AS readers of this site are duly aware, certain constants stand steadfast. In the main, there is zero tolerance for PC bull-crap, that which lends to an unwillingness to pussyfoot around, come what may. In other words, above all else, yours truly is beholden to no one, even though grateful for this and that access to a high-level network of experts, some of whom are sources and the like. Resultant, it goes without saying that particular associates require full anonymity, emphasis placed. Regardless, the end-product of all efforts rests solely herein. 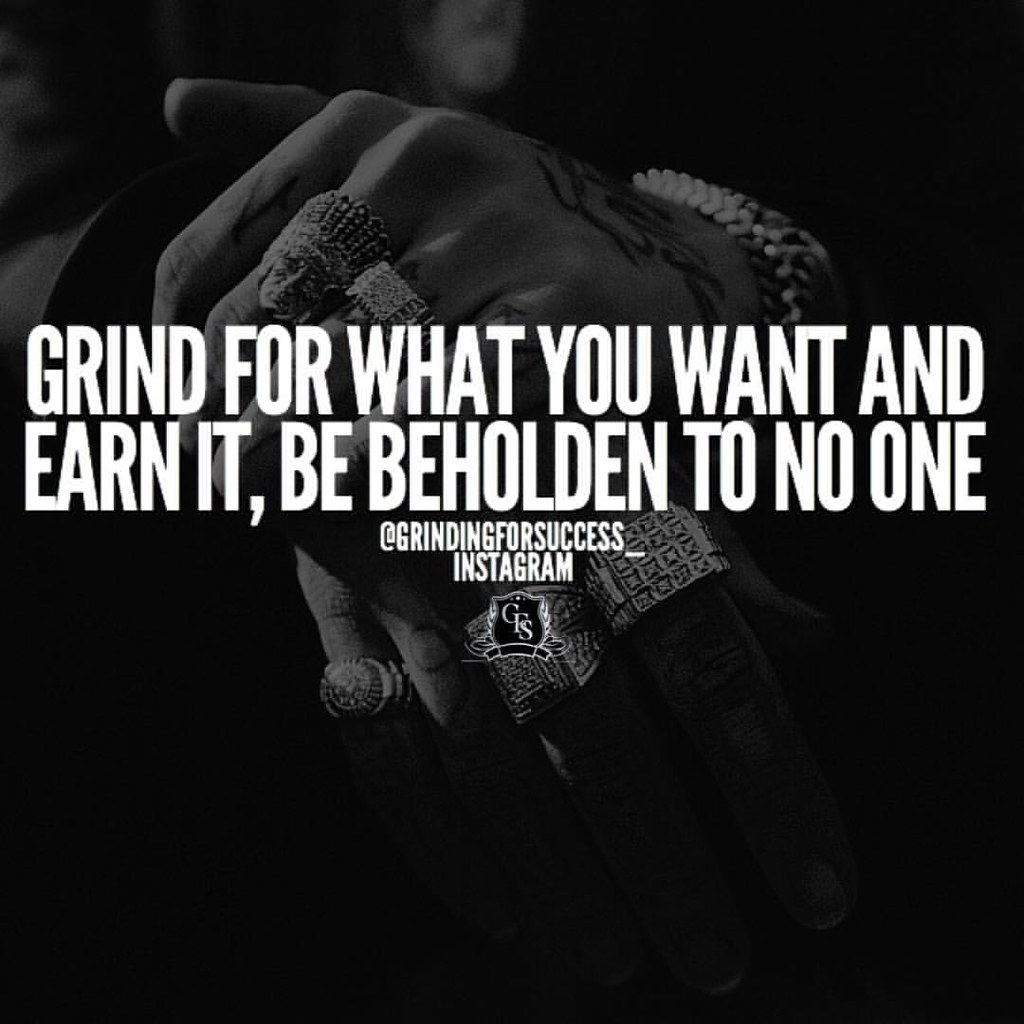 THAT being firmly established, only fools or knaves can’t smell the coming wildfires in the (American) air, the likes of which haven’t been seen since the first Civil War. No exaggeration. In fact, stoking its flames has become an official “sport”, and with Obama Inc. in the forefront with mega buck Soros aligned surrogates.

The Obama administration’s former Attorney General Loretta Lynch has made an impassioned video plea for more marching, blood and death on the streets – a video that was later posted on the Facebook page of Senate Democrats as “words of inspiration.”

The video is less than a minute long and begins by stating that people are experiencing “great fear and uncertainty,” with the unstated implication it is due to Donald Trump’s takeover of the White House.

Without offering any specifics, Lynch goes on to say that “our rights” are “being assailed, being trampled on and even being rolled back.”

But the strongest words come in a statement that seems to suggest the answer is street action that will inevitably turn bloody and deadly.

“I know that this is a time of great fear and uncertainty for so many people,” Lynch says. “I know it’s a time of concern for people, who see our rights being assailed, being trampled on and even being rolled back. I know that this is difficult, but I remind you that this has never been easy. We have always had to work to move this country forward to achieve the great ideals of our Founding Fathers.”

Lynch, who is scheduled to receive the Thomas Jefferson Foundation Medal of Law from the University of Virginia, goes on to say: “It has been people, individuals who have banded together, ordinary people who simply saw what needed to be done and came together and supported those ideals who have made the difference. They’ve marched, they’ve bled and yes, some of them died. This is hard. Every good thing is. We have done this before. We can do this again.”

Lynch is most well-remembered for her famous private meeting with Bill Clinton, her former boss, on her airplane while a federal investigation into his wife, Hillary Clinton, and the private email server she maintained as secretary of state was under way. Obama stood behind her when the news leaked out about the secret meeting on her plane sitting on the tarmac of Phoenix airport.

Lynch said her conversation with Bill Clinton did not touch on the FBI’s investigation into his wife’s private email setup at State.

Lesser known about Lynch’s history is that she was the prosecutor assigned to the biggest bank scandal in history – the probe of HSBC’s involvement in money laundering for terrorists and drug cartels lodged in 2012 and a scandal revealed first in WND, long before she was nominated for the post of attorney general.

When WND revealed the evidence provided by a whistleblower inside the giant global bank, HSBC used its immense power to persuade bandwidth providers to take WND offline – a situation that was remediated within hours.

MIND you, it is not lost on this investigative journalist just how dangerously effective the tactic of doublespeak is for stoking the flames, as L O R E T T A understands full well. Yes, in true Alinsky style, she dares to compare her “call to action” to “democratic” directives supported by the Founding Fathers! Beyond the pale. Moreover, as if enough mayhem isn’t already roiling the streets (prior to the former AG’s commands to leftist/Islamist shock troops ala future chaos and murder, albeit, if “necessary”), Obama Inc.’s orders have more than left the (revolutionary) station.

THUS, it hardly takes a rocket scientist to figure out what’s what and who’s who in prepping the upcoming ground for civil war, be it next year or several down the line. Not only that, what took place during the out-sized wildfires in the 1960’s/70’s will be looked-back upon as child’s play, when compared to what lies in wait. Guaranteed.

IN this regard, listen up to the following prescient words of wisdom – a full-throttle clarion call – from one in the counter-terror and counterintelligence know; having spent years within this dual-based arena – stateside, as well as from deep inside the belly of the Islamic beast, the fiery Middle East!

Pending Civil War in America
By: Dave Gaubatz
March 4, 2017
I have written about this issue a few times and believe we are now closer to this happening in America between the liberal nation of America and the conservative nation. There is a smell in the air that our beautiful country is about to erupt. No longer do liberals and conservatives march on and work with one another.
Obama set us on this course and it is my belief he did it intentionally to advance the Islamic ideology throughout the world. It is no secret he was pro-Islam to the millionth degree. A little story from behind the scenes. So much is going on about whether the Republican aides had contact with Russia. Now when Obama was running for President he had meetings with terrorists like Bill Ayers. In 2008 my team had infiltrated the Muslim Brotherhood known as CAIR. I had several people working from inside CAIR. Guess who showed up at CAIR before Obama was elected in 2008. You guessed it, it was Obama’s entourage. They were working with the Muslim Brotherhood leaders. Why no investigation? You guess why.
There is so much hate in the air between liberals and Muslims against the American patriots (conservatives). The liberals are like a pack of rabid wolves. This type of toxic atmosphere can not last forever. It is my analysis that war (physical) will erupt in America before ten years go by. The Islamic leaders are pushing this agenda and have been doing so for decades.
The vast majority of colleges are liberal and the professors are brainwashing our children. The liberal children have become zombies with hate in their eyes and actions. It reminds me of the years I spent in South Korea. The students were protesting more than they were in school. They were violent.
Now the most important question. What can we do? America is like a car on inches of thick solid ice. We are cruising at 100 miles per hour and out of control. We have crossed the line of no return. There will be a war in America and there is absolutely nothing that can be done at this point except to prepare for it.
I encourage all families to begin preparing for a long battle. Have at least a years supply of food and water stored. Keep your 2nd Amendment rights alive. You do not want to wake up one day when hell breaks out and have to tell your children or grandchildren that there is no food. Then you look out your window and savage people are coming to your door to steal what you have and willing to kill for it. A kitchen knife is just not going to do it. Prepare now or your children will suffer.
MOST significantly, if any rational American still believes that Islamists + Marxistsare not inextricably aligned (and for many decades too) in bringing down “Amerika”, well, it’s your funeral(s). Indeed, the evidence is overwhelming, as to their collusive nexus, regardless of all attempts to decouple their ties.

BUT if anything of late smacks of the above truth-telling, look no further than here for additional confirmation:

WHAT is TOTALLY rendered an omertà – akin to the plague – is the continuous part played by Allah’s Muslim Terrorists, not only in their OPEN threats to the “infidel” public, but in their DIRECT nexus to leftist revolutionaries! How can this be? Incontestably, that linkage entails the poisonous fruits accrued via the oft cited red/green alliance. Mind you, it is not as if this site is void of (more than enough) indictable proof of the same. For heavens sake, it is this site’s overriding basis!

Entitled Black Flags from Rome, the December 2015 manifesto includes a section called European Muslims Allying With Left Wing Activists which states that jihadists and left-wingers “will start to work together in small cells of groups to fight and sabotage against the financial elite.”

STILL yet, if the above doesn’t scream out, yes, the aforementioned deadly alliance must be uprooted (with Bill S.2230 as the FIRST corrective course of action), perhaps featuring a linked analysis from Jan. 2015 should render (some of) the mandatory clues. Introducing, a major Muslim Brotherhood Mafia Islamic jihadi, Linda Sarsour!

BET you thought the above was “old news”, alas, officialdom must have placed her jihadi ass in jail! If so, you would be manifestly, gravely, and deadly wrong.

Linda Sarsour, one of the organizers behind Saturday’s Women’s March, being held in Washington, D.C., was recently spotted at a large Muslim convention in Chicago posing for pictures with an accused financier for Hamas, the terrorist group.….

BTW, this too is a bird’s-eye view into Sarsour, a highly connected Brotherhood Mafia (“Palestinian”/Hamasnick) Muslima darling.

PATRIOTS, the January 2017 “Women’s March” was merely the most highly visible shot from this deadly alliance, since President Trump took office. And those who fail to see the writing on the (national) wall will go down in history as complicit. After all, it is not for nothing that the following dictums have withstood time: “he who is silent is taken to agree“, aka “silence implies/means consent.” Yes, so too is there an inherent truth within: “the unexamined life is not worth living.” Incontestably.

SO, at the end of the upcoming civil war, as always, there will be winners and losers. Inestimably, wishing it doesn’t come to pass won’t make it so. The die has been cast. Set in (metaphorical) stone.

BUT know this: if millions of patriots fail to “withstand the test of time”, relying on others to execute the heavy-lifting and a myriad of all-important supportive services, future generations will be very unkind. Unforgiving. Deservedly so – to those who sit on the sidelines!

If This Were the Day
January 22nd, 2021 TCP News
Tweets by Conservative Firing Line