Sometimes Tucker Carlson makes more sense than we’d like. But in a segment on Fox, he reminded us all that things may be changing during this pandemic in a way that may be difficult to reverse here in the United States. Dissent, once a mainstay of Americans dissatisfied with what they see, is now denied. 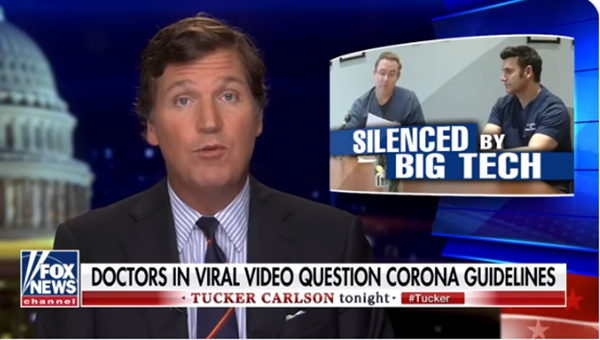 “Big companies partnering with the government to spy on you without your knowledge. Americans locked in their homes, banned from going to church, placated with sedatives like beer and weed. Anyone who speaks up is silenced. Political demonstrations are illegal. Organizers are arrested. Only opinions approved by unelected leaders are allowed on information platforms. Sound familiar? It sounds a lot like China. Of all the many ironies of this moment, so many of them bitter, the hardest to swallow is this: as we fight this virus, we are becoming far more like the country that spawned it. We’re becoming more like China. It’s horrifying.

It tells you everything that our professional class enthusiastically welcomes this. Over the weekend, The Atlantic magazine published an article by two academics calling for an end to freedom of speech in America. Their model for an idea system: the totalitarian government of China.” Tucker Carlson

So let’s review: Facebook and YouTube removed videos and posts that go against WHO recommendations to spread “disinformation.” Mark Zuckerberg recently said that he’d allow anyone to say whatever they want and only take down “disinformation.” He allows his overlords to restrict anything said or posted.  But what is “disinformation?

The video of the two doctors that went through solid statistical information on the coronavirus was removed from YouTube. They simply questioned the need for such Draconian measures to deal with COVID-19. They QUESTIONED authorities. That in itself is the bottom line here: punishment is meted out for questioning anything to do with the pandemic. Big Tech and governments refuse to hear any dissenting ideas. Dialog is literally disabled.

Protests have been declared illegal in California, which has garnered a lawsuit (LA Times) aimed at Gov Newsom and the CHP for banning protests against the stay-at-home order. Michigan has perhaps the most rigid measures of all, which has drawn criticism from lawmakers and residents alike. Gov Whitmer extended her order to the 15th of May, which brought about a lawsuit on behalf of five businessess over the destruction of their Constitutional rights. (Fox2)

There are many other lawsuits pending in the states that have issued harsh orders, and Attorney General Barr has ordered his US Attorneys to act vigorously against the Governors if orders push against the Constitutional rights of the citizens (Daily Wire). This is good, unless no one follows through with it.

Dissent against the orders is not tolerated either in protests or on social media. Big Tech, Democrats, Big Government elitists, it’s all an agenda designed to turn America into something besides a Constitutional Republic. Those who love such things have an agenda of power and control that has nothing whatever to do with your health. 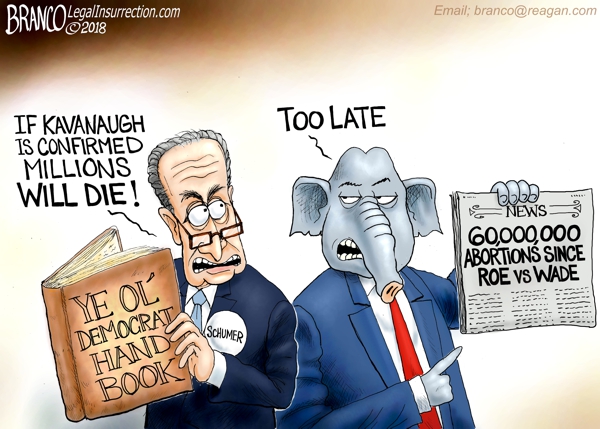 Cartoon of the Day: By the Book