Joe Biden’s critics contend he can’t get his story straight on several subjects, and that includes a claim he reportedly made to Jewish leaders this week about visiting the Tree of Life Synagogue in Pittsburgh following a 2018 terror attack, an event that apparently never happened, according to the New York Post.

The newspaper is reporting that after Biden recounted his alleged visit during a 16-minute virtual address Thursday “ahead of the Jewish holidays Rosh Hashanah and Yom Kippur,” Tree of Life Executive Director Barb Feige revealed Biden “did not visit the synagogue in the nearly three years since the anti-Semitic attack.”

Eleven people were killed at the Synagogue when a suspect identified as Robert Bowers, 48, opened fire while shouting “All Jews must die!” That’s how CBS News reported it at the time. Bowers was taken into custody.

This latest flap erupted as Biden’s poll numbers are sliding in the wake of the Afghanistan debacle.

New York magazine’s Intelligencer notes, “Given how Americans are feeling about current conditions in the country (at RealClearPolitics the right track/wrong track polling averages have eroded from 44-50 in May to 30-60 now), it’s not that surprising that Biden’s job-approval ratio is now underwater for the first time (47 percent approve to 49 percent disapprove in the straightforward RCP averages and 46.7 percent approve to 47.2 percent disapprove at FiveThirtyEight, which adjusts polls for partisan bias, and weighs them for reliability).”

Earlier this week, Rasmussen revealed that only 34 percent of likely voters “think the country is heading in the right direction.” On the other hand, an ominous 61 percent of likely voters “believe the nation is headed down the wrong track.” That’s down a point from this time last year, when 31 percent believed the nation was going in the right direction and 63 percent said it was moving in the wrong direction, Rasmussen recalled.

But now Biden appears to be remembering things that apparently did not happen. That cannot be reassuring to the American public.

Several days ago, a separate Rasmussen survey showed 52 percent of likely voters think he should resign from office in the wake of the Afghanistan crisis. 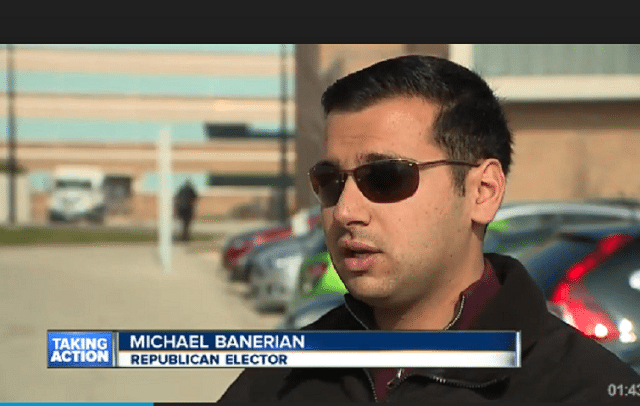 Right Report
BREAKING: One Of The Jan. 6th “Protestors” Mysteriously DIES And Guess What- He Was Also THIS (Video)
AFF

Right Report
BREAKING: One Of The Jan. 6th “Protestors” Mysteriously DIES And Guess What- He Was Also THIS (Video)
AFF