The more we learn about what actually happened at Marjory Stoneman Douglas High School where 17 people were murdered, the more we have reason to be concerned.  Writing at Liberty Unyielding, Ben Bowles tells us:

We now know, for example, as J.E. Dyer pointed out yesterday, that Scot Peterson, the Broward County Sheriff’s deputy assigned to security at the school but who stood idly by as the killings took place, wasn’t the only derelict member of the force. Three additional deputies arrived at the school and also proceeded to wait outside the building rather than spring into action.

Now comes word of a previous “incident” involving Peterson and Cruz that occurred in 2016 and is mentioned in a social services agency investigation into Nikolas Cruz. Via The Washington Post:

According to a Florida Department of Children and Families report detailing that investigation, Peterson was approached by investigators and “refused to share any information … regarding [an] incident that took place with” the teenager.

That same year, the sheriff’s office revealed Thursday, it was told about “third hand information” from a “neighbor’s son” suggesting that Cruz “planned to shoot up the school,” although the specific school was not listed. The sheriff’s office said a deputy contacted the caller, determined that Cruz had knives and a BB gun and sent the information to the school resource officer. …

Meanwhile, unhinged anti-gun liberals want to blame the NRA and are now encouraging companies to discriminate against law-abiding Americans who belong to the organization.

And while you’re at it, go here and get this book by Susan Swift: 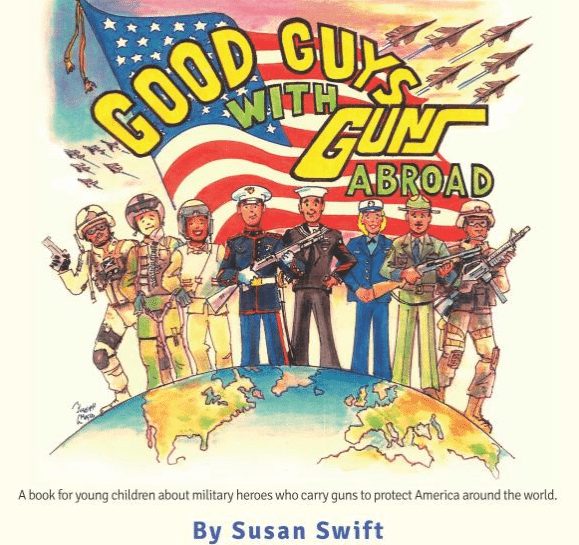 Jailing The Preacher: Canada Is Demonstrating What Tyrants Will Do Unrestrained! They Cannot Produce Evidence of COVID-19
April 20th, 2021 Sons of Liberty Media
Tweets by Conservative Firing Line