Perhaps emboldened by what appears to be disarray within the National Rifle Association’s leadership, The Hill is reporting that “Democrats and allies” in the gun prohibition camp are “looking to capitalize on turmoil” during the 2020 election cycle.

Anti-gun Rep. Ted Deutch (D-FL) told The Hill, “You now have the combination of this powerful array of citizen lobbyists, moms, kids, families, all of whom are sick and tired of seeing people die in their communities. It’s little wonder that the NRA is weakening, that they’ve got so many internal problems, that they’re plagued by investigations…Now’s the time to capitalize on that.”

The story quotes Shannon Watts, founder of Moms Demand Action for Gun Sense in America, asserting, “Their power is certainly diminished, and we see candidates reflecting that back,”

“For a long time, Democrats and Republicans alike were cowed by the gun lobby,” she reportedly said. “That’s not the case anymore.”

It’s the same essential observation made by John Feinblatt, president of Everytown for Gun Safety, the “umbrella” group for the Mom’s organization.

As noted by The Hill, the NRA spent $36 million in 2016 to help elect Donald Trump. But will that be the case next year? The organization’s revenue has reportedly been diminishing, and it is currently embroiled in several legal cases. Plus, there has been a significant shakeup at the top, with NRA’s chief lobbyist Chris Cox resigning after having been placed “on administrative leave” for alleged involvement in what many have described as an attempted “coup” to oust longtime NRA leader Wayne LaPierre.

“But with the organization in transition, Democrats see it is a prime opportunity to push back on the issue of gun violence,” The Hill reported.

Translation: The “push” is going to be for more restrictive gun control measures. Gun rights activists at the grassroots level have contended for several years that Capitol Hill anti-gunners and their allies in the gun prohibition lobby are trying to erase the Second Amendment from the Bill of Rights.

What gun prohibitionists don’t seem to ever grasp, however, is that NRA, and in a broader sense, all gun rights activists whether they are NRA members or otherwise, fight hardest and with fury from behind circled wagons. While lethargy is a nasty habit among average gun owners, if something fires them up, they change the political landscape. Just ask Hillary Clinton or Al Gore. 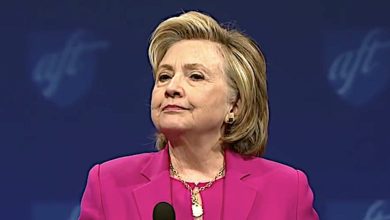