With midterm elections next year, the Democrats are scrambling to raise money.  Despite their big talk that the Trump presidency is over and the Republican Party is in shambles, the fact remains that Republicans are out-raising Democrats by a wide margin.

Last month, for example, the GOP raised three times more than the DNC.  In July, Democrats raised a paltry $3.8 million, the lowest they’ve raised in July in a decade.  Republicans, on the other hand, raised $10.2 million.

The total on hand for each party is: Democrats $6.9 million, but the have debts totaling $3.4 million leaving them with just $3.5 million.  Republicans have $47.1 million with no debts.

These numbers are even more frightening considering how much money they had to play with in the presidential election.  Hillary Clinton spent some $1.2 billion on her campaign and Trump spent just half of that.  In the special election this year in Georgia, Democrat Jon Ossoff spent more than double his Republican opponent and he, too, was easily defeated.

Extremely smart pundits: Ha ha, Trump is finished!
RNC: We are getting so many donations we don’t know what to do with them. pic.twitter.com/OJ6WCGLCZQ

When you consider just the Senate races in 2018, the money advantage paints a pretty dim picture for the Democrats.  Republicans are facing eight elections, two are vulnerable but more so from primary challenges than from Democrats.  Democrats on the other hand, are defending 23 seats, eight of which are in states that Trump won, most by large margins.

I believe that the major reasons that Democrat donors are staying home is that they have donated big bucks just to see that money go to waste.  The second reason is strategy.  The donors tend to be far left-wing extremists.  They want advertising which not only turns off Republicans but many Democrats as well.  They plan to either start PACs or donate to PACs that allow them to direct how their money is spent.

When your liberal friends try to tell you Trump has no support and that Republicans are hurting because of that, show them this article. 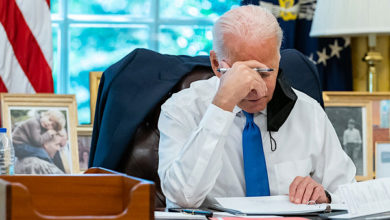