The recent passage of the omnibus spending package written by Paul Ryan, three other RINOs and a whole host of lobbyists sounds the death knell of the republican party.  Ronald Reagan once said that he did not leave the democratic party, they left him.  Well, folks, the republican party has left us.  It has officially ceased to exist thanks to Paul Ryan, Reince Priebus and a whole class of clowns fighting over special interest money.  It’s time for us to step back and decide on a course of action.

First, I would like to share with you what the democrats are saying about this spending bill and remember in the House where republicans have a 58 seat edge over democrats, more democrats voted for this bill than republicans.  And why not?  This bill is a wet dream for liberals and they didn’t have to fight for a thing.

This compilation of liberal comments was composed by Breitbart News:

“I said I would not accept a lot of [conservative] ideological riders that were attached to a big budget deal,” President Barack Obama said Friday, at his end-of-year press conference. “And because of some terrific negotiations by the Democrats up on Capitol Hill and I think some pretty good work by our legislative staff here… it was a good win,” he said. “We met our goals,” he said.

In 2015, “we wanted to get rid of sequestration, we were able to do that,” gloated the Democrats’ leader in the Senate, Sen. Harry Reid (D-NV)

“Well, if you would’ve told me this year that we’d be standing here celebrating the passage of an omnibus bill, with no poison pill riders, at higher [spending] levels above sequesters than even the president requested, I wouldn’t have believed it, but here we are,” Democratic Sen. Chuck Schumer told reporters shortly after the $1.1 trillion omnibus bill was passed.

“Almost anything, the Republican leadership in the Senate achieved this year, they achieved on Democratic terms… Democrats had an amazingly good year,” he declared.

Some of you, for the second time this morning – thank you for coming by. We’re very pleased to say that today, we delivered sweeping victories for hard-working American families. The Omnibus bill makes vital investments that will create jobs, strengthen our future and grow the paychecks of American people… We passed the best possible, under the circumstances, appropriations bill… the Republicans’ obsession with lifting the oil-export ban, they really gave away the store. Democrats were able to strip scores and scores of poison pills, destructive poison pills, some of which they had to have, which they ended up with not having… it is a monumental improvement… But again, we feel very, very good about what it is.… and thank the Speaker for his cooperation.

You can watch it all here, including the claim by Maryland Rep. Steny Hoyer (D-MD) , the Democrats’ deputy leader, that “this was an extraordinarily big victory.”

The last time there was a victory this complete was at the Little Bighorn.  Here is what I think we need to do.  If you are reading this, you obviously own or have access to a computer, tablet or phone.  Use Google to see if your representative (And later your senator) voted for this package.  If they did, try to find an alternative in the primary to drive them for office.  If that fails, vote for the democrat in the general election.

I know many of you are ready to drop bombs on me but ask yourself this question, “What would be different if democrats controlled both houses of congress?”  Republicans own both Houses now and can you point to a single victory?  Now, let ma ask you this, “Wouldn’t it be better if democrats were blamed for crippling the American economy, racking up huge deficits , importing terrorists and basically wiping out all America has been and all we had hoped it could be?”

Then conservative politicians (Whom I believe we should continue to support, will create a new party based upon conservative principals who are motivated by idealism and not a quick buck for their reelection campaigns?”  It won’t help people my age and it may not even benefit my 23 year old son, but keeping that status quo will not benefit my grandchildren or yours.

Over the next week or two, I will be unveiling a plan of action against the republican party and I hope you will join me in the battle.  If not, no hard feelings because that is your right under the US Constitution, but enjoy it now because soon the republicans will do the dirty work of destroying that once Obama is out of office. 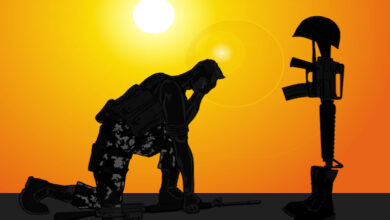