The Democratic Party is proving once again that they are capable of stealing elections – even though, overall, Republicans outperformed them in the midterms.

In Arizona last night officials kicked out some of the free press covering the governor’s race between Kari Lake and Katie Hobbs. This was a stark indication things are about to get real serious. A representative of Real America’s News and the Gateway Pundit were blocked from the Maricopa County vote center. They were told officials are not interested in the First Amendment.

Expect to see, in the coming days, the blatant theft of the election from Kari Lake, U.S. Senate candidate Blake Masters, secretary of state candidate Mark Finchem and Attorney General candidate Abe Hamadeh. The steal is the Democrats’ window dressing behind the heroic performance of the Republican team in 2022. The Democrats and the fake media will sell the idea that this is how the Republicans’ Big Red Wave died an ugly death.

Over in Nevada, expect to see Adam Laxalt’s victory for U.S. Senate potentially snuffed out as well.

This is a travesty – an apocalypse for America.

“It’s hard to understand this,” said Tucker Carlson on his Fox show Thursday night. “It’s not a resource problem certainly. The budget of Maricopa County is about $4.5 billion a year. For perspective, the entire Hoover Dam cost $890 million to build, and yes, that is in adjusted dollars. For the price of five Hoover Dams, Maricopa County can’t even count the ballots in a single statewide election in a country that claims to care about democracy.”

The Democrats have decided they need to kill democracy after all. It’s not just happening in Nevada and Arizona. Key House races all along the West Coast of the country in California, Oregon and Washington state are still unsettled today.

“They’re saying they haven’t counted the votes,” said Carlson. “Really? What is this? Is this fraud? We’re not sure and on some level, it doesn’t matter what it is. What we know is that the mechanics of our elections are not working almost exclusively in states and cities run by Democrats. Are they cheating?”

The proof is coming. Tucker is a good man. But the steal likely is already a done deal.

He continued: “Democracy is a faith-based system. You have to believe in it in order for it to work, but who could believe in this? Our news media, in case you haven’t noticed, have spent the last several years ‘defending democracy.’ You would think the democracy defenders would care about the collapse of democracy, but just the opposite. They’re telling you it’s all completely normal. It’s always been this way.”

“In cases where there was chaos and delays in vote-counting over the past several election cycles, what percentage of the ultimate winners turned out to be Democrats?” Tucker questioned. “Now, in a fair system, you would think the proportion would land somewhere around 50%, a coin toss, but we checked. Oh, and that’s not the case. In 13 recent races, we looked at where election delays were well-publicized. Ten of them ultimately went to the Democrat, 10 out of 13, 77%. It’s not a coin toss. It’s a very high average.”

Are you taking this in?

“Take, for example, the 2018 election in Orange County, California,” he said. “Republican congressional candidates and three of the four Republican-held districts in Orange County had huge leads on Election Day, but in the weeks following the election, those leads disappeared. They evaporated. In the end, Democrats flipped each of those seats in Orange County, which not that long ago was a very conservative area, in some places still is.”

How could this happen in the heavily Democratic state with a minority of Republican districts?

“Well, the San Francisco Chronicle reported that 250,000 vote-by-mail drop-off ballots came in. Many of those ballots were brought in to polling stations by paid ballot harvesters,” Tucker recapped. “The Orange County Register put it this way: ‘People were carrying in stacks of 100 and 200 of them. We had multiple people calling to ask if these people were allowed to do this,’ but of course, they were allowed. That was the point.”

Yes, Democrats have been experimenting with voter fraud for years. And it’s happening right now – in far more nationally consequential races – like Lake’s, Masters’ and Laxalt’s. Not to mention President Donald Trump’s just two years ago.

This is a nightmare! Are we going to accept this?

Don’t fall for the fake media’s narrative. Once again, our election is being stolen, rigged, ripped off – in plain sight! 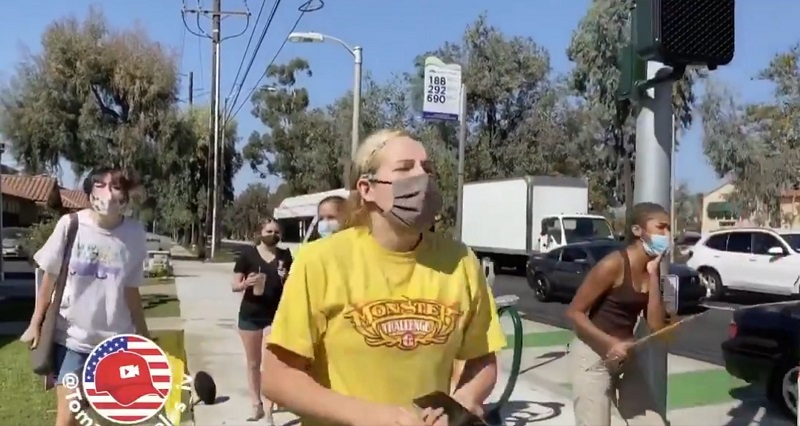 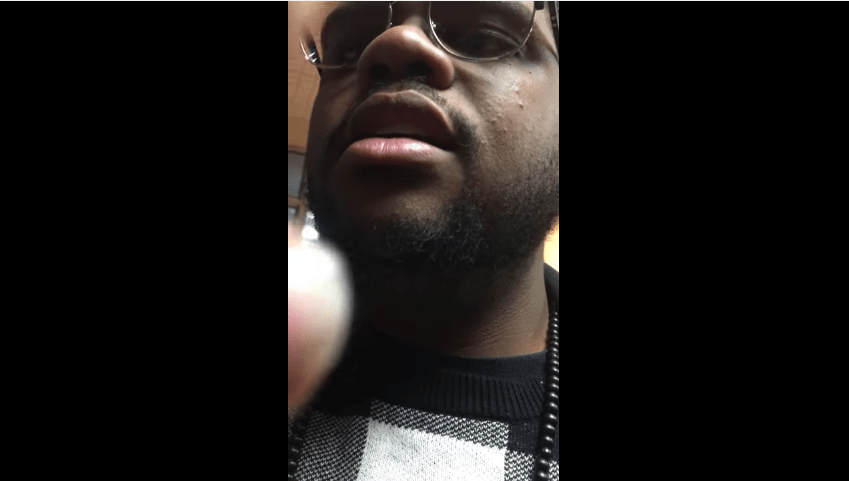 Liberal mob threatens female talk show host at Univ. of Wisconsin-Madison as police do nothing — Video 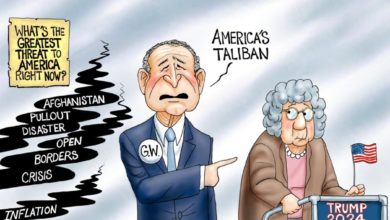 Cartoon of the Day: Oh, The Terror