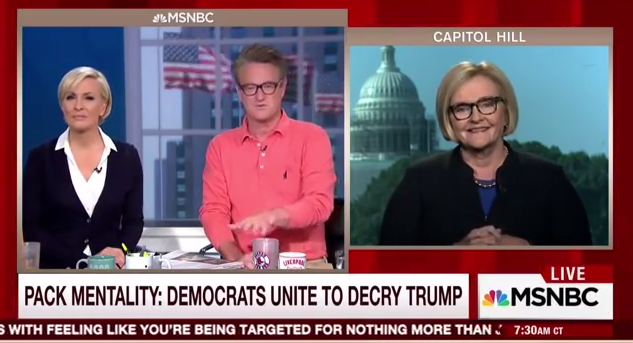 While appearing on MSNBC’s “Morning Joe,” Sen. Claire McCaskill, D-Mo., said the founders were “a bit maniacal” when they formed what she called our “democracy.”

One YouTube commenter corrected her: “Ummmm, Senator, I hate to be the one to tell you, but this country is supposed to be a ‘Constitutional Republic’. Remember the Constitution?”

Another person added: “Liberals: Scratch one too deep and you find a fascist.”

Here’s the video of her comments.  The claim can be heard at about the 1:28 mark:

Sen. McCaskill says our founding fathers were a bit maniacal. I think they would say the same about us today.#Truth pic.twitter.com/wV1LVnxsdQ

Joe Scarborough came back commenting about separation of powers, but as Twitchy observed, “that would keep government officials from making any law they want!”

Charges Announced in the Death of Daunte Wright
April 14th, 2021 Flag And Cross

Officer Responsible For Shooting And Killing Ashli Babbitt During Capitol Riot Will Not Face Charges
April 14th, 2021 The Political Cowboy