On Thursday, Fox News’ Tucker Carlson discussed an effort by Hollywood liberals to further the Trump-Russia conspiracy theory with actor and producer Rob Reiner, who recently formed an organization called the “Committee to Investigate Russia.”

Carlson started the segment with an ad wherein actor Morgan Freeman declares that we are at war with Russia.

“We have been attacked… We are at war… The free world is counting on us for leadership. For 241 years, our democracy has been a shining example to the world for what we can all aspire to [be],” Freeman says.

“How would you respond if President Trump took you seriously and sent the B-52s to St. Petersburg or blockaded the Gulf of Finland? Would you support that?” Carlson asked Reiner. “When does the bombing start, exactly.”

Reiner clarified that his group is not claiming that Russia attacked the United States in a conventional military sense, but has instead conducted a cyber war on our electoral process and elsewhere.

Carlson said that, either way, it is ironic that Reiner and fellow Hollywood liberals are suddenly on the side of ‘hawks’ like Bush speechwriter David Frum and author Max Boot, rather than aligned with anti-war factions.

“We’re not advocating going to war… or a traditional war with Russia,” he said. “We’ve been invaded in a certain way.”

Reiner said that Americans cannot fathom cyber warfare the way they understand conventional wars like World War II and the Iraq War. He recalled sheltering under his school desk during fallout drills in the 1950s.

“If you watch the entire video, it talks about cyberwarfare,” Reiner told Carlson. “It talks about how he was able to use the Internet and cyber tools to attack the U.S. democracy, which is what they did.”

Carlson attempted to catch out Reiner with whataboutism over Hollywood’s relationship with China, arguing that Chinese company’s and the state had also conducted cyber warfare on America and American companies. Carlson suggested Hollywood had no interest in Chinese hacking as there was money to be made and suggested the studios kowtowed to China’s strict censorship laws.

Carlson continued to press Reiner on the China question and the director continued to push back but his frustration was palpable.

Reiner batted that question away by suggesting that the issues were different and China had never tried, and succeeded in influencing American elections.  “It’s not about hacking into computers and stealing information, it’s about using that information and weaponizing it in some way,” Reiner said.

“Anyone who looks at cyber warfare. Any honest person will tell you. The Chinese military is the primary culprit in the United States, hacked into the White House not that long ago, into the computer system there, into almost every federal agency. Nobody said anything. You guys in Hollywood sell your movies in China. You bow to the imperatives of their propaganda and censorship offices. You change your movies to suit them. And yet no one says we are at war with China and I wonder why,” Carlson said.

“So your sucking up to this regime that has actually broken in and stolen industrial and military secrets that hurt this country, you say nothing, until Hillary Clinton loses the election,” he added.

“A  lot of this is deeply disingenuous,” Carlson told Reiner.  He correctly observed that Hollywood leftists like him have taken the exact opposite position on warfare in the past.

“You say nothing until Hillary Clinton loses, and then we’re at war,” Carlson argued.

“The Chinese didn’t try to affect an election,” Reiner said in response.

Reiner’s credits include producing “All in the Family,” “A Few Good Men,” as well as “Seinfeld,” which was produced by his “Castle Rock” production company. 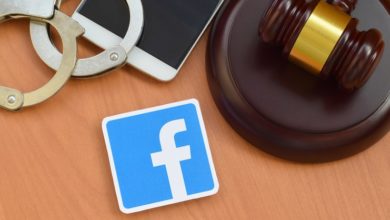