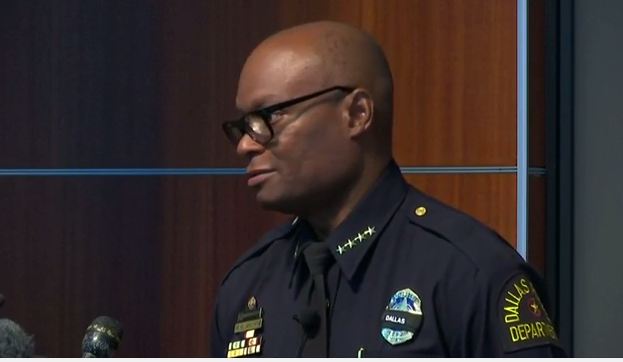 “We’re taking them all as credible, whether they can be confirmed or not,” he said Monday.  Other officers in the department have received threats as well, he added.

The police chief said the language of the threats was disturbing enough that the department is taking them all “very seriously,” “for the sake of our families.”

During negotiations with police officers on Friday, suspected gunman Micah Johnson, an Army veteran, allegedly said that he wanted to kill white people, particularly cops. Johnson was killed by a bomb-toting robot after conversations with hostage negotiators broke down.

Over the weekend, scattered outbursts of violence marred otherwise peaceful Black Lives Matter protests organized in cities across the country to protest the fatal police shootings of Alton Sterling in Louisiana and Philando Castile in Minnesota. Dozens were arrested, and at least five officers in St. Paul, Minnesota were hit by projectiles thrown by protesters, according to CNN.