There is no justice in California. The 1st District Court overturned the firearms possession conviction against Jose Inez Garcia-Zarate (AKA Francisco Sanchez), the man who shot Kate Steinle in 2015 (Fox). He is still in custody, facing Federal firearms charges.

Kate died on July 1, 2015 after Zarate fired a stolen gun, striking her as she walked along the San Francisco waterfront with her father and a family member. The gun belonged to a Bureau of Land Management ranger, and it had been stolen out of his vehicle a week prior.

A jury found him not guilty of first and second-degree murder, involuntary manslaughter, and assault with a semi-automatic weapon in November of 2017. They found him guilty of felon in possession of a weapon. On Friday, even that charge was overturned because the court said that the judge failed to instruct the jury in one of Zarate’s “defenses.”

Funny, the jury was not advised of Zarate’s felony record, either. But the appeals court dismissed the firearms possession charge because the judge didn’t tell the jury about his “defenses.”

The 9th Circuit Court had already upheld a lower court ruling that dismissed the wrongful death lawsuit against San Francisco filed by Steinle’s family. They alleged that it was the sanctuary policy along with the County Sheriff that led to her death. Zarate had been released from jail three months before Steinle’s death, and jail officials did not notify immigration authorities due to the SF Sanctuary policy. The family was right, it was the sanctuary policy that killed their daughter.

This case has been one long nightmare after another for the family of Kate Steinle. Democrats blocked “Kate’s law” in 2016 which would have defunded sanctuary cities, and provided mandatory sentences for criminal illegals who were previously deported. Zarate had been deported five times prior to Steinle’s death.

Apparently illegals are a ‘protected class’ in sanctuary areas like California. 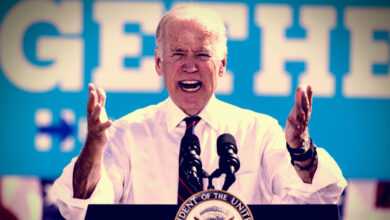 Biden at 490 Days of First Term: Falls to Most Disliked President in Modern History 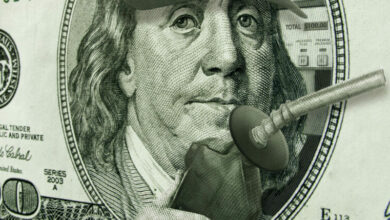