According to a new report, Joe Biden wrote a recommendation letter for the son of Hunter Biden’s Chinese business partner.

This is exactly the sort of corruption that the millions foreigners gave the Biden family was meant to buy.

According to a new report published by Fox News Digital, Biden wrote the recommendation in 2017 when he was Obama’s Vice President. Biden’s vouching was seen in emails between Hunter and his business associates involved in his firm Rosemont Seneca’s joint venture with Chinese investment firms Bohai Capital and BHR.

In an email dated Jan. 3, 2017, and sent to Hunter Biden and his business associates Devon Archer and Jim Bulger, CEO of BHR Jonathan Li writes:

Li goes on to attach an “updated version” of his son’s “CV” in a subsequent email.
Hunter’s associate, James Bulger, cc’ing Hunter and Archer, replies saying they have “received the updated version of the CV.”

“Lets [sic] see how we can be helpful here to Chris,” Bulger writes.

“Jonathan, Hunter asked me to send you a copy of the recommendation letter that he asked his father to write on behalf of Christopher for Brown University,” Schwerin wrote.

But this is precisely the sort of corruption that all this was meant to facilitate. And it is exactly why this needs to be stopped at all levels of government. This is the least of the corruption, but it really is typical.

The return of Andrea Tantaros – sort of 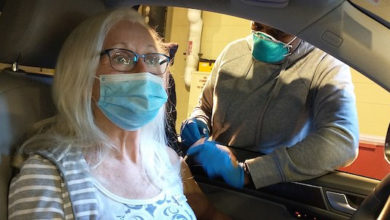