Words can have consequences.

Police across America are now calling for her arrest AFTER her “prediction” was soon validated in Florida.

The man, identified as Masoud Yareioeill Zoleh on his passport, was armed with several knives, a machete and a pickax. Zoleh was arrested at Bradley Park, which is on the east end of the Flagler Memorial Bridge, according to Palm Beach police spokesman Michal Ogrodnick.

Police responded to a call at around 9:30 a.m. and found Zoleh, who also had $22,000 on him and had a car parked at the Palm Beach International Airport.

What might be most troubling about the entire thing is that just days ago, “Squad” member Rep. Ilhan Omar called for Iran to go after Trump properties. Now that a real threat has been identified, cops around the country are calling for her to be arrested for inciting potential violence and threatening national security.

A Daily News photographer who was on the scene saw Zoleh being taken into custody by three Palm Beach police officers, along with two plainclothes officers whom he was told were from another agency. The man also had camping gear on him, according to the photographer. The Palm Beach Post published photos of the arrest.

The arrest on Friday morning came just days after Iran shot approximately twelve ballistic missiles at military bases in Iraq that house U.S. troops. This was in response to the United States airstrike that took out terrorist mastermind Qassem Soleimani, who was the head of the Iranian Quds Force, just outside Baghdad International Airport.

Secretary of State Mike Pompeo, appearing on the Ingraham Angle on Fox News said Thursday that Soleimani was planning “a series of imminent attacks” when he was killed.

Pompeo also backed President Trump’s claim that the multi-billion-dollar payoff made to Iran by the Obama administration likely helped provide the resources that Iran used to launch the attack on the military bases.

“All the things that we are now confronting are a direct result of the resources that the regime had available as a result of that terrible nuclear deal,” Pompeo said.

The timing of the latest incident comes on the heels of Congressman Ilhan Omar’s not so subtle suggestion in a tweet that the president’s properties worldwide might be a target.

“Trump needs to immediately divest from his businesses and comply with the emoluments clause. Iran could threaten Trump hotels “worldwide” and he could provoke war over the loss of revenue from skittish guests.

His business interests should not be driving military decision.”

Omar has made it quite clear that she throws down with America’s enemies. She also gained a little bit of controversy (shocker there) on Wednesday, when during a press conference, she said that the ongoing conflict with Iran have left her feeling “’a little bit ill’ because of everything that is taking place.”

“And I think every time I hear about—I hear conversations around war, I find myself being stricken with PTSD. And I find peace knowing that I serve with great advocates for peace and people who have shown courage against war,” Omar continued.

PTSD?? Is this nut serious? She suffers from PTSD because a known terrorist was taken out and Iran “responded” by tossing a few missiles at rather harmless targets in Iraq?

This is a tremendous disservice to the brave men and women in our armed forces, who have seen and done things in their lives that would have her running and hiding under her bed. What a pure, unadulterated insult to our military.

During the same conference, after her “PTSD” had calmed down, Omar was seen laughing and giggling, talking to other Democrat colleagues while Rep. Sheila Jackson Lee was talking about U.S. troops killed in war.

Her stunt did not go unnoticed. Twitter lit up with people criticizing Omar for carrying on like a twelve-year-old school child while Lee was speaking.

The so-called “squad” have shown that they are un-American and do not have the best interests of our country in mind, only their interest in pandering to the small constituency of brain-dead voters that elected them in the first place.

Read the entire piece at LET…

What do you think America?

Did Ilhan Omar inspire a potential terrorist to plan an attack on a Trump Hotel?

Did he come up with the idea totally on his own?

The bottom line is that we don’t need this Anti-American ***** speaking on Twitter or to microphones & cameras.

Her views are not representative of the majority, which is OK (Free Speech), and she is gameplanning for terrorists.

Free speech that gets Americans killed is not.

This woman has no place in Congress.

She needs to be arrested and then deported.

Ilhan Omar is an enemy of America and action needs to be taken before she gets someone killed.

This woman can not be trusted. 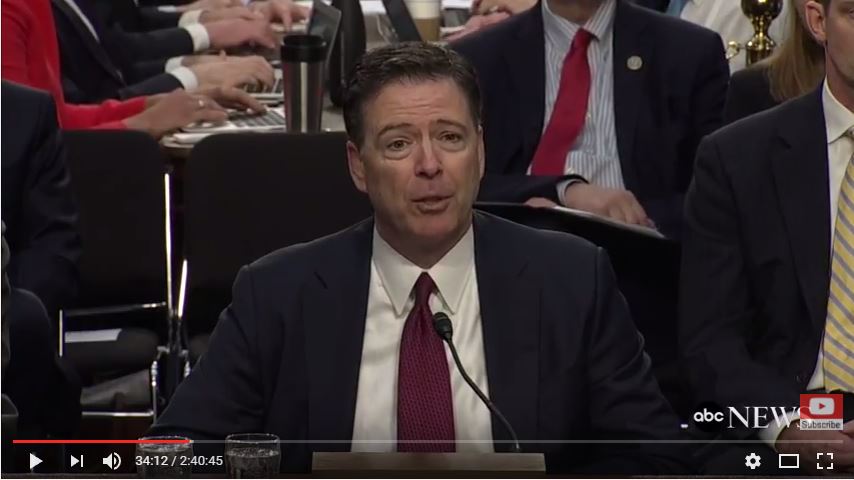