The strategy during the 2020 election that had various “foundations” use some $400 million-plus donated by Mark Zuckerberg as handouts to local elections officials for voter turnout operations in Democrat districts is returning.

A report from the Wisconsin Daily Star confirmed, “The liberal voting activist group that dumped $350 million of Facebook founder Mark Zuckerberg’s money on local election offices during the 2020 presidential election is back again with another $80 million to give over the next five years.”

Already, a study revealed that voter recruitments funded during the 2020 election cycle could have had enough influence to change the winner of the presidential race from President Trump to Joe Biden.

Now, the report explains, Wisconsin again will be one of the recipients of the “generosity” of the Center for Tech and Civic Life, one of the operations that distributed money during 2020.

The report confirmed the Chicago-based CTCL will be making funds available to 10 county and city election offices as “part of the first group to receive grants under the center’s Alliance for Election Excellence.”

The Star cited details provided by the AP, revealing Madison will be part of the group.

“Madison was among the so-called ‘Wisconsin-5’ cities that received $8,488,873 in CTCL’s so called ‘Safe Elections’ grants, about 84 percent of the private COVID relief money the group paid out to Wisconsin communities in 2020. The five cities — including Milwaukee, Green Bay, Kenosha and Racine — are Wisconsin’s biggest and most Dem-heavy population centers in a battleground state that was critical in the bitterly contested election,” the Star reported.

The efforts to turn out Democrat voters gave Biden a “scant” 20,000 vote win over Trump in that state election.

Similar operations also have been confirmed to have happened in Georgia, Arizona and Nevada.

“The center claims there’s no Zuckerberg money in this round of grant funding, but many of the liberal voting activist groups are still involved,” the report said.

“The depressing thing in the whole process is … not one person from the Wisconsin-5 cities had to show up and explain any of those things,” State Rep. Janel Brandtjen, a Republican, told the Star.

He had chaired the legislative committee that has investigated the many irregularities and broken laws in Wisconsin’s 2020 elections, the report said.

But “no one was ever held responsible,” he said.

Democrat Gov. Tony Evers had advised cities that got the huge checks to lawyer up, and those officials openly defied subpoenas from special counsel and former state Supreme Court Justice Michael Gableman.

Brandtjen explained the subpoenas were to have conversations with election officials about 2020.

Democrats rejected requests from investigators, even refusing to testify before lawmakers on the controversy, the report said, even though documents from the election showed cities officials in places like Green Bay “allowed liberal activists and a long-time Democratic Party operative to be embedded in election offices.”

The report confirmed, “Many of the same liberal players are still leading the Center for Tech & Civic Life’s local election grant program. At the top is Tiana Epps-Johnson and Whitney Mays. They are alums of the hyper-partisan progressive campaign operative training group the New Organizing Institute (NOI) who founded the Center for Tech and Civic Life and developed contracts binding Wisconsin election officials to implement CTCL’s Get-Out-the-Vote (GOTV) strategy. For years leading into the 2020 cycle, Obama darling and Fellow Epps-Johnson and Mays hosted Ballot Data Convening events partnering with Democracy Fund, Google, Microsoft, Facebook, the Princeton Gerrymandering Project accused of faking redistricting data to benefit Democrats), the League of Women Voters, and We Vote (which collects personal data on issues including climate change and animal rights.)”

Such influence operations are illegal in many states now, and are allowed in Wisconsin only because Evers vetoed a proposed ban.

All of this and much more is explored in a powerful, insightful and absolutely unique way in the latest issue of WND’s acclaimed monthly Whistleblower magazine, titled “HOLY WAR: Defeating the growing cult of leftism and its total war on Christianity.”
For 25 years, WND has boldly brought you the news that really matters. If you appreciate our Christian journalists and their uniquely truthful reporting and analysis, please help us by becoming a WND Insider! 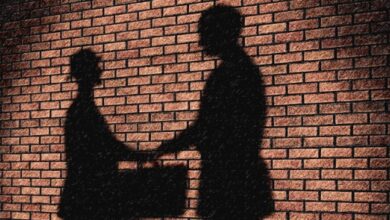 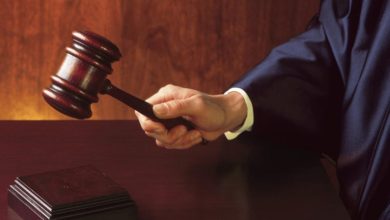