Democrats, for the last year, mostly have been unanimous in describing the protest-turned-riot at the Capitol last Jan. 6 as an “insurrection.”

They explain it was nothing less than an organized conspiracy to take over control of the U.S. government.

That’s critical to the leftists in the party, as members hope by describing it that way, they eventually can convince the public that those loosely connected – such as President Trump – can be called “insurrectionists.”

That would allow them to call out a Civil War-era provision that forbids those who have participated in an “insurrection” from holding office in the United States again.

They hope that will prevent what obviously has become one of their worst nightmares: Trump on the 2024 presidential ballot.

“In the day long events commemorating January 6th, Speaker Nancy Pelosi made a telling statement to her fellow members and the public at large. Pelosi declared ‘It is essential that we preserve the narrative of January 6th,’” he explained.

“Part of that narrative is that this was not a riot but an ‘insurrection,’ an actual ‘rebellion’ against our country,” he said.

“Pelosi’s concern over the viability of that narrative is well-based as shown by a recent CBS News poll. The majority of the public does not believe that this was an ‘insurrection’ despite the mantra-like repetition of members of Congress and the media. The public saw that terrible day unfold a year ago and saw it for what it was: a protest that became a riot. (For full disclosure, I previously worked as a legal analyst for CBS News),” he wrote.

While “reporters and commentators” refer to the “insurrection” as fact, Americans do not, and most consider it a “protest that went too far,” he said.

He continued, “Using the term insurrection is now a litmus test. In the age of rage, one’s legitimacy is based on your volume and fury. After the attack, I wrote that this was not an insurrection, but it was a desecration of our constitutional process. When I have used ‘riot’ in columns, I have received a torrent of emails objecting to the characterization as proof of being an apologist or ‘Trumper,’” he said.

But he pointed out “insurrection” and “sedition” are legal terms and after the FBI investigated thousands, and charged hundreds, for the Jan. 6 events, “Not one is charged with insurrection or sedition or conspiracy to overthrow the country. The vast majority are charged with relatively minor offenses of trespass or unlawful entry or property damage- the type of charges that are common in protests and riots.”

The conduct at the time was “disgraceful,” he said, and prosecutions are legitimate.

But, he said, “It is simply not an insurrection.”

“This was a protest fueled by reckless rhetoric that was allowed to become a full riot by a shocking lack of security preparations by the Capitol police and the District of Columbia. A large national guard deployment was rejected and critical intelligence not shared by officials planning for the long-planned protests. Again, the fault still remains with the rioters themselves but this would have remained a protest if Congress had taken obvious steps of fencing and guard deployments,” he said.

Now, he said, “Democratic members and groups are again calling for members (and Trump himself) to be disqualified from running for future offices under the 14th Amendment. The ‘disqualification clause’ was created for actual rebels who attempted to overthrow the government in the Civil War. Self-described ‘pro-democracy’ advocates like Marc Elias believe that nothing says democracy like barring people from voting for the candidates of their choice.”

But he warned it’s not working.

“Even when the public is not given the choice by CBS of calling this a riot rather than an insurrection, the truth emerges like water finding a way out. The poll also shows the limits of not just Speaker Pelosi but the mainstream media in preserving such narratives. Despite the endless drumbeat of coverage referring to the day as an ‘insurrection,’ the media cannot get the public to ignore what they witnessed — any more than getting viewers to accept reporting on largely ‘peaceful’ protests with images of burning buildings in the background.”

It was just a day earlier Turley warned the Democrats’ hope to disqualify Republicans from running for office actually “dangerous.”

“What is maddening is that Democratic groups and commentators are seeking to remove as many as 120 Republicans from the ballots in the name of democracy,” he explained. “It is like burning books in the name of literacy. Yet, on this anniversary of the January 6th riot, members of Congress and Democratic groups want to block voters from reelecting their preferred representatives. Like villages in Vietnam, it appears that some members and activists believe that you have to destroy democracy to save it from itself.”

He continued, “Some in the United States are now toying with the idea for the 2022 or 2024 elections. While more modest than the Iranian model, the Democratic calls for disqualification are just as dangerous. What is most maddening is that this anti-democratic effort is cloaked in democratic doublespeak.” 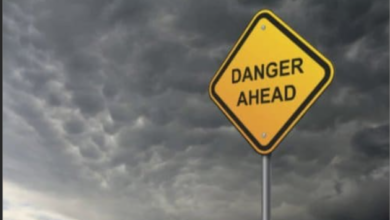