On Tuesday, conservative Republican Matt Bevin won his race to become the next governor of Kentucky after defeating Democrat Jack Conway by 53 – 44 percent.

Bevin is only the second Republican to serve as governor of the state in four decades.  According to Twitchy, the Courier-Journal called Bevin’s win “a near-Republican rout of state constitutional offices.”

From the bottom of my heart, thank you to all who voted today. We are Kentucky! pic.twitter.com/fnYpSzwO5I

And it looks as though the election was pretty decisive:

There was also another first that would have been global news had the victor been a Democrat:

The Times-Daily said Hampton “will become the first black person to ever hold statewide elected office in Kentucky’s 223-year history.”

Just two years ago, Kentucky Democrats boasted a deep bench of three young stars who aligned to prove the party could still win in the conservative South with a message focused on the economy and jobs instead of abortion and gay marriage.

But Kentucky voters have now rejected all three, capped by a disastrous election for Democrats on Tuesday in which they lost four of the five statewide constitutional offices they held coming into the election, including the governor’s office for just the second time since 1971.

It’s beginning to look as though liberal candidates and liberalism in general took a beating Tuesday.  In Spokane, Washington, for example, voters soundly rejected a progressive “family wage” proposition that would have seen the minimum wage go up by as much as $22.00/hour for some. 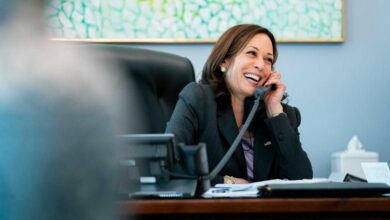