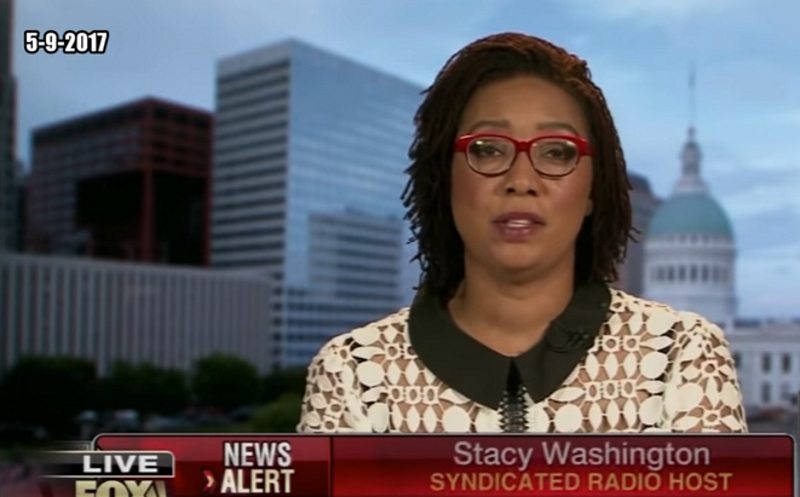 Stacy Washington, a conservative columnist who wrote for the St. Louis Post-Dispatch, was suspended after she defended the National Rifle Association (NRA) from comparisons to ISIS, and responded with her resignation and a series of tweets.

The newspaper went after Washington after a column she wrote entitled “Guns and the Media” disputed an anti-NRA article which argued that since more Americans die from guns than from ISIS, the Second Amendment advocacy group is the greater danger.

In her St. Louis Post-Dispatch column, Washington wrote, “When has a member of the NRA ever decapitated, set on fire, tossed from a rooftop or otherwise terrorized another American? The linkage is not only rife with improper context; it is false on its face.”  She also decried the lack of conservatives in U.S. newsrooms. “This failure to represent the opposing, especially conservative, view is an increasingly apparent deficit in the news reporting apparatus in our country.”

On Friday, Washington, wrote a column on Fox News and stated, “On April 28, my column ‘Guns and the media’ appeared online and in print after going through our weekly routine of submission via email, editing and approval by the opinion editor.”

“The column was a strong defense of law abiding gun owners and members of the National Rifle Association from a spurious comparison to the Islamic State,“ said Washington. “Later that same day, email notice of my column’s suspension was sent. Apparently being an open supporter of the NRA, gun owner, marksman qualified Air Force veteran and regular television and radio pundit weren’t enough disclosure for the St. Louis Post-Dispatch. After a number of email exchanges made it clear that the truth wasn’t what the editor was after, I chose to terminate the contract.”

My column on the @NRA being nothing like ISIS got me suspended from @stltoday….
#SOTR pic.twitter.com/bg8ZvAAswJ

“This is yet another example of the often unhinged and unexplainable tendency of the left to demonize guns and gun owners regardless of how factually unsupportable the claims may be, “said Washington.

Democrats are so unhinged that a Missouri School of Journalism Professor Emeritus George Kennedy, the former managing editor of the Columbia Missourian, the school’s teaching newspaper, suggested in a recent commentary published by the Missourian that the National Rifle Association (NRA) is more dangerous to Americans than the radical jihadist Islamic State (ISIS).