On Tuesday, the Associated Press called the special election in Alabama for Democrat Doug Jones, which prompted Texas Democrat Sheila Jackson Lee to congratulate “Doug Moore” for his victory.

“Sweet home Alabama. Thank you Alabamians and Doug Moore. Good has prevailed and our country is on the way to a new day,” she tweeted, using the hashtag, #ikneel.

Her tweet naturally prompted a great deal of criticism and sarcasm.

What’s really scary is she is in my neck of the woods. All prayers accepted

Dumb as a box of rocks.

We agree.  After all, what have those rocks ever done to deserve such an insult?

Someone named Doug Moore thanked her…

It is hard to imagine, but it’s not quite finished yet.  Moore has yet to concede the race, and, Breitbart said, the military absentee ballots haven’t been counted yet.  Additionally, the Moore campaign may request a recount:

“Wait on God and let this process play out,” Moore added.

A Moore staffer urged supporters to wait, noting that the military votes had yet to be counted. Moore is about 22,000 votes short, but it is uncertain whether the uncounted votes tally up to that number.

“May God bless you as you go on, give you safe journey, and thank you for coming tonight,” Moore concluded. “It’s not over and it’s going to take some time.”

The election is scheduled to be certified by the Alabama Secretary of State by Christmas, but a recount throws that result into question.

Is this the same Sheila Jackson Lee? ? pic.twitter.com/BPUgrazoJ9

Jackson Lee, by the way, was once dubbed a “Congressional boss from Hell” by the Daily Caller:

Capitol Hill is famous for its demanding, insensitive bosses. Yet even by the harsh standards of Congress, Sheila Jackson Lee stands out. She may be the worst boss in Washington. “It’s like being an Iraq War veteran,” says someone who worked for her. Strangers may say, “‘oh I know what you’ve been through.’ No, you really don’t. Because until you’ve experienced it…. People don’t tell the worst of the stories, because they’re really unbelievable.”

For some, a job in Jackson Lee’s office proved not just emotionally but physically perilous. One staffer recalls a frank conversation with his doctor, who told him he needed to quit. “It’s your life or your job,” the doctor told him, warning that the stress and long hours were wreaking havoc on his body.

Only a few on staff fought back. One of Jackson Lee’s drivers became so frustrated with her abuse the person pulled the car over and demand she stop: “She’s screaming and swearing. ‘M.F.’ everything. Finally I slammed on the brakes and told her to get the hell out of my car. I’m like ‘I can’t drive with you like this. Either get out, or you can calm down.’ And she’s like ‘you need to go or get fired.’ I’m like, ‘that’s fine. But I’m either leaving without you or you can calm down,’” the staffer said. 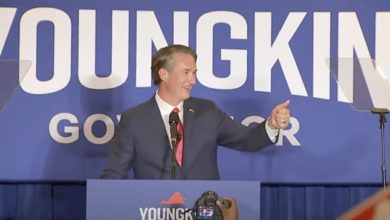 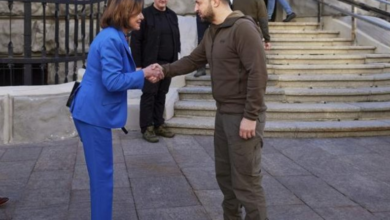