The Colorado red flag law, HB 1177 is certain to be signed by Governor Polis if it passes the Colorado House on Monday. It recently passed the Senate by one vote, 18-17. It’s a poorly written law, and some of Colorado’s sheriffs are unhappy about it. Their counties have declared themselves Second Amendment sanctuaries. 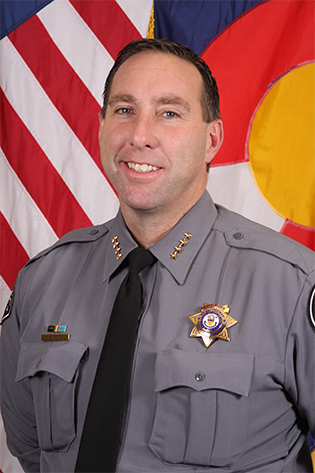 Weld County, for example, has declared itself a Second Amendment sanctuary and commissioners have stated they will not allocate funds to enforce the red flag law. Sheriff Steve Reams testified against the bill, and made the statement that he will not enforce it.

Part of that enforcement includes housing confiscated firearms, something Reams has said he doesn’t have the space to do.
More than half of Colorado’s counties oppose HB 1177, and Reams has testified against the bill at the Legislature.

What’s the problem with the bill? One, as we’ve previously stated, is that anyone can tell police that a person is a “danger to himself or others” and do it for vindictive purposes. There is no due process that protects people against such complaints. The second problem is that the specific Colorado law places the burden on the gun owner to prove they are no longer a danger. That’s not the way our system works, but that’s the way the law is written. Not to mention the whole confiscation of firearms part that is unconstitutional.

The Colorado red flag law will likely be challenged in court. In the meantime, Sheriffs who oppose the law and refuse to enforce it could be held in contempt of court. When CNN asked him if he was willing to be confined in his own jail over the issue, he responded:

“Well obviously no sheriff wants to be confined in their own jail, but if that’s what it takes to get this bill ironed out, then I guess that’s a sacrifice I’ll be forced to make…
The worst way to bring attention to it is for me to be put in that position, but I’ll do that before I’ll violate somebody’s constitutional rights.” Sheriff Steve Reams to CNN

Biden is proving even more of a ‘master of disaster’ than Jimmy Carter
May 16th, 2021 Liberty Unyielding

How Do You Leave God Out of Prayer?
May 16th, 2021 TCP News
Tweets by Conservative Firing Line