One of these days I am going to feel sorry for Jim Acosta, but I am not there yet.  Very few people in the administration like or respect him. He is considered by most people I know  (including liberals in the media) as the most unprofessional member of the White House press corps. Acosta is excellent at making every major story about Jim Acosta. Just before President Trump left Vietnam, Acosta did it again.

After the talks in Vietnam with Kim Jung Un broke down, and before he got back on Airforce One, President Trump held a press conference to explain why he didn’t cut a deal with the North Korean despot with the crappy hair cut. Poor little baby, CNN’s White House correspondent  Jim Acosta whined that President Trump didn’t call on him. Acosta made the excuse that Trump may have avoided White House press corps journalists in because he didn’t want to talk about the testimony of his former fixer, Michael Cohen.

Of course, Acosta was lying. He wasn’t called upon, but other members of the mainstream media’s WH Press Corps were.

Acosta is mad he did not get called on pic.twitter.com/bNm05ry3ZK

One of the reporters, ABC News’ Jonathan Karl, even asked about the Cohen testimony. Trump answered:

“He lied a lot, but it was very interesting because he didn’t lie about one thing: He said no collusion with the Russian hoax,” Trump answered, “I was actually impressed that he didn’t say, well, I think there was collusion for this reason or that,” the president said. “He didn’t say that. He said no collusion, and I was a little impressed by that, frankly. He could have gone all out. He only went about 95% instead of 100%.”

Keep in mind that Acosta doesn’t think you will understand his whines anyway. When interviewed by Variety last year Acosta shared his not so humble opinion that Trump is faking his views and the public is either too crazy or too stupid to know the truth.

“The problem is that people around the country don’t know it’s an act,” the reporter said. “They’re not in on the act, and they take what he says very seriously, and they take attacks from [former White House press secretary] Sean Spicer and Sarah Sanders and what they do to us on a daily basis very seriously. They don’t have all their faculties in some cases — their elevator might not hit all floors.

It’s so hard to understand why such a baby is CNN’s WH correspondent. 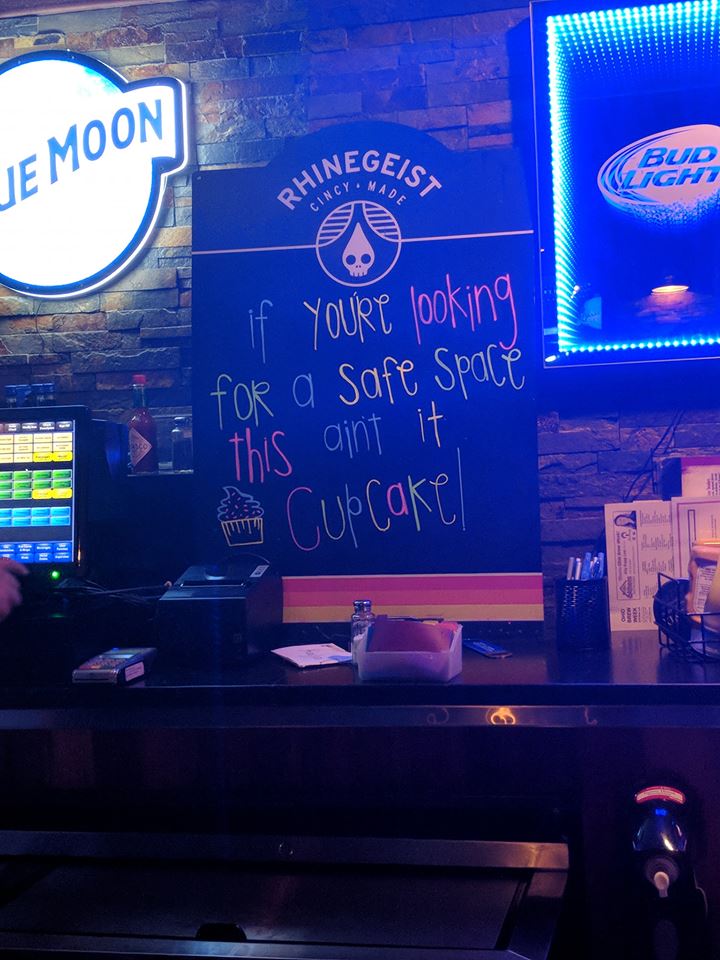 Ohio Bar: “If You’re Looking for a Safe Space, This Ain’t It, Cupcake”