During an interview with CNN, the outlet now known as the least-trusted name in cable news, Sen. Bernie Sanders, I-Vt., jokingly referred to the network as “fake news.”  Immediately afterward, it seems he lost his audio feed.

The CNN host played a clip of President Trump saying he was unaware of the reports on General Flynn discussing sanctions with Russia before Trump’s inauguration and asked Sanders if he thinks that’s a problem.

“Well I don’t know. Maybe he was watching CNN fake news. What do you think? It was a joke!” Sanders said.

At that point, Sanders apparently lost his audio feed from CNN.

They eventually had Bernie Sanders back after the commercial break, and started off the conversation with the host reminding the audience that Sanders was just joking when he called CNN “fake news”.

It seems like CNN meant to send a message: They don’t even want you joking about them not being credible, when you’re a guest on their network.

Wow, When CNN cuts off Bernie Sanders Audio, then we all know CNN is a Media Joke! Too Late CNN!

@CassandraRules Just like they cut off that one woman criticizing Hillary Clinton ? – CNN doesn't do well with the truth

It was rather funny…

It’s also interesting to note that there has been fake news circulating about Flynn for a while now.  In late December, Breitbart reported:

“I wanted to also make sure we’re clear on one point with regard to General Flynn, there was some fake news out there regarding General Flynn and that he supposedly met with an Austrian politician,” Trump transition team spokesman Jason Miller said in a call with reporters.

Heinz-Christian Strache, the leader of the Austrian far-right Freedom Party, announced on Facebook that he had visited with Flynn at Trump Tower, prompting reports from the New York Times and other news outlets that the meeting had occurred. Several other outlets raised the alarm that the Austrian Freedom Party had Nazi sympathies and was founded by an former Nazi officer.

“The fact of the matter is that General Flynn has never spoken with or met the Austrian politician in question and General Flynn strongly disavows groups with such attitudes and viewpoints,” Miller said.

Mediaite, however, reported in late January:

In the Post piece, it was speculated that the messages between the two men could have been in relation to the sanctions that President Barack Obama imposed on Russia in response to the country’s efforts to influence the election. Putin announced shortly after that he would not take any retaliatory action. 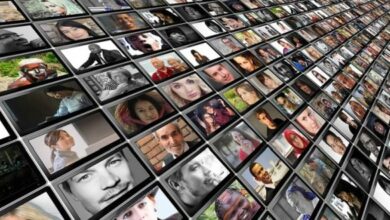 Only in America: ILLEGALS Suing U.S. Government For Not Receiving Coronavirus Stimulus Checks