Is former Vice President Joe Biden trying to lose the African-American vote in November, or what?

In an interview with NPR’s Lulu Garcia-Navarro on Aug. 6, Biden said the African-American community was not diverse with “different attitudes about different things.”

President Donald Trump immediately took to Twitter to blast his opponent, writing, “After yesterday’s statement, Sleepy Joe Biden is no longer worthy of the Black Vote!”

Biden’s gaffe was just the latest in what is becoming a pattern of very derogatory statements towards black Americans on the campaign trail.

On May 22, Biden declared that black Americans couldn’t vote for President Trump, saying, “if you have a problem figuring out whether you’re for me or Trump, then you ain’t black.”

During a meeting with black mayors in Georgia last year, Biden said the problem in the black community was parents were illiterate, saying, “parents can’t read or write themselves,” according to the New York Times.

On Aug. 5, Biden even told CBS News reporter Erol Barnett, a member of the National Association of Black Journalists, that being asked if he would take a mental cognitive test would be “like saying to you before you got on this program, would you take a test whether you’re taking cocaine or not? What you do you think, huh? Are you a junkie?”

Suffice to say, if any Republican running for public office had made a single statement like this, the uproar would be deafening, with accusations of racism and calls for the party to withdraw its nomination.

But, Biden largely gets a free pass. One might chalk that up to media bias and surely that’s part of it.

But the truth is, Democrats take blacks for granted every single election. It’s clear as day, and certainly reflected in Biden’s analysis that African-Americans don’t have “different attitudes about different things.” And in Biden’s sense of entitlement that by virtue of being a Democrat he is owed black votes or else “you ain’t black.”

Biden was once the protégé of the late Sen. Robert Byrd (D-W.Va.), who served as Senate Majority Leader from 1977-1981 and again from 1987-1989 with Biden’s support. Byrd who once chaired a chapter of the Ku Klux Klan, was the epitome of the Democrats’ long history of embracing racial segregation. Biden, true to form, under Byrd’s tutelage, famously opposed busing of black students to schools in white neighborhoods by supporting a measure prohibiting the use of federal funds by Byrd, which passed into law in 1976.

That is a history that President Trump may be able to take advantage of. In 2016, Trump only garnered 8 percent of the black vote in the CNN exit poll, but now he’s making a bid to increase that number substantially in 2020.

In June, according to YouGov, Trump’s approval among African-Americans increased from 12 percent to 18 percent amid his law and order response to the riots that were triggered by the death of George Floyd in Minneapolis police custody.

And in early August, Trump’s support among blacks jumped from 10 percent to 12 percent, according to the Market Research Foundation.

Plus, Trump has a story to tell, with action on criminal justice reform including signing the First Step Act in 2018 and implementing Opportunity Zones to engage in urban revitalization.

And, prior to the COVID-19 outbreak, black unemployment had reached a record low of 5.4 percent in Aug. 2019, according to the Bureau of Labor Statistics, making the Trump economy the most equitable ever.

In 2016, Trump’s message to African-Americans was “what do you have to lose?” in supporting his candidacy. Now the question is what they have to lose in opposing it, and in 2020, the answer may be a lot. 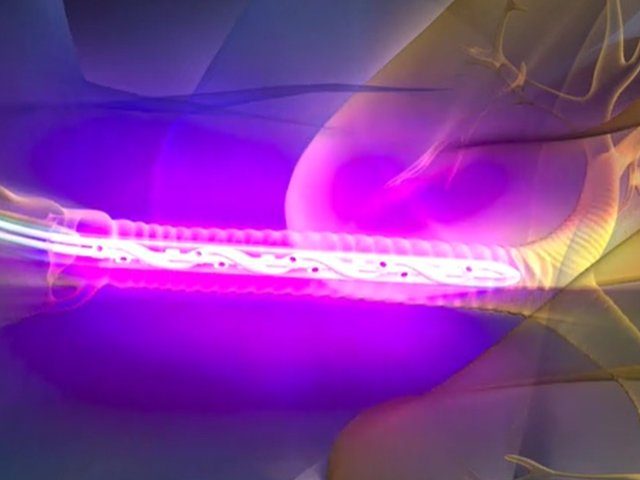 Note To Liberal Media: Trump Was Right — UV Light CAN Cure Infections And Was Used Before Antibiotics 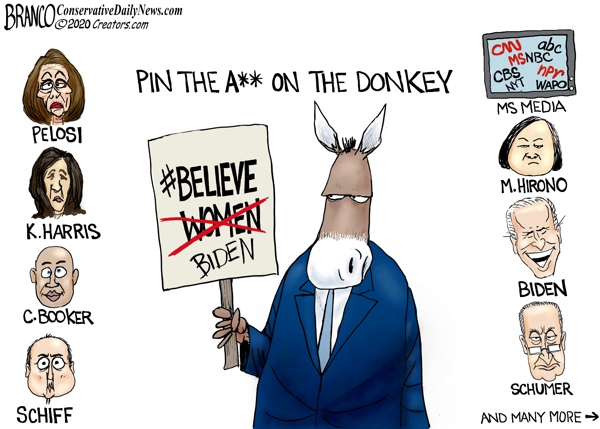 Cartoon of the Day: All the Above 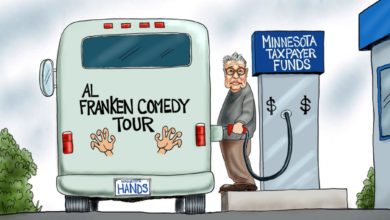