It seems there is a potential terrorist in Florida, one that lives under a cloak of peace, but his heart is full of hate. His name is Sofian Abdelaziz Zakkout, and his organization is A.M.A.N.A. – the American Muslim Association of North America. When Sofian speaks English, he’s pluralistic and peaceful. When he speaks Arabic, he is anything but.

Zakkout is a Palestinian living in Florida. His pro-Hamas views are filled with hate toward Jews.

His website is here. In an article by Breitbart in 2014, it was revealed that his non-profit organization has been given taxpayer money to fund his activities. It all sounds so innocuous…until you read some of the translations of his Arabic statements. He boasted then about “conquering” American Jews.

“Praise be to God, each day we conquer the American Jews like our conquests over the Jews of Israel.”

On December 17th, Zakkout posted a photo of Israel Defense Forces (IDF) Chief of Staff Gadi Eizenkot, who is a decorated veteran of many different wars and battles fought by Israel the last three-plus decades. Above the picture of Eizenkot, Zakkout grossly wrote in Arabic, “You’re a Jew, the grandson of a monkey and a pig.” He signed it “Sofian.”

Zakkout’s hate, of course, hasn’t been limited to this past month. Indeed, in July 2010, the Anti-Defamation League (ADL) condemned Zakkout and his group AMANA for featuring what the ADL called a “venomous” anti-Semitic, anti-Israel video on the AMANA website. The video was produced by and featured white supremacist leader David Duke. Zakkout has since posted a number of Duke videos on social media and has praised Duke as “a man to believe in!”

Zakkout is extremely active in local groups, including Neighborhood Watch, police volunteer services, and even emergency response teams. He advocates Muslims becoming involved in the public “arena.”  That would be an important thing for any citizen to do… if it were someone who wasn’t a terrorist at heart.

Think about this logically: a man who hates Jews and openly espouses a terror group like Hamas has access to First Responders…how they work, what they do, maybe even their schedules.

In addition, AMANA believes that many ‘religious’ conflicts, as they are commonly described, are actually ‘political’ conflicts (i.e., Palestine). In this country, AMANA does not think Muslims have any problem with other religious groups, such as Jews or Christians, but rather appreciates and supports each other. Through their involvement with the Neighborhood Watch program, for an example, AMANA tries to show this principle at work.

Cloak of peace, heart of hate

So that’s why he called Jews grandsons of monkeys and pigs? That’s why he praised the knife attacks against Jews in Israel? Doesn’t sound very supportive to me.

Say what you will about Frontpagemag and BearWitnessCentral. But in this case, they appear to be correct- and Zakkout has the potential to be dangerous. At least one of his pro-Hamas videos was removed from YouTube.

Mr. Zakkout has a heart of hate hidden beneath a cloak of peace.

Beautiful! The right to return! We are not the Red Indians!We are the Palestine owner! Israel must leave! — Sofian (@amanavoice) May 16, 2015

CAIR Crony Sofian Zakkout “Each Day We Conquer The American Jews Like Our Conquests Over The Jews Of Israel” #MyJihad http://t.co/VqOAMhg9Kk

Yes, he sounds so…peaceful in interviews

Sofian Zakkout on Channel 10 on the attacks in Paris https://t.co/gH35jJXM0N via @YouTube

SYRIANS POUR INTO US AT 100 PER DAY! Militant Islamic Jihad – A Guaranteed Knock-On Effect. 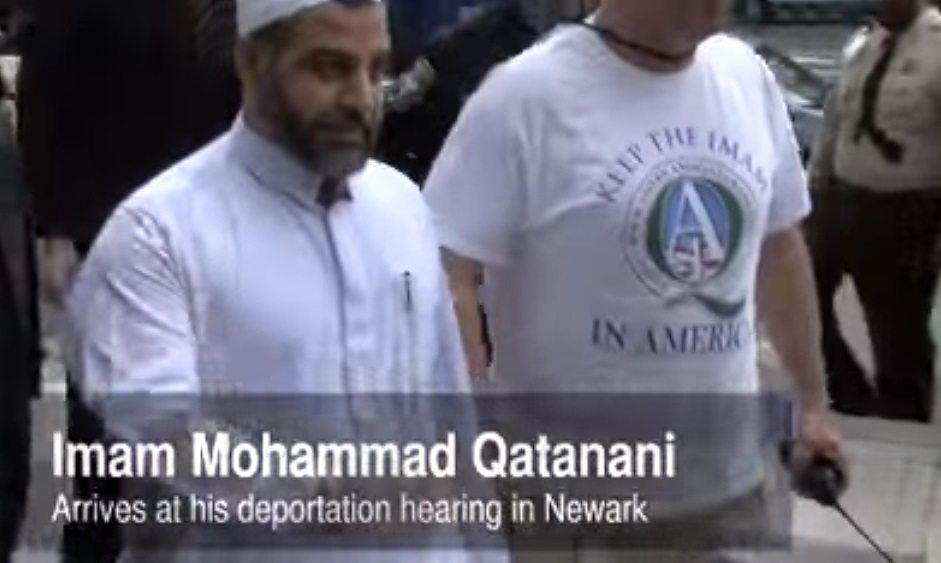