The absurdity of Hillary Clinton and the progressive liberals continue to grow by leaps and bounds everyday they open their mouths. Earlier today Clinton thrust her politically correct ideas, again, upon white America. While adressing a convention in New York Clinton said:

“White Americans need to do a much better job of listening when African-Americans talk about the seen and unseen barriers you face every day. We need to recognize our privilege and practice humility, rather than assume our experiences are everyone else’s experiences.”

Clinton spoke at the National Action Network Convention which was held to honor the legacy of Dr. Martin Luther King. The conference is sponsored by the race-baiting Al Sharpton. Fox News’ Eric Bolling billed the move as “pandering at its finest.”

Corrupt politicians in Washington continue to deepen the racial division across America with their insane mentality and ideas of making the white people in our nation pay for the Democratic party’s mistakes. Their words do nothing to promote healing and bring about unity. Dr. Martin Luther King must be rolling over in his grave because his dream was that all men in America be united.

However, instead of promoting King’s dream of a united America, Al Sharpton and Hillary Clinton trample his words under their feet in order to pursue their vile idea of making the white people of America feel guility for being white.

To hear what Clinton said at the conference check out the video below and let us know what you think in the comments section below. 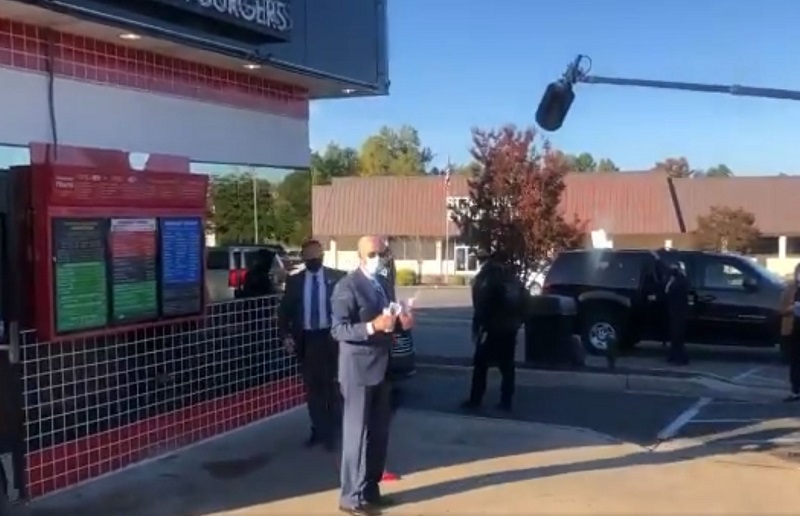 Arming the rebels is arming al-Qaeda