WITH scandal after scandal plaguing the U.S. body politic, more than a few readers (and colleagues) have hinted that they await another explosive investigative book from these hands – recognizing full well that no-holds-barred really means just that at this end, indeed, no pussyfooting around! As such, having exposed (with co-author Joe Newby) the devastating truth about Facebook’s underbelly via “BANNED: How Facebook Enables Militant Islamic Jihad“, the expectation of the same “take-no-prisoners” approach is always at the forefront of the none too subtle queries. Hmm.

IN this regard, while a volume of book-worthy evidentiary trails vis-à-vis the Muslim Brotherhood Mafia’s tentacled reach inside America merits all due exposure via multiple spotlights, it is also the case that it is a national imperative to reveal the mountain of dead bodies associated with Clinton, Inc. – and with a comprehensive and compelling read, some of which intersects with the mobbed-up RICO-like entity and the alliances thereof with the Brotherhood Mafia! Let’s be honest, few in the investigatory arena have the ability to link-up A + B. Head-spinning.

MORE specifically, from the onset of this site (June 2012), there has been one pile on upon another of criminal activity associated with Clinton, Inc., and with no let-up in sight. The most recent criminal findings can be found here, January 26, 2020. Lo and behold, its basis outlines another ! recent so-called “suicide”, this time, an FBI agent. As it happens, he was a direct witness to the billions pilfered from the Clinton Foundation! No sh*t, Sherlock.

ALAS, due to the “suspiciously” high death toll within Clinton, Inc.’s tight orbit,  one can be forgiven (or should be) for failing to report on Kurt Smolek’s. Mea culpa. But it is not as if the captured media even noticed, too. In fact, the only reportage came from the so-called alternative media, indeed, the real watchdogs!

EVEN so, readers must surely be curious as to the circumstances surrounding the aforementioned individual’s “timely” demise by Clinton, Inc.’s on-call wetwork squad, August 31, 2017. Read on.

For years, those who have ever had any connection to anything that may be able to put Hillary Clinton behind bars seem to end up dead. This is always under suspicious circumstances but never with any ending answers nor justice. Another body can now be linked to the Hillary death train.

Kurt Smolek used to work for the Hillary Clinton’s State Department in Cambodia as an OSAC Diplomatic Security Agent. More recently, he could be connected to and could have possibly outed much-needed information into the PizzaGate scandal. Now, suddenly, his body was being pulled out of the Potomac River.

Ever since Trump got into office, liberals continue to prove how far they’re willing go in order to bury their dirty secrets. Members of the DNC will simply kill off whoever stands in the way of their agenda. Now the dead body of a federal agent was just pulled from the Potomac River on Wednesday, with a startling tie to the infamous queen of murder, Hillary Clinton.

It’s truly startling the massive trail of dead bodies that keep accumulating around Hillary Clinton, as this crooked swamp wench will simply kill off anyone who gets a little too cozy with her secrets. Now another State employee by the name of Kurt Smolek is dead, and his possible ties to PizzaGate and Hillary’s child traffic ring is starting to be questioned. Up until 2015, Smolek had worked for the Hillary Clinton State Dept in Cambodia as an OSAC Diplomatic Security Agent.

Cambodia is a country that is infamous for their human trafficking, child sex trafficking, and child sex tourism. The location where Smolek was stationed was a hot spot of this type of illegal activity, and it’s possible that he had been privy to some damning information on Hillary Clinton. While it can’t be confirmed exactly if Smolek had dirt on Hillary Clinton, one investigator by the name of George Webb is putting the pieces together as he searches for clues in Washington D.C. where Smolek’s body was pulled from the river. His website Webb stated:

“Yet another State employee is found mysteriously dead, his body pulled from the Potomac after being reported missing. This is related to PizzaGate as possible ties to the child trafficking and the criminals behind the numerous email and fraud related ‘mysterious deaths.’ There are clear links to overseas child trafficking hotspots, recent mysterious deaths related to the DNC / Clinton / email scandals, links to Clinton’s state dept.”

While we still put the pieces of this man’s untimely death together and investigate what he possibly knew about Hillary’s human trafficking ring, what’s extremely chilling is Smolek’s possible ties to Debbie Wasserman Schulz, who was a person of interest in the mysterious death of Beranton J. Whisenant.  Whisenant was a lawyer who was investigating Shultz and the DNC’s voter fraud in Texas, and he was set to testify about what he knew. But before Whisenant got the opportunity to reveal possible evidence that could bring down the entire DNC, his dead body washed up on a beach in Broward County, the VERY SAME COUNTY where Kurt Smolek lived.

MIND you, how many really understand what Clinton, Inc. couldn’t allow to become “mainstream” testimonial knowledge, that is, via evidentiary trails that Smolek could directly attest to? No, this is not a so-called conspiracy theory!

IT is no accident that the most criminally-bent duo in U.S. politics (and that is a high bar to hurdle!) is featured within these pages – and too many times to count. And, truth dare be told, it is a pox on the nation’s leaders (from both sides of the aisle) that the Bonnie & Clyde of the nation’s political class are not only free, but  continue to enrich themselves and meddle in domestic and foreign politics – setting one fire after another!

THE urgent (and uncomfortable) question becomes: Is it too late for America, or not? You decide. Know this: Once their heads roll, well, countless others will follow – the deep state in toto!! 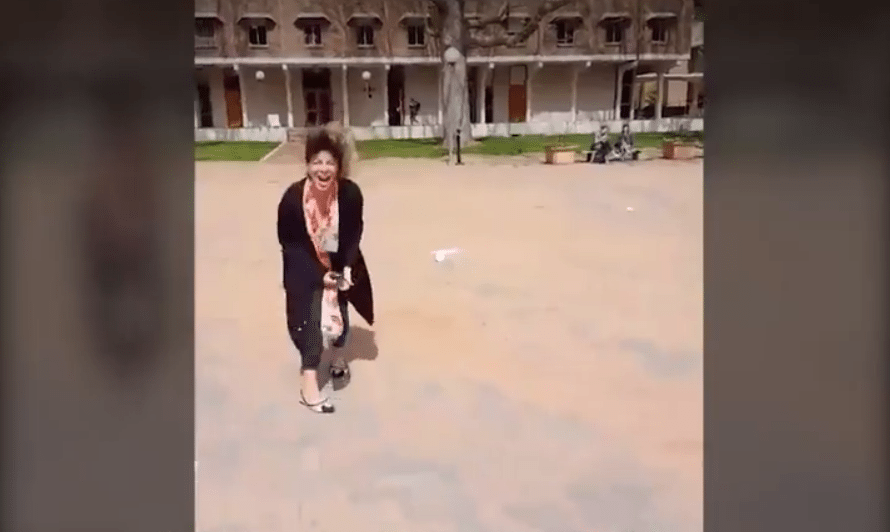