(Natural News) Hans Joachim Schellnhuber, a leading German scientist from the Potsdam Institute for Climate Impact Research (PIK), believes that in order to save the planet from “climate change,” every person’s carbon dioxide (CO2) emissions must be capped and regulated by the government.

Calling the concept a “planetary guardrail,” Schellnhuber contends that every person should have a three-ton CO2 emissions limit per year applied to their daily life. Those who exceed that amount should be forced to pay a fine, he says.

Since every breath a person takes results in CO2 being exhaled in exchange for oxygen, breathing would also have to be regulated. Those who wish to remain under the three-ton cap may need to take fewer breaths, likely resulting in much less exercise and physical exertion in order to keep heart rate low.

Only the rich, based on Schellnhuber’s idea, would be allowed to live normally. The poor would have to really cut back on everything, including breathing, in order to not be fined into oblivion.

(Related: According to NBC News and other globalist media outlets, CO2 is a “pollutant” that must be eradicated in order to save the planet from “global warming.”)

In order to “have an environment worth living [in],” according to Schellnhuber, CO2 emissions must be kept at a minimum – unless you have the cash to purchase access to a better quality of life.

“Every person gets three tons of CO2 per year, but if you need more, you just have to buy it,” this climate fanatic is quoted as saying.

A very select few of the very-rich, according to data from the Paris World Inequality Lab, emit more than 2,000 tons of CO2 per year. These folks would easily be able to pay the necessary fines to continue flying around in their private jets and powering their many lavish estates dotting the world landscape.

Only the poor would suffer from Schellnhuber’s envisioned dystopia, which is what we have been saying all along about the climate change scam. It is a paradigm in which the rich get to do everything they want while the poor are imprisoned in a CO2-less misery existence.

China-based Alibaba, we are told, is currently working on an “individual carbon footprint tracker” to keep tabs on the average person’s CO2 emissions. If commercialized, this is how Schellnhuber’s plan could come to fruition in the near future.

A prototype of that device was unveiled last year in Davos, Switzerland, at the World Economic Forum’s (WEF) 2022 annual meeting, hosted by kingpin globalist Klaus Schwab. Alibaba Group President J. Michael Evans announced that China is well on its way to making that tracker a global reality.

The goal, Evans concluded, is to “incentivize” average folks to “do the right thing, even if they were provided the opportunity to do the wrong thing.”

Meanwhile, the globalists in attendance at this year’s WEF gathering are living it up in luxury while the rest of the world is crushed under crippling inflation, which is yet another adverse effect of globalist control over the money supply.

The latest climate-related news can be found at Climate.news. 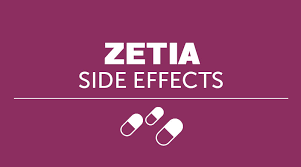 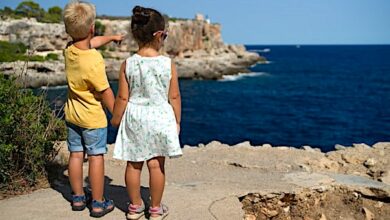