A new court filing in an Alabama case submitted by dozens of groups and individuals is calling out the Department of Justice for trying to “intimidate” a conservative organization, Eagle Forum of Alabama.

The Eagle Forum is not a party to the case, Paul A. Ekenes-Tucker, et al v. Kay Ivey, et al, which currently is pending before the U.S. District Court in Alabama.

But the DOJ “served a subpoena” on the group demanding “voluminous internal documents and communications from the organization.”

The new court filing charges that the DOJ simply is demanding to “intimidate and chill political activity that is contrary to the government’s position.

“This subpoena is a classic move by the Department of Justice to intimidate a conservative group,” said J. Christian Adams, the president of the Public Interest Legal Foundation, which filed the brief.

“The Department is full of radical bureaucrats and has even been sanctioned by federal courts for colluding with leftist groups. In America, the government cannot target groups who oppose their political beliefs and that is exactly what the DOJ has done here.”

Their interests “vary,” the document explains, “But all agree that the United States’ subpoena in this case is a transparent use of the civil litigation process to chill the speech and political organizing of those who hold views contrary to those of the United States and the Department of Justice.”

In also injures members of the public, “who will be inhibited from open discourse and petitioning,” and well as lawmakers, the filing states.

The government, in fact, is trying to force “a small non-profit with only one full-time employee to pony up the resources to fight the Department of Justice, the world’s large law firm.”

It continued, “Any group that might dare engage in grassroots political activity on any controversial issue is now on notice that disfavored views will call down the weight of the government and result in a subpoena from an Assistant United States Attorney demanding every conceivable scrap of information relating in any way to those protected actions, going back years.”

The targeted non-profit’s information “has no bearing on any judicial inquiry into the subject of this lawsuit, ie., the constitutionality of the Vulnerable Child Compassion and Protection Act,” the filing charges.

That law makes it a felony for doctors to perform body mutilations, including castrations, vasectomies, hysterectomies, or prescribe hormone treatments, for children as part of the transgender ideology being pursued by leftists in American these days. The Biden administration has been pushing that agenda at literally all its levels of influence, including through the DOJ.

Eagle Forum of Alabama spokeswoman Becky Gerritson had made statements in support of protecting children.

“This legislation is necessary for many reasons,” she had said. “One is that the long-term effects of puberty blockers and cross sex hormones have not been studied. Another vital statistic is that after the sex reassignment surgery, transgender identified people are nearly 20 times more likely to die by suicide than the general public.”

The organization also revealed that up to 98% of children who struggle with their sex as a boy or a girl come to accept their sex by adulthood if left unmolested by doctors and counselors.

The filing notes that the Constitution forbids the government from “abridging the freedom of speech, or of the press; or the right of the people peaceable to assemble, and to petition the government for a redress of grievances.”

The filing notes that such intimidation tactics are becoming more and more common, but courts often defend the rights of those targeted.

For example, when Prop 8 was surging in California, a move to define marriage as between one man and one woman, “challengers issued subpoenas to proponents of the proposition, demanding ‘internal campaign communications…’”

However, the 9th U.S. Circuit Court of Appeals found that would “have the practical effect of discouraging the exercise of First Amendment … rights.”

“There simply is no legitimate interest in probing private parties’ protected speech and grassroots efforts to influence possible legislation,” the Alabama court was told.

The document even notes that the Alabama Rules of Professional Conduct state, “A lawyer shall not use means that have no substantial purpose other than to embarrass, delay, or burden a third person, or use methods of obtaining evidence that violate the legal rights of such a person.”

It encouraged the court to use “further deterrence” against the DOJ, above and beyond quashing the subpoena. 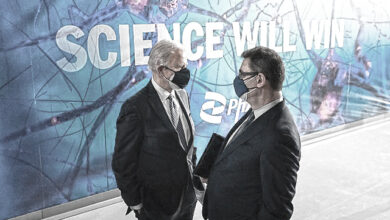 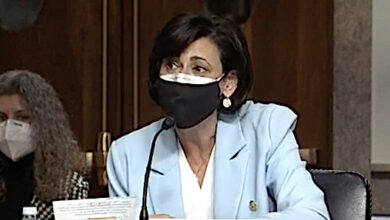 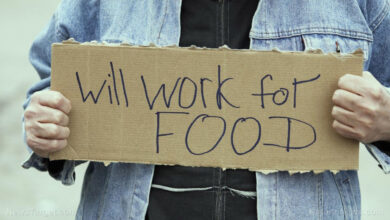 Thanks, Biden. Some Americans Taking Out Micro-Loans To Buy Groceries And Gas