On Thursday, His Lying Demented Fraudulence, Dictator-Wannabe Joe “Applesauce Brains” Biden channeled his “inner Hitler” with an angry, and divisive speech in which he falsely claimed Trump supporters present a “clear and present danger” to America.

He began his angry and divisive screed by falsely calling Trump supporters a clear and present danger to American democracy.  That was the high point of his rant.

“MAGA Republicans do not respect the Constitution, they do not believe in the rule of law … They promote authoritarian leaders and they fan the flames of political violence,” the lying demented fraud falsely claimed in his declaration of war against 75 million Americans.

At one point, a patriot shouted, “F**k Joe Biden!”

Biden giving this disgusting, dangerous speech at Independence Hall is a sacrilege

Looks the the villain from a dystopian future in an episodes of Twilight Zone.

In Thursday's WH press briefing, Karine Jean-Pierre said Biden's address would not be political or about one political person.

It's audacious for a president who calls his political opponents "semi-fascist" to be lecturing America about decency.

This is what a speech after a coup looks like: a president flanked by uniformed soldiers and bathed in red light as he delivers an address that every network must carry.

Everything the scum-sucking, maggot-infested, putrid piece of demented crap posing as a president said is a damn lie.

This was just his effort to foment bloodshed and violence.

Biden is really trying to other Trump supporting Republicans … and now he's babbling about he's the president of all of us. But he's not.

Guy with a 40% approval rating is trying to make the case that if you don’t support him and his policies you’re a threat to democracy. He’s doing this unironically. What an asshole.

Are they trying to make him look Evil? pic.twitter.com/NDp1xiZZQL

Well, he IS evil, so there is that…

Using the military in the background is pretty brazen, semi-fascist perhaps

Quite fascist, in fact.  Just like a good dictator.

TUCKER: Biden’s Speech warning of the danger of “MAGA Forces” is not being categorized as a campaign speech, but it has the “full sponsorship of the White House… the Justice Department, the various Intel agencies, and the world’s most powerful standing military.” pic.twitter.com/Womxv4VPja

Gird your loins, America.  Things are about to get real.  If Republicans don’t win in November, expect to see the fecal matter hit the air circulation device. 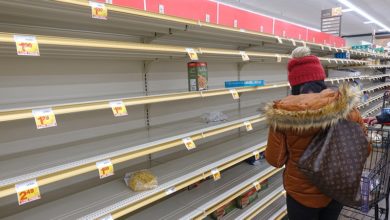