The third installment of the latest undercover graphic videos targeting Planned Parenthood from the Center for Medical Progress (CMP) shows abortion technicians using tweezers to pick through aborted fetal tissue for baby parts and then tried to make sure they got the best parts of the aborted babies, in order to get the best compensation, something Planned Parenthood denies.

However, on Tuesday, it was revealed that more videos will be released and unedited videos will be posted online. Appearing on the Sean Hannity radio show on Tuesday, David Daleiden, Project Lead for the Center for Medical Progress (CMP), a 501(c)3 non-profit organization, told Sean Hannity that more videos are coming as well as the full unedited videos that will show more than what has already been shown.

When Hannity asked him about those who accuse him of the so-called “edited” videos that have been released so far, Daleidan stated, “What was released with more coming, were only the highlights of more than 300 hours’ worth of evidence of the undercover investigations, but all 300 hours of unedited videos of our investigation will soon be released online.”

When questioned by Hannity about the laws of consent on whether the other party had to be informed that they were being recorded in those two states violated any laws, Daleiden stated that no laws were broken and were in line with the laws of consent in those states, therefore, what he and his team did was perfectly legal.

Also on Tuesday, David Daleiden released a statement by saying in part, “Planned Parenthood’s sale of aborted baby parts is an offensive and horrifying reality that is widespread enough for many people to be available to give first-person testimony about it.” Daleiden further stated, “CMP’s investigative journalism work will continue to surface more compelling eyewitness accounts and primary source evidence of Planned Parenthood’s trafficking and selling baby parts for profit. There should be an immediate moratorium on Planned Parenthood’s taxpayer funding while Congress and the states determine the full extent of the organization’s lawbreaking.” 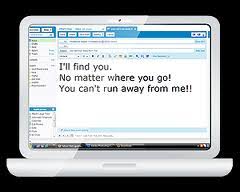