On the heels of the shots that were fired at Rep. Steve Scalise, R-La., and three others who were shot while practicing for a charity baseball game in Alexandria, Virginia by progressive socialist Bernie Sanders supporter, gunman James T. Hodgkinson of Illinois, Breitbart presented 15 celebrities’ who used pointed, violent rhetoric to attack Trump and other Republicans.

Hollywood has issued dire predictions and hysterical warnings about Donald Trump ever since the Republican businessman first announced his candidacy for the presidency in June 2015.

But the level of vitriol and violent rhetoric against now-President Trump has increased substantially in recent weeks, from comedian Kathy Griffin’s now-famous shock “beheading” photograph to Shakespeare in the Park’s not-at-all-subtle “assassination” of Trump on a stage in New York City’s Central Park.

Unfortunately, Griffin and the director of Julius Caesar are not anomalies in Hollywood; actors, writers, directors, and other celebrities have fantasized about using violence against Trump, his supporters, and other GOP lawmakers for at least the past 18 months.

A few of the 15 celebrities’ include Kathy Griffin who was photographed holding the fake, bloodied, decapitated head of the president in an image that critics said was reminiscent of Islamic State propaganda.

The California rapper, Snoop Dog pointed a gun at the president (dressed to look like a circus clown) and pulled the trigger in a music video for his song “Lavender” earlier this year.

Joss Whedon, the 52-year-old Avengers director said in a tweet, “Violence solves nothing. I want a rhino to f*ck @SpeakerRyan to death with its horn because it’s FUNNY, not because he’s a #GOPmurderbro.”

The other 12 liberal celebrities’ and their pointed and violent rhetoric to attack Trump and other Republicans can be found here.

Hodgkinson, the suspect in the shooting attack on a Republican baseball practice on Wednesday morning, was reportedly a member of a group called “Terminate the Republican Party.” 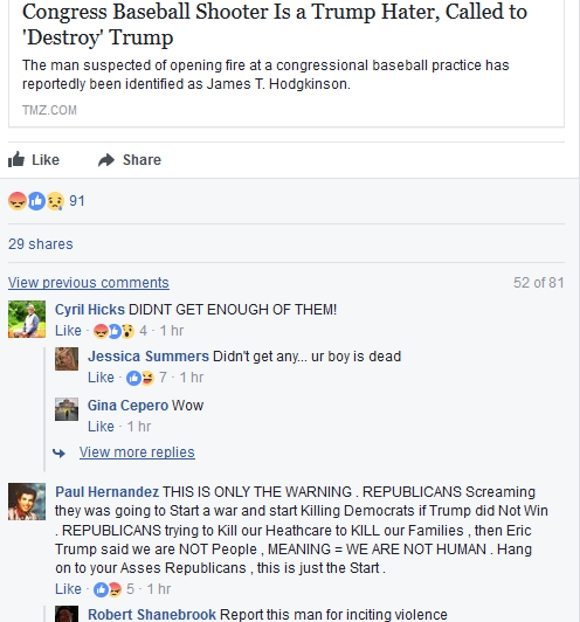 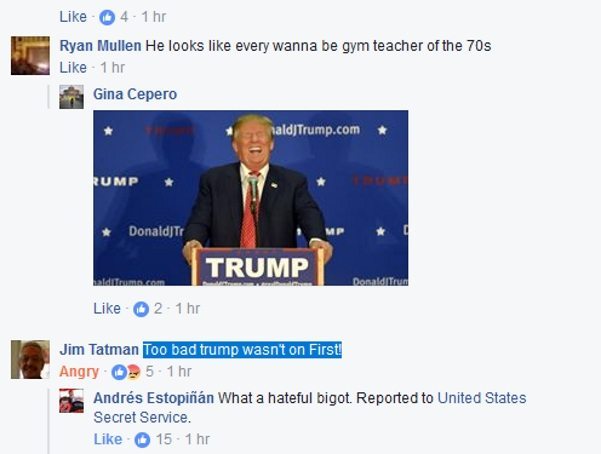 Some of the comments have enticed violence in the group and much was posted today include, “THIS IS ONLY THE WARNING . REPUBLICANS Screaming they was going to Start a war and start Killing Democrats if Trump did Not Win . REPUBLICANS trying to Kill our Heathcare to KILL our Families , then Eric Trump said we are NOT People , MEANING = WE ARE NOT HUMAN . Hang on to your Asses Republicans, this is just the Start.”

Another posted, “DIDNT GET ENOUGH OF THEM!”, while another liberal stated, “Too bad trump wasn’t on First!” 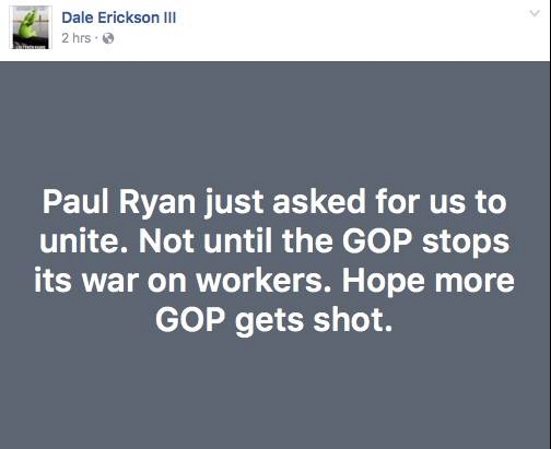 He reportedly also maintained other social media accounts that authorities are probing.

Guitarist of the Band Korn Opens Up to Rev. Peterson – Video

Idiots on Twitter blame NRA for terrorist shooting in Orlando