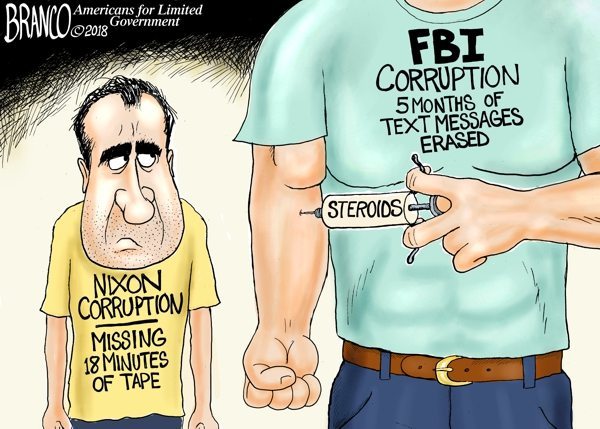 Many are saying the FBI missing text scandal is the Watergate scandal on steroids. Political Cartoon by A.F. Branco ©2017.  Republished with permission.

As we reported Friday, members of the House of Representatives said they viewed a “shocking” classified memo that allegedly reveals abuse of the Foreign Intelligence Surveillance Act (FISA) by senior Justice Department and Federal Bureau of Investigations officials in relation to the investigation of the Trump campaign.

Many say that what’s in the memo is worse than Watergate:

I have read the memo. The sickening reality has set in. I no longer hold out hope there is an innocent explanation for the information the public has seen. I have long said it is worse than Watergate. It was #neverTrump & #alwaysHillary. #releasethememo

“It’s troubling. It is shocking,” added Rep. Mark Meadows, R-N.C., who added: “Part of me wishes that I didn’t read it because I don’t want to believe that those kinds of things could be happening in this country that I call home and love so much.”

“I believe the consequence of its release will be major changes in people currently working at the FBI and the Department of Justice,” said Florida Republican Matt Gaetz, referring to Rod Rosenstein and Bruce Ohr.

He also told Fox News’ Sean Hannity that some could go to jail over the actions detailed in the memo.

“I think that this will not end just with firings. I believe there are people who will go to jail,” he said.  “I think there will be criminal implications here.”

Jail…  Works for us… 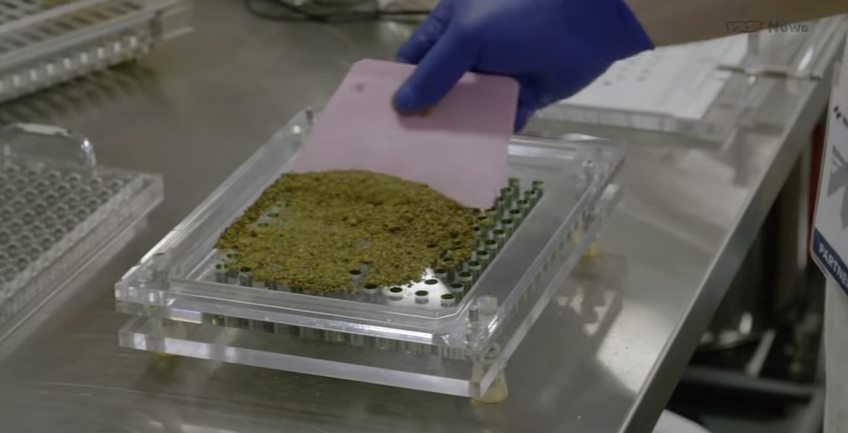 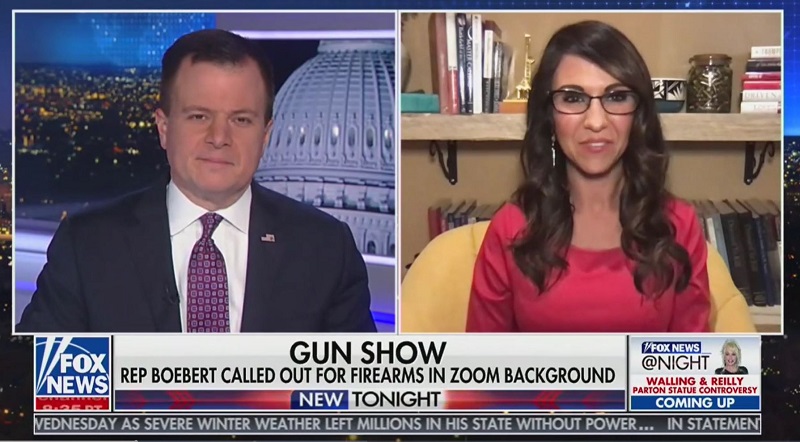