“It’s important for us to send a message to the world that when Americans are attacked, no matter how long it takes, we will find those responsible and we will bring them to justice.” – Barack HUSSEIN Obama patting himself on the back regarding the capture of Ahmed Abu Khattala

Giving Obama a perfect narrative to once again sing his own praises, a new divert and deflect attention grabber has appeared as America’s very own traitor-in-chief announced yesterday for all the world to hear that U.S. Special Operations forces captured Ansar al-Sharia commander Ahmed Abu Khattala…one of the supposed ringleaders of the attacks at Benghazi. Captured in a ‘secret raid’ in Libya over the weekend…on Obama’s so claimed Friday go-ahead… what I want to know is why did he did NOT arrest himself and Hillary ‘What Does It Matter’ Clinton instead as they are the ones truly responsible for Benghazi…period.

So as Iraq falls to ISIS because of his…YES his…aiding and abetting the enemy… as Lois Lerner’s e-mails have gone ‘poof’ into thin air…as the VA screws our vets while GITMO pieces of garbage and ILLEGALS get better medical care than they do…as our southern border is being overrun…Obama has ‘suddenly’ 642 days later…when his poll numbers are in the toilet…pulled a ‘Hail Mary’ pass and captures someone half a world away without a shot being fired and without so much as a struggle. And he did so while off playing golf, doing fundraisers, and bloviating about non-existent climate change at an ubber liberal southern California college. 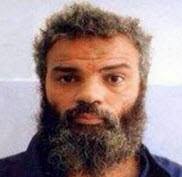 And ain’t he just so special to be able to all this yet he still can’t get the ObamaCare website fully operational…which might actually be a good thing when you think about it.

So the man who claims he took out Osama bin-Laden…remember it was all about him as he gave little credit to the Navy SEALS…now claims his orders facilitated the capture of Ahmed Abu Khattala. Ahmed Abu Khattala, the very man who sipped lattes right after Benghazi telling the FBI that it wasn’t safe to investigate…the very man who lived free in plain sight all these years and even talked to reporters…was captured just south of Benghazi on Sunday.

“He is now being transported back to the United States,” Obama spewed in his ‘it’s all about me’ photo-op appearance before the cameras at TechShop in Pittsburgh, PA. And while he might be coming back to the U.S. now, what I want to know is how long Khattala has really been in custody waiting for just the right moment to do the ‘sinking in the polls’ Obama the most good…how long has this so-called just captured scenario been cooked up for if truth be told this is the mother of all divert and deflect tactics saved for the very moment when Trey Gowdy’s Benghazi hearings are due to start…saved for the very moment when criticism is reaching a crescendo against Obama for his lack of action and lies about all things Benghazi.

And what a perfect diversion to take the pressure off Hillary’s involvement as she sets-up what many believe will be is her 2016 presidential run.

With it taking a three-count criminal complaint…a complaint filed last year in U.S. District Court in Washington, DC…against Khattala and at least a dozen other terrorists…YES terrorists…in connection with the attack at Benghazi…it must be remembered that this is a complaint NOT an indictment or the paper work needed to actually charge him. Filed by the FBI to justify the capture of the very man who’s been on the government’s list of ‘highly wanted targets’ for years…that man will be charged in a U.S. criminal court with “killing a person in the course of an attack on a federal facility involving use of a firearm,” on Sept. 11-12, 2012, providing and conspiring to “provide material support to terrorists resulting in a death” and possessing and using a firearm during a crime of violence.

And if convicted on the felony charges of murder alone, Khattala could be given the death penalty or life imprisonment, but with this being the U.S. where terrorists are read Miranda Rights and treated with kid gloves, you just know Khattala will be ‘lawyered-up’ to the hilt making this criminal complaint just another ‘dog and pony’ show that might play well for the cameras but will probably amount to a slap on the wrist…after all he is one of the ‘anointed one’s’ brethren you know.

So should Khattala be tried by the military as some want…me included…and could he end up where we usually hold al-Qaida militants as in the GITMO Country Club…complete with 3-squares a day…computer and TV access…soccer fields… better medical care than our veterans get…along with other creature comforts he most likely NEVER had back in the Libyian cesspool he came from. And while I’d love to see him in GITMO complete with a daily dose of waterboarding…I seriously doubt he will be on either account as the Obama loyal FBI knowingly filed criminal instead of terrorist charges to make sure it stayed in civilian court…where the case could languish and be stalled for years to allow Obama time to crow about this up through and beyond the November mid-term elections.

And so Kattala will be gently handled and his rights protected while Christopher Stevens, Sean Smith, Tyrone Woods, and Glen Doherty remain dead…while Barack HUSSEIN Obama gets away with (I believe) murder yet again. And instead of American jurisprudence following China’s lead when it come to terrorists…as in over the weekend China executed in a timely manner 13 people with muslim connections who were indicted and convicted of terrorism…the ‘supposed’ rights of a terrorist will trump doing what we all know needs to be done. And Ahmed Abu Khattala will be given a prayer rug and a qur’an, will be kept well-fed, and will be allowed access to the internet and TV…and it will be all on our taxpayer dime.

And that my friends is one sorry state of affairs. If you want the TRUTH of Obama’s hand in the Iraqi ISIS uprising and what’s REALLY going on in Iraq…Join Craig and Diane TODAY on RIGHT SIDE PATRIOTS…2-4pm EST on CPR Worldwide Media as they are joined by the foremost experts on Obama’s covert agenda…Dr. JIM GARROW, a 45- year CIA op and WALID SHOEBAT…the world renowned expert on islam and terrorism!!!

There is so much you haven’t heard and RIGHT SIDE PATRIOTS will EXPOSE IT ALL!!! 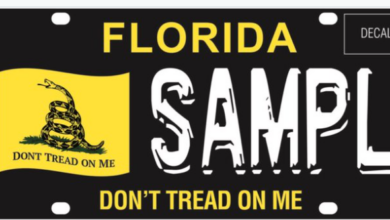 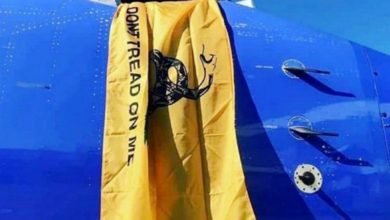