WHENEVER Islam’s western overlords are caught submitting non-Muslims to the sword of Allah, invariably, in order to shut up the naysayers, they trot out their ubiquitous PC-silencing bugaboos. Taboos. On cue, their leftist apologists and Muslim propaganda mouthpieces (with CAIR and assorted front groups taking the lead) trot out their dual-based (verbal) weapons of “Islamophobia” and the canard of racism. They are their mainstays. But never mind that one is a made out of whole cloth “phobia”, while the other is as applicable as flying pigs. The fact that Islam isn’t a race, well, that tells us all we need to know.

STILL yet, it is not for nothing that Canada, under the pro Islam wings of pretty boy Trudeau, is being brought to its knees.

INDEED, the Muslim Brotherhood is pulling a compliant Trudeau’s strings in the background. Ditto America’s. “The Plan”, laid out by the (global) Brotherhood Mafia, with the full-on embrace of Obama Inc. and surrogates, is marching the U.S. toward Sharia Blasphemy Laws, the lynch pin to Sharia.

AND while Canadians are in the throes of a heated debate – as to whether or not all the provisions of Quebec’s Bill 59 should become anchored into law – a preponderance of (non-Muslim) Americans are none the wiser. Regardless, let’s just recap its basis, that which is precisely a mirror image of the aforementioned Sharia Blasphemy Laws.

ALTHOUGH introduced in June 2015 and initially passed, a public uproar caused Quebec’s leadership to, supposedly, withdraw certain provisions of the so-called “Hate Speech” Bill. Still yet, it is very much alive, and hardly dead. Not by a long shot.

Quebec’s Bill 59, titled “An Act to enact the Act to prevent and combat hate speech and speech inciting violence and to amend various legislative provisions to better protect individuals,” has been raising concerns among Quebec residents and people across Canada. As the Center for Inquiry (CFI) has put it, “Human Rights actions in one province often set precedents for other jurisdictions,” and the unusually aggressive measures of Bill 59, should they become law, may threaten free speech everywhere in Canada.

Bill 59, introduced in June 2015, would allow the Quebec Human Rights Commission (QHRC) to censor speech that promotes “fear of the other.” It doesn’t provide details as to what constitutes such fear, which probably leaves the definition up to the QHRC, and its president, one Jacques Frémount. Back in 1964, US Supreme Court Justice Potter Stewart described his threshold test for obscenity (as opposed to legitimate film and literature) saying, “I know it when I see it.” This vague approach is bad enough when it comes to censuring x-rated media, but when it comes to actual free speech, the core of democracy, such vagueness is the stuff of state tyranny.

The CFI points out that the bill’s section 3 allows reporting of hate speech that hasn’t occurred but is anticipated. The section states: “The person can also report any situation that could contravene the prohibitions in section 2, in particular if the person has knowledge that such speech is about to be engaged in or disseminated or if the person has been asked to engage in or disseminate such speech.”

The third item of the bill’s Section 17 sets forth a proposed public record of those who have contravened this proposed legislation: “For the purposes of this Act, the Commission also … maintains an up-to-date list of persons who have been the subject of a decision concluding that they contravened a prohibition under section 2 and makes the list available on its website.”

Section 20 stipulates fines to be paid at between $1,000 and $10,000 with doubling if a prior contravention has occurred.

Section 24 goes after the livelihood of educators who have crossed the QHRC, suggesting that “a person whose name is on the list kept by the Commission … is considered to exhibit behavior that could reasonably pose a threat for the physical or emotional safety of the students.”

Pen Canada has stated that “Bill 59 poses a significant threat to free expression in Québec. Although this piece of legislation aims to combat hate speech and speech inciting violence specifically, its broad language coupled with restrictive prohibitions and significant penalties will place a chill on the expression of legitimate ideas and debate.”

“Not only does Bill 59 prohibit citizens from engaging in or disseminating hate speech, but also from acting in a way that causes the speech to be disseminated,” Pen Canada continues. “This language casts an alarmingly wide net. For those in heated political discussions, will the defense of ‘legitimately informing the public’ be sufficient against anonymous complaints to the Commission?”

A petition to “Stop Quebec Bill 59” spells out what the more polite websites objecting to the bill have not said: “People are trying to impose Islamic blasphemy law right here in Canada, RIGHT NOW! You may or may not have heard about the Quebec Bill 59 but it will affect us all. Bill 59 will enforce Islamic Sharia Law, making it a crime to question or criticize or ridicule an idea. This is a law that would explicitly infringe upon our rights to free speech. Be it in person, on a street, or even on the internet.”

And if you haven’t yet clicked away to add your name to thepetition, the authors conclude: “This bill is not only not needed but flies in the face of our Charter of Rights and Freedoms. It criminalizes criticism of Islam and anything considered an Islamic practice (Honor killings, honor rape, female genital mutilation, female oppression, and beating of wives and children).”

Constitutional attorney Julius Grey commented recently that, “Quebec is not yet a police state, but it is an inspector-state.” True to that definition, Bill 59 has been adopted in principle by Québec’s National Assembly and is currently being studied in detail by the Committee on Institutions. Once the committee releases its report and the National Assembly votes to adopt it, the bill could become law.

ALONG this silencing front, imagine if this investigative journalist lived in Canada (the heretofore liberal of all liberal bastions), alas, a target would be placed on this back. Hmm. 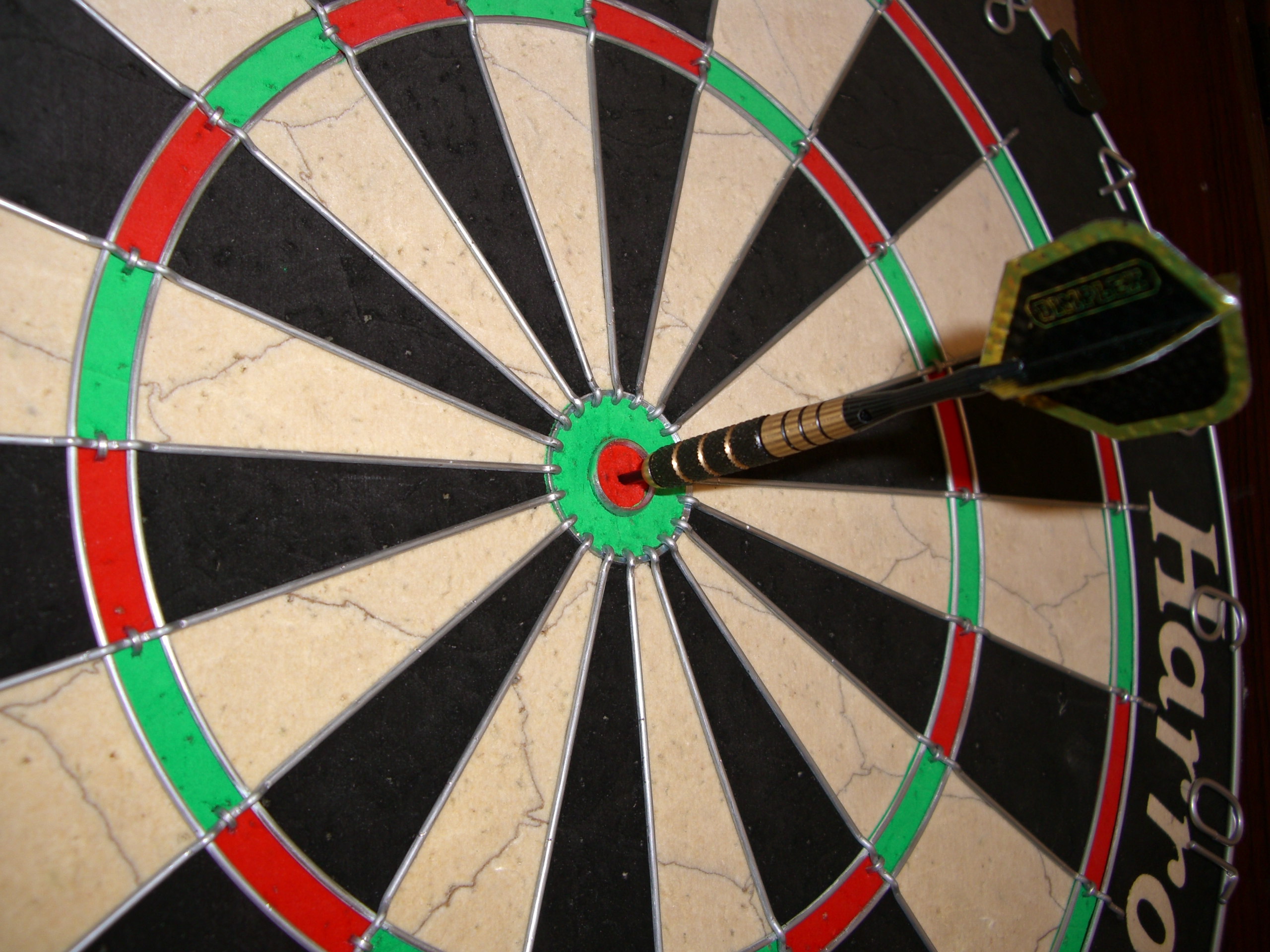 NO matter. Incontrovertibly, this anti-freedom bill (the bulwark and benchmark for others in the offing, yes, the aforementioned slippery slope) is no doubt akin to state tyranny, the outcome that Islamists and leftists are aiming for!

MIND you, not only is the bill designed to protect Muslims, the very grouping which actually wages jihad across the globe under the banner and sword of Islam, but its inherent dangers hardly stop at the borders of Quebec. Rather, its knock-on effects will absolutely reverberate throughout Canada. Effectively, it will deal a knock-out blow to America, the last (and most important) stop to a free west.

IN fact, as repeatedly evidenced at this site, the basic groundwork for Sharia Law within America was laid over several decades. More specifically, Blasphemy is almost a done deal too, if not thwarted en mass. In tandem, under the proverbial wings of HUSSEIN Obama, “The Plan” has reached its final (5th) stage.

BUT not to be lost in the morass, paradoxically, what constitutes silencing “Hate Speech” directly threatens Free Speech! Thus, such laws – one could be forgiven for thinking – would be an anathema to so-called liberals. Never mind, they are its biggest proponents, alongside Islamic supremacists. Fascists alike.

EVEN more so, a smattering of free-thinking Muslims recognize precisely what is at stake, despite the best efforts of Islamists and their leftist apologists. So it shouldn’t shock anyone that an influential Muslim cleric, Salam Elmenyawi (with others), head of the Muslim Council of Montreal (one of the Brotherhood’s fronts in Canada), is issuing veiled threats that unless Quebec passes Anti-Blasphemy Bill 59 the way he wants it, “there will be hell to pay.”

AND it is into this anti-freedom slippery slope ala the multicultural, PC abyss – straight into the belly of the Islamic beast, Sharia Law – which underlies this American-Israeli’s new book, BANNED: How Facebook Enables Militant Islamic Jihad. Its revelations are the raison d’etre for much heavy-lifting within this site. Most perniciously, said fascist-like thrust stands at the forefront of Zuckerberg’s censorship, at least when it comes to criticizing Islam, related jihad, and the “migrant/refugee” invasion. Albeit, all of it is couched under “humanitarian” gobbledygook.

SIMILARLY, creep-by-creep, Sharia laws are popping up all over Canada, as well as within America. This is not for nothing, for Sharia is the underlying basis of Islam! Not to mention, Europe has already submitted.

ALAS, by turning western freedoms upside down (as if  leftists and Islamists are the arbiters of what’s “tolerable” in a democracy), anti-proponents of Quebec’s Bill 59 must issue the following patriotic alert: 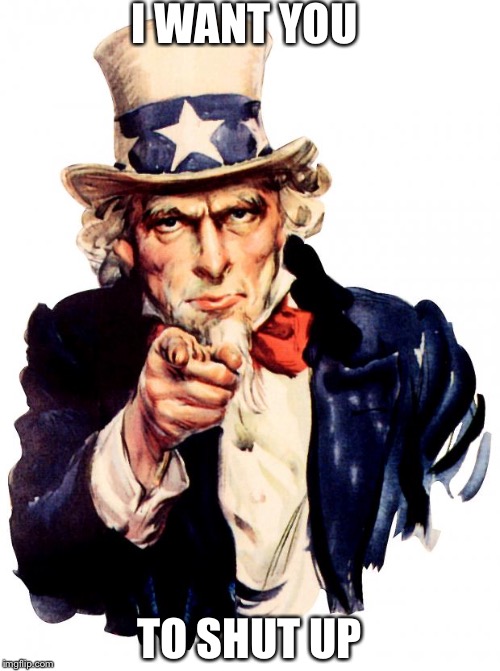 SO it is from this Orwellian hell hole that millions of American (and Canadian) patriots must awaken, thus, willing to take a clear and convincing stand – whatever it takes, emphasis placed – to stop Sharia Law’s thrust. Trust, otherwise, have no doubt that Islam will be imposed. And as has been proven, most of the methods used are through stealth jihad, up until the time that “announcements” are made and it’s a done deal. That is that.

BUT know this: the inestimable wisdom of Professor Paul Eidelberg (a close associate) is being offered as one of many gifts, though one of the most intrinsic. It is for all those whose eyes and ears are still open to truth-telling. Resultant, the following should be words to live (and sacrifice) by:

Given two antagonists – one a moral relativist, the other a moral absolutist, then, all other things being equal, the absolutist is more likely to persevere and win in any protracted conflict.

It is  doubtful that the Allied Powers in the Second World War would have conquered Nazi Germany had they not believed that Nazism is evil, and that freedom or liberal democracy is worth fighting and dying for.

This  is precisely the psychological state of affairs underlying or afflicting the conflict between Islam and the United States (the west) – and this conflict began before 9/11/01.Muslims believe in the absolute righteousness of their cause, the cause of Islam, and that liberal democracy is evil.

This moral disparity or asymmetry  is precisely why the more powerful United States, whose decision-makers have been emasculated by multicultural relativism, is retreating from the Middle East, just as it retreated from Communist-led North Vietnam, a tenth-rate military power. But mark this well: as in the 1960’s, American colleges and universities are not only steeped in multicultural relativism, as I have shown in an essay in the Congressional Record, but we now behold professors who below outright anti-Americanism…..

MOST significantly, not only words to live by but to stake ones life on. This American-Israeli does, and on a daily basis. So much so, in both word(s) and deed(s).