Forget about retention of GOP control of the U.S. Senate, the high point of Tuesday’s election was the victory in Nevada’s 36th District Assembly race for Dennis Hof, who, according to NBC News, fashioned himself “as a Donald Trump-style Republican.”

Hof became famous as a brothel owner in the Silver State, and he even had a reality TV show. Unfortunately, Mr. Hof will be unable to take over his duties. He passed away last month.

Considering his business experience, as a politician he might have been a superstar, but all kidding aside, the fact that he won against a Democrat after it was certainly known of his passing suggests a great deal about Tuesday’s election. He is hardly the first dead person ever elected to public office, and it’s a cinch he is now in the company of a lot of other politically active people who may have voted in Chicago, Detroit or New York long after departing this world.

Hof’s posthumous victory may provide a smile to lots of people who were not pleased with the outcome of Tuesday’s elections. Nancy Pelosi appears to be headed back as House Speaker—which may be a gift in disguise to Republicans planning a Congressional run in 2020—and already it seems that the 2020 presidential campaign season is already firing up. According to News Trust, “Tuesday’s elections sounded the starting gun for a long, crowded, expensive and no doubt dramatic race for the presidency.”

What Democrats hoped would be a “Blue Wave” referendum on Donald Trump’s presidency turned into something considerably less, with a few more seats going Republican in the Senate. That’s where Trump will establish his lasting legacy by changing the federal courts with more conservative judges, restoring balance to a court system that now seems largely tilted to the left.

Democrats have some significant casualties. North Dakota’s Heidi Heitkamp got the boot, days after the state Democratic Party tried to discourage hunters from voting with a bogus claim that they might lose their out-of-state hunting licenses. Also removed were other Democrat senators who voted against confirmation of Associate Justice Brett Kavanaugh after the Senate Judiciary hearings that many critics called an outrage.

Gone will be Senators Claire McCaskill of Missouri, Joe Donnelly of Indiana and possibly Bill Nelson of Florida, the latter who has asked for a recount.

At the end of the day, Trump may be the big winner. He is still president and he still has the veto, so whatever House Democrats try to pass that he doesn’t like is DOA in the Oval Office. And if Democrats live up to their traditional Capitol Hill standards, Trump will only have to put up with them for two years. 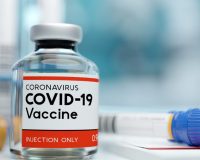 US Government Scrubs/Censors Stats on Vaccine-Related Deaths
May 18th, 2021 Sons of Liberty Media