President Trump doesn’t often win in California, especially in their courts. But the California Supreme Court unanimously ruled that the new law requiring candidates to release 5 years worth of tax returns before being allowed on the primary is unconstitutional. Now it’s been through two courts, one federal, one state, both ruling it null and void. 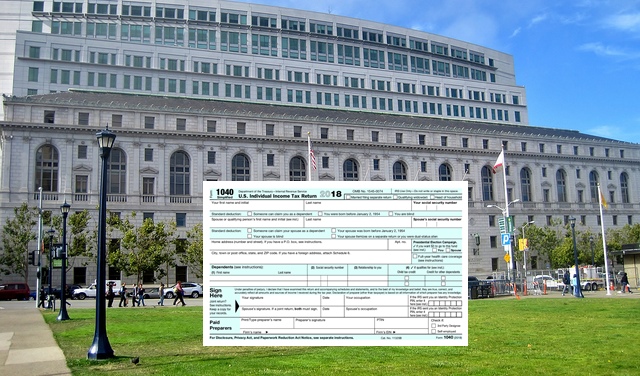 Gov Newsom signed the measure into law back in July in a blatant attempt to force President Trump to release his tax returns if he wanted to be in the California primary. Republicans immediately sued to block the law.

Back in October, a Federal judge ruled that the California law violated the U.S. Constitution.

This time, the California Supreme Court said that the law violates the state law about primary ballot eligibility.

“The judges ruled that the law is ‘in conflict with the Constitution’s specification of an inclusive open presidential primary ballot’ and ‘it is the voters who must decide whether the refusal of a candidate . . . to make such information available to the public will have consequences at the ballot box.’…

…The state defended the law as a prerequisite for office that would help voters discern potential conflicts of interest, while Republicans who sued to block the law criticized the effort as a blatant partisan attempt to embarrass the president.”

The summary of the California Supreme Court Ruling reads as follows (the case was Patterson vs Padilla):

“The Supreme Court exercised its original jurisdiction to entertain an emergency petition for a writ of mandate that would forbid the Secretary of State from enforcing portions of the recently enabled Presidential Tax Transparency and Accountability Act, Cal. Elec. Code 6880 et seq. The Supreme Court granted that writ, holding that portions of the Act conflict with Cal. Const. art. II, 5(c) and are therefore invalid.

Specifically, the Court held that Elections Code sections 6883 and 6884 are invalid under article II, section 5(c) insofar as they require someone who is recognized as a candidate for the office of President of the United States to file with the Secretary of State federal income tax returns for the five most recent taxable years as a necessary condition for appearing on the primary election ballot of a qualified political party. The Court held that this additional prerequisite conflicts with the California Constitution’s specification of an inclusive open presidential primary ballot and therefore cannot lawfully be enforced.”

The law wasn’t even a “thinly veiled” attempt, it was a blatant attack on Trump. It was billed as a way to “help voters decide” — a ridiculous ruse. Fortunately, the court saw through it and ruled accordingly.

Cartoon of the Day: Bomb Squad
May 14th, 2021 Liberty Unyielding

A Gentile And Secular Jew’s Guide To Jewish Holiday Of Shavuot And The ‘Ten Commandments’
May 14th, 2021 The Lid