In spite of the failure of the California Red Flag Law to stop mass shootings in Gilroy and Thousands Oaks, they are expanding it. The newest push adds employers, coworkers, and teachers to the list of people who can tell authorities that someone is a danger to others. The bill was approved by the legislature and sent to Gov Newsom on Monday. 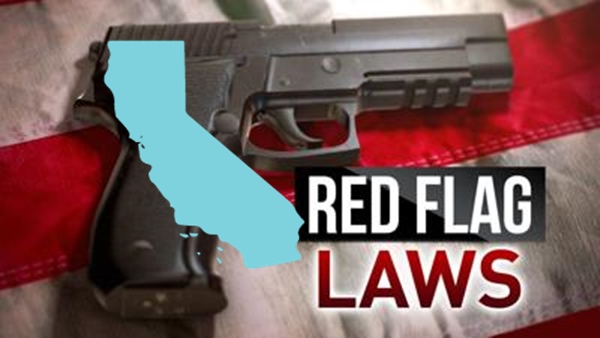 Employers, co-workers and teachers could ask judges to take away guns from people who are deemed a danger to themselves or others under a bill that has cleared the California Senate.

California enacted a so-called “red flag law” that took effect in 2016. But it only allows law enforcement and immediate family members to ask judges for gun restraining orders. Assembly Bill 61 by Democratic Assemblyman Phil Ting of San Francisco would expand that law.

Lawmakers decided that the California Red Flag law expansion would be “helpful.” But it sets up another whole pile of issues Constitutionally.

Civil libertarians have objected to the fact that the law allows guns to be removed for up to 21 days before a court hears the testimony from the person losing the firearms. A hearing with the gun owner could extend the order for up to a year.

The measure was also opposed by the American Civil Liberties Union of California, which says it “poses a significant threat to civil liberties by expanding the authorization to seek ex parte orders, with all the ensuing consequences, without an opportunity for the person to be heard or contest the matter.”

But that’s not all. Another bill sent to the Governor lifts the $100 cap on fees for concealed weapons permits. Now California counties can charge whatever they want to ‘process’ those permits. Will that cut down on the number of permits because people will not be able to afford them? Libs are likely hoping that will be the case.

Another bill sent to Gov Newsom requires all parts for homemade guns to be purchased through a licensed FFL dealer by 2023 so that they can be subject to background checks and registration.

The California red flag law being expanded to include people who are STILL not trained in mental health issues is an egregious violation of the Bill of Rights.