On Wednesday, the Pasadena Star News reported that seniors at Alhambra High School in California have crafted their own proposed gun control legislation and plan to submit it to their student government, the school district board, the teachers’ union and the local City Council for approval in the next few days.

“At first they wanted to write to President Trump and their local Congress people, which they did,” said teacher Jose Sanchez.  “But they wanted to do more. So the next logical step was to write their own gun control legislation.”

The initial draft completely abolished the Second Amendment to the Constitution and eliminated the individual right to keep and bear arms.

“But,” Christopher Yee said, “for the resolution to be taken seriously by the broader community, Alejandro Salazar, 18, said, it had to represent a compromise. While the final version no longer outlaws civilian gun ownership, it requires gun owners to undergo training for gun safety, handling and shooting and it ends internet gun sales and closes loopholes which allow people to circumvent background check requirements by buying at gun shows.”

“We can’t just satisfy one side, like politicians who oppose gun control and take big campaign donations from the National Rifle Association,” Salazar told Yee.

One proposed change was to increase the age for purchasing firearms from 18 to 25.  The reason for that, 17-year-old Briana Garay explained, is that research indicates that the human brain is not fully developed until age 25.

Wait — so children whose brains aren’t fully developed want the age to purchase guns raised?  How does that compute?

“If your brain isn’t fully developed, why should you be able to own a gun?” Garay said, who also acknowledged that the same logic brings into question age requirements for military service and the ability to buy cigarettes and alcohol.

If that’s the case, then why are people whose brains aren’t fully developed proposing gun control legislation?  And why are 18-year-olds allowed to vote?

The Alhambra Democratic Club has offered nonpartisan support for the students and constructive criticism on the resolution. Club President Sean McMorris said he was humbled and inspired to see young adults engaging in government.

“It is very easy for young adults to become jaded and tune out of the political and governmental process,” McMorris said. “That is dangerous for the country and our democratic institutions, so these students give me hope.”

During Friday’s class session, students brainstormed the best ways to raise awareness about the resolution and to get it in the hands of decision-makers who could adopt it in support of its principles. Students plan to present it to the City Council at its meeting Monday, to the Alhambra Unified school board Tuesday and to the Democratic Club on Wednesday.

Comments on the article are pretty much what one might expect.

“If the brain is not fully developed until 25 then all your rights should be curtailed. No voting, no freedom of speech or religion, no freedom from self incrimination or warrantless searches. See how ignorant these ideas sound when you apply them to anything other than guns?” another reader added.

Ripping Off America to Finance its Destruction 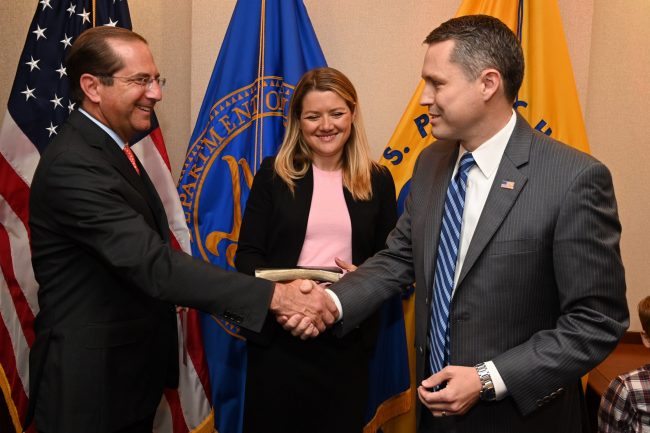