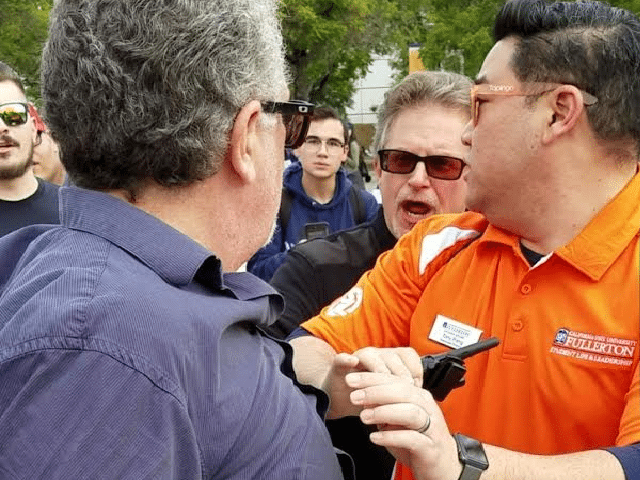 On Wednesday, the Orange County Register reported that a part-time instructor at California State College at Fullerton is under investigation by police after he allegedly had what the paper called a “run-in” with three members of the CSUF Republicans during a “No Ban No Wall” protest at the school which was held by the school’s chapter of Students for Justice in Palestine.  It seems, however, that it was more than just a “run-in” as the Register said.  According to witnesses, the instructor allegedly punched one of the Republicans in the face.

The description for the protest event mentioned that “a large population of students at CSUF have been attacked because of the identities they hold.” The agenda for the event included a protest, march around campus, and a group prayer led by the Muslim Student Association.

Canin did not wish to desist and allegedly proceeded to purposefully strike Ignalls in the face, according the College Republicans.

A man claiming to be a professor has assaulted one of our protesters. We are in contact with the police.

“I saw a man who had told us he was a professor attacking Bryce Ingalls, and immediately intervened to physically restrain him until police arrived to apprehended him,” Boyle said. “At the time, students identified him as anthropology professor Eric Canin. A quick google search and the police report confirmed this. Eric Canin is a part time anthropology professor here at CSUF, and he took offense to our presence during the protest, and assaulted one of my College Republicans, Bryce Ingalls.”

“It’s unfortunate that young republicans and College Republicans can’t take their safety for granted on campus and get attacked for their views,” Boyle added. “I felt shocked that this kind of violence could take place on our campus. Our job on campus is to stand up for Republicans and conservatives and when I see anyone, especially a professor, physically attacking a student I feel like it’s my responsibility to step in and be the safeguard that Republican students deserve. After he assaulted a student, I put him under a citizens arrest and I want to make sure he is going to be held accountable.”

“People would already be in cuffs if this was done to the Democrats,” said Ali Deway, a senior at CSUF.

“Since Eric Canin is not a tenured professor, we encourage concerned citizens to call or email the school to ask for corrective action,” said junior at CSUF, Hannah Reams.

Following the incident, Jeffrey D. Cook, the chief communications officer for California State University, Fullerton, declared on Twitter that “any violent incident, however isolated, cannot be tolerated and is unacceptable.”

Police were trying to figure out exactly what happened and whether charges or citations are warranted, Willey said.

“There were no other issues,” the captain said. “Everything was peaceful, if somewhat boisterous, on both sides.”

But, Breitbart said, the College Republicans will be coordinating with the school and police to press charges. 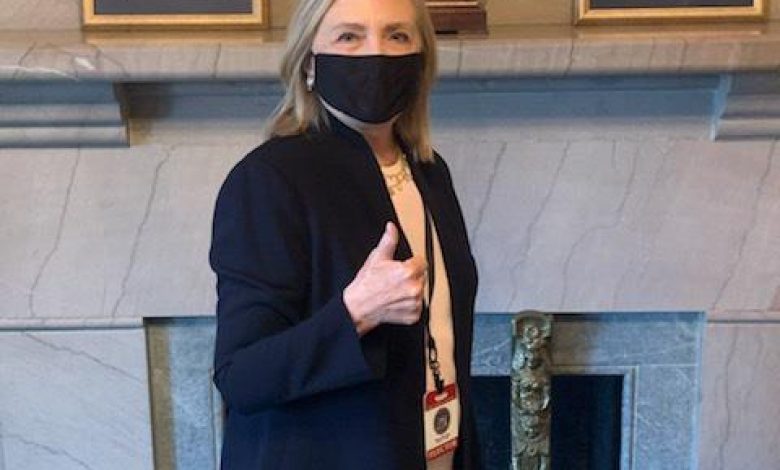 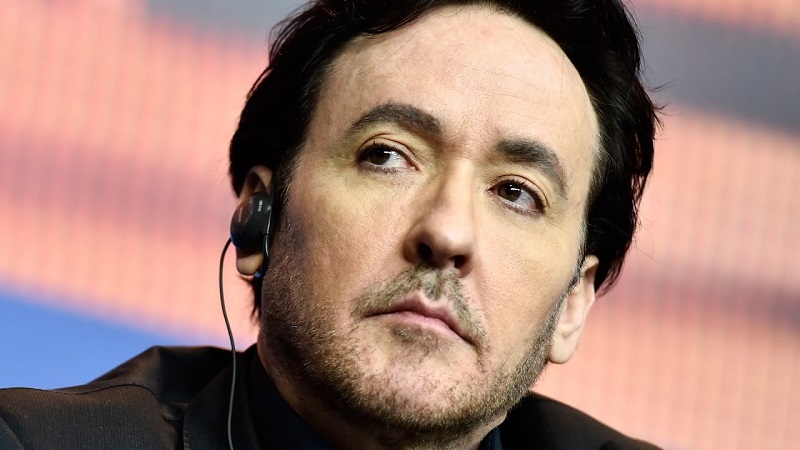 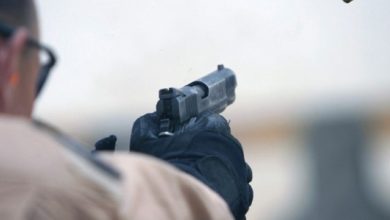 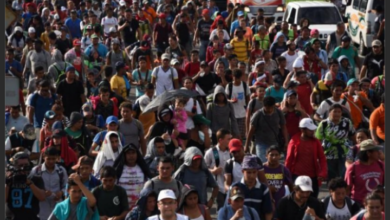