Documents obtained by the Investigative Project on Terrorism (IPT) show that the Council on American Islamic Relations (CAIR) conducted sensitivity training for Philadelphia teachers in 2016.

IPT stated that the information obtained showed that the Council on American Islamic Relations attorneys conducted a presentation for educators on Election Day, focusing on Islamophobia and the civil rights of Muslim students, a November press release said. The seminar was described as the first in a series of planned workshops on those issues.

“In the current political environment, Muslim American students are facing increased rates of bullying, emotional abuse, physical threats, and verbal epithets due to their faith, race, or ethnicity,” CAIR Philadelphia said in the release.

Still, the director of the school system’s Multilingual Family Support Center argued that, “We need CAIR helping our schools.”

For a subsequent session, Fazlullah and Houldin would discuss “issues of diversity, equity, and fairness” at a January 3 professional development day, Colette Langston, principal at Philadelphia’s Swenson Arts and Technology High School, wrote in an email to teachers. The morning seminar was called, “Cultural Sensitivity and Diversity Workshop #1 Topic: Islamophobia.”

The school district did not provide course materials in response to the IPT’s public records request. School district officials did not respond to queries as to whether they conduct sensitivity training for other religious groups including Christians, Jews, Sikhs, or Hindus.

The school district’s reliance on CAIR could raise constitutional issues because the group’s executive director has described CAIR as a religious ministry.

Nihad Awad, CAIR’s executive director, testified before the National Labor Relations Board (NLRB) last spring that CAIR was a religious organization whose primary purpose is to spread Islam.

“[Awad] testified at length about the Employer’s role in conducting educational services in the fields of religion, culture, education, society, and history concerning Islamic issues. These services are provided to both Muslims and non-Muslims alike. [Awad] described the Employer’s role in explaining the Islamic faith itself,” Charles L. Posner, regional director of the National Labor Relations Board, wrote in an April 7 ruling.

Awad’s acknowledgement prompted the San Diego Unified School District (SDUSD) to publicly back away from a CAIR-sponsored anti-bullying program. The Freedom of Conscience Defense Fund (FCDF) was suing to bar CAIR from influencing public school programming. 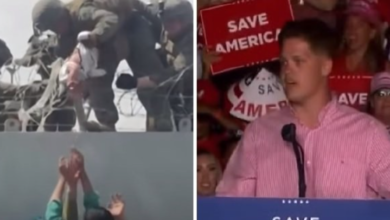