The Los Angeles Times reported Wednesday that registration of so-called “assault weapons” has spiked during the past 11 months, possibly because of a change in the law that now requires registration of modern sporting rifles fitted with the “bullet button” device.

But when the state Department of Justice’s online registration system apparently broke down during the final week of registration, many gun owners were apparently left out in the political cold. As a result, a coalition of gun rights groups including the Second Amendment Foundation, Calguns Foundation, Firearms Policy Coalition and Firearms Policy Foundation filed a lawsuit against CalDOJ and Attorney General Xavier Becerra. They were joined by three private individuals.

What is happening now in California could be used as an example of what happens under increasingly strict gun regulation, which is why various rights groups oppose gun control laws. It is because they incrementally tighten down on law-abiding gun owners.

Over the past 11 months, according to the newspaper, Golden State gun owners have applied to register more than 68,800 “additional assault weapons.”

Prior to passage of a ban on bullet button-equipped semi-auto rifles, they were legal. But Fox News recalled that the ban was “enacted after the 2015 terrorist attack in San Bernardino.” California gun owners were essentially penalized because a man and wife opened fire at a midday function and killed 14 people. The previous year, another shooting at the Los Angeles International Airport was also mentioned as a catalyst for tougher gun laws.

But SAF and the other groups said that gun owners attempting to comply with the law found they couldn’t due to what apparently was a system breakdown during the week of June 25-30.

“We’re suing because California DOJ’s Firearms Application Reporting System (CFARS) broke down during the deadline week for people to register their firearms in accordance with new state laws,” said SAF founder and Executive Vice President Alan M. Gottlieb. “For a whole week the system was largely inaccessible. People who wanted to comply with the law simply couldn’t and now they face becoming criminals because they couldn’t do what the law requires.

“It’s like a bad version of ‘Catch-22’,” he added. “The government required registration by the deadline, but the online registration failed and people couldn’t register. They’re required to obey the law, but the system broke down, making it impossible to obey the law. Now these people face the possibility of being prosecuted. We simply cannot abide that kind of incompetence.”

FPC President Brandon Combs asserted that “Attorney General Xavier Becerra seems to care about everything but the constitution, the rule of law, and law-abiding California gun owners. If Becerra spent as much time doing his job as he does talking about his pet crusades against the federal government, hundreds of thousands of Californians would not be in legal jeopardy right now.”

“Predictably the state of California wants to take guns away from the law abiding. In this instance they couldn’t even build a working system to respect gun owners’ rights,” explained CGF Chairman Gene Hoffman. “We simply want to allow those who want to comply with the law to have more time with a working registration system.”

The registration increase tends to reinforce a contention among gun owners that more guns are sold when there is a threat of more restrictive laws, which defeats the purpose of the proposed laws. Gun control is pushed as a way to reduce the number of firearms in public hands, but they push more people through the doors of gun shops and sporting goods stores. 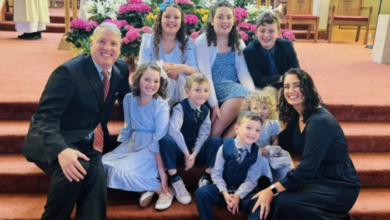