On Tuesday, Buzzfeed sparked a great deal of controversy when it published what it admitted are “unverified” allegations involving President-elect Donald Trump and allegations of ties to Russians that include stories of prostitutes and “golden showers.”

According to Buzzfeed (Emphasis added):

A dossier making explosive — but unverified — allegations that the Russian government has been “cultivating, supporting and assisting” President-elect Donald Trump for years and gained compromising information about him has been circulating among elected officials, intelligence agents, and journalists for weeks.

The dossier, which is a collection of memos written over a period of months, includes specific, unverified, and potentially unverifiable allegations of contact between Trump aides and Russian operatives, and graphic claims of sexual acts documented by the Russians. BuzzFeed News reporters in the US and Europe have been investigating various alleged facts in the dossier but have not verified or falsified them. CNN reported Tuesday that a two-page synopsis of the report was given to President Obama and Trump.

BuzzFeed editor-in-chief Ben Smith shared on Twitter a memo sent to staffers explaining why the site had rushed out the dossier, noting (after publication) that there was “serious reason to doubt the allegations” contained in it and claiming BuzzFeed had been “chasing specific claims in this document for weeks.” Chasing, not catching, mind you.

We published the report making explosive but unverified allegations that Trump has deep ties to Russia https://t.co/1MxxelPlBs pic.twitter.com/p72JXPeeUi

An article at the reliably liberal Guardian said the report “triggered a political storm and debate over media ethics” as though there are any “ethics” in the media anymore.

The memos were compiled by the former intelligence officer on behalf of some of Trump’s Republican opponents in the primaries, and later by Democrats.

Other media outlets including the Guardian obtained and reviewed the documents in recent weeks but declined to publish because there was no way to independently verify them.

The stakes rose on Tuesday when CNN reported that America’s intelligence chiefs gave Trump and Barack Obama a two-page summary of the reports last week. CNN and The Guardian also reported that Senator John McCain delivered a copy to FBI director James Comey last month, but withheld the documents’ most eye-opening details, citing lack of corroboration.

Got that?  These are unverified allegations that are quite likely unverifiable, but many media outlets published them anyway.

Media analyst Mark Dice broke this down quite nicely:

Bad doesn’t begin to describe this.  Even David Corn steered away from it:

1. For those asking, I didn't publish the full memos from the intelligence operative because I could not confirm the allegations.

2. I believed it was fair & responsible to note that a credible source had provided FBI allegations of Moscow op to co-opt Trump.

We have just one question: Will Facebook deem this to be fake and punish Buzzfeed?

Nah, we didn’t think so, either. 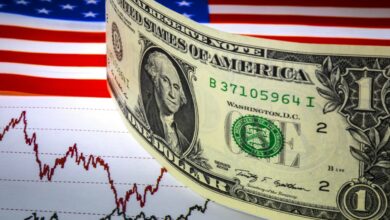