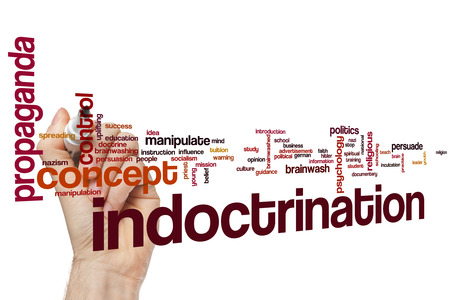 ONE can be forgiven for believing that there are certain trigger points that even the powers that be in Washington shouldn’t be able to trample – for doing so would violate the Constitution, the law(s) of the land.

IN this regard, the “Bill of Rights” – part and parcel of the Constitution – is very clear vis-à-vis the “Separation of Church and State.” Readers, it is not a hidden document!

Jefferson’s metaphor of a wall of separation has been cited repeatedly by the U.S. Supreme Court. In Reynolds v. United States (1879) the Court wrote that Jefferson’s comments “may be accepted almost as an authoritative declaration of the scope and effect of the [First] Amendment.” In Everson v. Board of Education (1947), Justice Hugo Black wrote: “In the words of Thomas Jefferson, the clause against establishment of religion by law was intended to erect a wall of separation between church and state.”[2]

INHERENTLY, what is so hard to understand about its meaning and intent?

MORE specifically, since the public – emphasis placed – school system, putrid as it is, is administered by the US Department of Education, to wit, the “wall of separation” applies as much to public schools, as it does to any governmental entity.

WHICH brings the discussion full circle – straight to the heart of the Brotherhood Mafia’s entrenchment within ALL spheres of American influence. But when it comes to the kiddies, well, Islam’s foxes have an open sesame and revolving door invitation. This is the case, despite the Constitutional violation – that which forbids ANY religion to step foot inside the classrooms! Adding insult to grievous injury, Islam receives golden treatment!

STILL, before the latest travesty and treachery via officialdom is exposed, let’s turn to the key of Allah’s creep-like and insidious infestation within the public school system. You be the judge.

SIGNIFICANTLY, keep this fact uppermost in mind: as instructed by the Brotherhood to be the front-arm into America’s schools, the MSA was set up in 1963 on the campus of University of Illinois at Urbana-Champaign. Akin to termites, hundreds of chapters throughout America (fyi, Canada is equally infiltrated) mushroomed over the years. Did you know that? 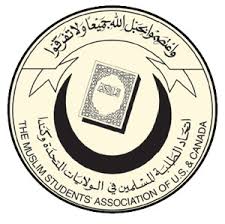 IT is this encroaching danger(s) which is why – in mid-2012, this site’s inception – the MSA made its debut performance: “The Muslim Student Association: Islamic Student Arm of Brotherhood Mafia – Huma Abedin Board Member Too. What Does It Mean?“

AS NIGHT FOLLOWS DAY, IT WAS BOUND TO HAPPEN:

Not the first Illinois high school to have the Muslim Brotherhood student group convince non-Muslim girls and teachers at Vernon Hills to wear hijabs.

Several teachers and students had already donned the distinctive head covering and hurried to class early Wednesday before Ariej Mohamed arrived for school. But when Mohamed, a senior at Richwoods High School, saw dozens of students in the school foyer, either wearing or waiting to try on scarves, she went into typical teen-girl ecstasy.

Mohamed, who is Muslim and president of the school’s Muslim Student Association

The daughter of Sudanese immigrants…

Students, teachers and administrators have made Richwoods “a safe place,” she said. The school offers an Arabic class and makes private space for Muslim prayers. Both Muslim and non-Muslim students are members of the Muslim Students Association, whose numbers have grown from a “handful” to about 20 since it started last year, according to Mohamed.

Besides World Hijab Day, the student group organizes programs to educate people about Islam, including the many different cultures that practice the religion.

The public school not only allows this Islamic proselytizing (dawah) on campus, but it apparently encourages and supports it allowing a Muslim Brotherhood-founded student organization to operate in the school.

Richmond Hills high school even allocates public, taxpayer-funded space to Muslims so they can pray in private during school hours.

“JIHAD IS MY SPIRIT, I WILL DIE TO ESTABLISH ISLAM!

ARE they being unclear – or what??

BUT never mind, some doubting Thomas types are hardly fooled. Nor, heaven forfend, willing to submit. Read on….

AS to those who prefer to remain blindfolded with magical “thinking”, good luck with that. Better yet, get your heads out of the toilet before it is too late. In any case, is it a wonder that Melanie Phillips, Britain’s most incisive and thought provoking journalist – who used to be a liberal, no less – admits to having been “mugged by reality.” Go figure.

SPEAKING of the Brits: how much starker must it be – and how many more submissions will it take – to demonstrate where the west really stands in this civilizational war, in order to answer truthfully to: “who’s on first”? After all, when Oxford University Press – the largest university press in the world, a prestigious literary powerhouse – BANS the words “pig” and “pork” because it “offends” Muslims, is that not a prima facie indicator? Speechless. Breathless.

ALONG this same trajectory of silencing, how about the threatening thrust against a Illinois school board trustee, all for the “crime” of posting on social media the truth about Islam’s infiltration and penetration into the school system and elsewhere?

LO and behold, shrill hues and cries are taking place (akin to the Salem witch trials and the like) against Sharon Bannigan – clamoring for her resignation, of course, tarring her anti-Muslim in the process! Mind you, who in the district’s hierarchy, ala the thought police, recognizes that the real crime is the evisceration of a citizen’s First Amendment right to free speech? More specifically, what about all the threats against her, for daring to stand up against the Islamization of America – duly evidenced by the prostration and submission of public schools across America and so much more?

PATRIOTS, let’s face facts: but for the truth that Mohammedans are VERY clear about taking over the west (and with America being their chief target, after all, if anything, the nation chosen for attack on 9/11/01 was hardly happenstance), there is little, even remotely so, that is benign about their methods and designs.

INTRINSICALLY, there is nothing like getting it straight from the horse’s mouth, so to speak.

SO, when a particular counterterror/counterintelligence professional had the occasion to interrogate – yes, interrogate – Allah’s Muslim Terrorists during Operation Iraqi Freedom, not too incidentally, they were very open about their plans. The Islamic “process”, if you will. In tandem, others along the way spilled their guts too.

When I was in Iraq I had the opportunity to “interview” several captured Al Qaeda members. I asked them what type of future attacks America would endure. The answer over and over was that the hearts of Americans would be attacked. They explained that this meant the American children would be attacked because they are the hearts of the American people. These terrorists said the attacks would not necessarily be physical attacks, but rather a slow indoctrination in U.S. public schools and universities. The indoctrinating would include the Islamic ideology is peaceful and even as non-Muslims they support Islam and the Muslim people.

I have had several Islamic leaders tell me that Muslims who practice ‘Pure Islam’ have what is called ‘Black Hearts’. These Muslims had no conscience, feelings, emotions, love or caring about anything or anyone aside from Allah. Essentially they have no souls. They have an empty heart. These people have no feelings for even their own children; needless to say they have no feelings for children who are not theirs. It is just as easy for them to behead a neighbor child as it would be to behead even their own children. Children are simply a tool for them to use to achieve their ultimate goal of an Islamic Ummah (nation) under Shariah law…..continue reading….

ALAS, the fact that they “opened up” to the first US Civilian Federal Agent who was deployed from AFOSI – Air Force Office of Special Investigations – when the operation began, let’s just say that he kinda had the jump on others who followed thereafter. Understood? Not only that, armed with the highest security clearances (Top Secret/SCI) and immersed within several “black projects“, it lent him certain counterintelligence advantages. What else needs to be said??

FOR crying out loud, if his word is not good enough – attesting to their plans for the kiddies – who are you gonna believe? Perhaps, the “see no Islamic evil” Department of (mis)Education; the fascist-left foxes within the body politic; the Brotherhood Mafia’s propaganda front-arms, or, maybe, assorted surrogates and apologists for Islam are better addresses?

DEAR PATRIOTS/PARENTS: WAKE THE HELL UP! ARISE – YOUR KIDDIES ARE THE FUTURE OF AMERICA!

IF NOT – THIS WILL BE THEIR FUTURE!!

“Dawa, whether done from the rubble of the World Trade Center or elsewhere, is the missionary work by which Islam is spread…. [D]awa  is proselytism… “The purpose of dawa, like the purpose of jihad, is to implement, spread, and defend sharia. Scholar Robert Spencer incisively refers to dawa practices as ‘stealth jihad,’ the advancement of the sharia agenda through means other than violence and agents other than terrorists. These include extortion, cultivation of sympathizers in the media and the universities, exploitation of our legal system and tradition of religious liberty, infiltration of our political system, and fundraising. This is why Yusuf Qaradawi, the spiritual leader of the Muslim Brotherhood and the world’s most influential Islamic cleric, boldly promises that Islam will ‘conquer America’ and ‘conquer Europe’ through dawa.” 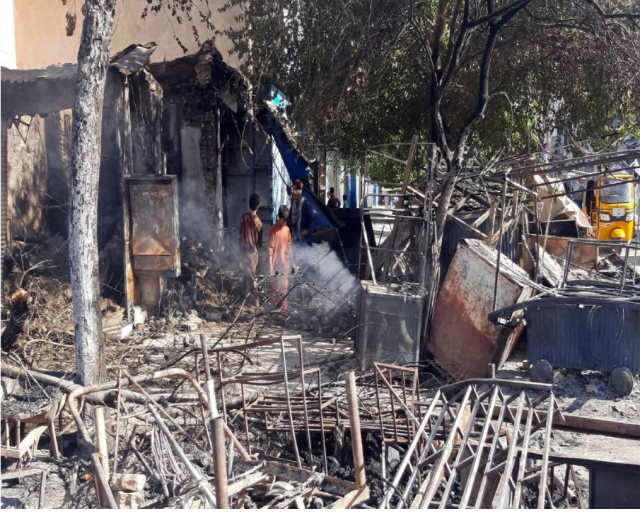 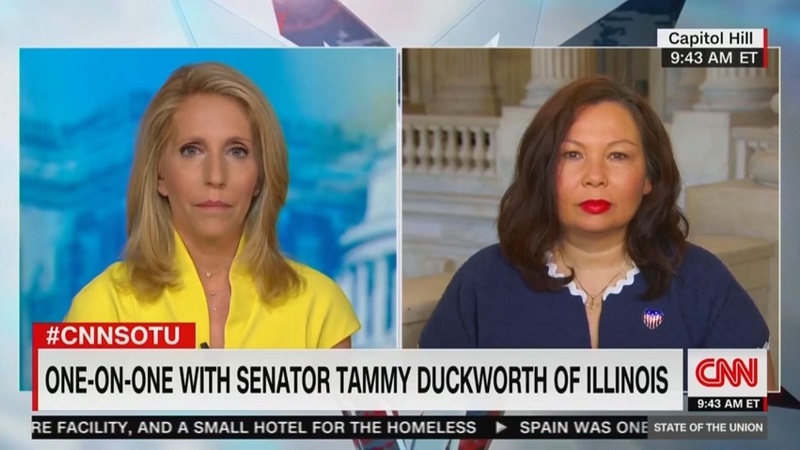