AS is known, there are two sides to every coin – just ask anyone who has ever flipped for heads or tails to see who starts the game. And while the aforementioned idiom may appear out of left field, or a bizarre way to explain issues which are grave in nature, the fact remains that it fits to a tee. Hang on.

IN this regard, at this critical juncture in time, only Americans who are revolutionary to their core are incapable of reconciling to the outcome of the election. Stipulated, there will always be winners and losers. Resultant, one side feels victorious, while the other – not so much. Get over it!

RESULTANT, as the inevitable post-election process moves forward, many are watching very intently to see who is chosen for this and that high-profile position. Indeed, little is more indicative of which way the domestic and foreign winds will blow through Washington, other than to understand the leanings of those chosen for primary postings. In other words, when Holder was named AG most understood what that meant. Not only that, when L O R E T T A Lynch followed in his anti Constitutional footsteps, well, the conclusion was foregone. Ditto Clinton at State, followed by Swift Boat Kerry, as well as Jeh Johnson at Homeland….you get the (revolutionary) picture.

BACK to the two-sided coin….

ON the first side, when it comes to the Muslim Brotherhood Mafia, let there be no doubt that everything which smacks of patriotic ethos is enough to make their blood boil. This is a given. And it is not as if ISIS (AKA ISIL) is an anomaly to Islam’s Caliphate-driven jihadi march and akin to a bad seed. Not at all.

IN reality, ISIS is a direct descendant of Al-Qaeda in the Arabian Peninsula, that which spawned from the Muslim Brotherhood Mafia! Alas, less than 3 degrees separated. In tandem, their Shia counterparts are equally poisonous, and with Iran’s tentacled offshoots as leading contenders. Mind you, as needed, Sunni and Shia jihadists collaborate and cooperate in their war against the west, even though warring for Islamic hegemony against each other for centuries on end.

SO what’s the upshot and connection to the ape-like screeching from Islamists in America (and beyond) to President-elect Trump’s top-tier picks so far?

In case anyone forgot, our next president actually said “Islam hates us” https://www.washingtonpost.com/news/post-politics/wp/2016/03/09/trump-i-think-islam-hates-us/ …

Trump: ‘I think Islam hates us.’

Trump was responding to a question on CNN about whether he believed the West is at war with Islam.

Fear of Muslims is RATIONAL: please forward this to others: the truth fears no questions… http://youtu.be/tJnW8HRHLLw

Trump chose @GenFlynn as his National Security Advisor. We must not shy away from comparing his anti-Muslim rhetoric to that of the Nazis

Flynn tweeted earlier this year that “fear of Muslims is RATIONAL.” Flynn has also referred to Islam as a “cancer” and “political ideology” that “hides behind” religion.

Michael Flynn is also adviser to the leading anti-Muslim grassroots group, ACT for America, and has said Islam is a “cancer.” Lovely.

Legal advocacy group Muslim Advocates also released a statement on Flynn’s appointment saying it was “deeply disturbed” by Flynn’s selection. “His role in the Trump administration signals support for anti-Muslim policies and sentiment that will undermine our nation’s security and exacerbate an already unsafe climate for Muslims and all Americans,” the statement said. (NOPE. All non-Muslim Americans are just fine with this)

While Pompeo was running for Congress in 2010, his campaign sent out a tweet promoting an article that called his opponent Raj Goyle, an Indian-American Democrat, a “turban topper” who “could be a Muslim, a Hindy, a Buddhist etc who knows.”

In the weeks after the Boston Marathon bombing in 2013, in a speech on the House floor, Pompeo accused Islamic faith leaders of not doing enough in their communities and also accused them of encouraging attackers.

“When the most devastating terrorist attacks on America in the last 20 years comes overwhelmingly from people of a single faith, and are performed in the name of that faith, a special obligation falls on those that are the leaders of that faith,” Pompeo said. “Instead of responding, silence has made these Islamic leaders across America potentially complicit in these acts and more importantly still, in those that may well follow.”
IB Times  In 2013, Senator Jeff Sessions questioned why the National Endowment for the Humanities was spending public money to put 900 books educating people about Islam into libraries across the US.

Muslim Daily Beast, CNN Contributor Tweets: “We will be rioting soon – try to stop us!” https://creepingsharia.wordpress.com/2016/11/17/cnn-contributor-tweets-will-be-rioting-soon-try-to-stop-us/ …

Muslim Daily Beast, CNN Contributor Tweets: “We will be rioting soon – try to stop us!”

During the 2016 election campaign Sessions defended president-elect Trump after his rhetoric about Muslims was called racist following his advocacy for a temporary ban on all Muslims entering the country.

“You cannot defend America if you do not know the nature of the threat we face,” Sessions said in Trump’s defence. He said political correctness needs to be put aside and “we need to understand that threat, intellectually challenge it, challenge it and also militarily challenge it”.

WELL, it is more than likely that their unfettered terror days are numbered in America, if Trump’s picks have their way, in so far that each and every associated front group will be duly outlawed. Dismembered.
President-Elect Trump’s first picks for his administration believe that the Muslim Brotherhood, the parent organization of Hamas, should be designated as a Foreign Terrorist Organization.

Clarion Project recently reported on comments by a senior foreign policy adviser, Dr. Walid Phares, indicating that the future Trump Administration would support the Muslim Brotherhood Terrorist Designation Act. The legislation has passed the House Judiciary Committee and has the support of 87 members of Congress, including two Democrats.

The legislation outlines the evidence linking the Brotherhood and Hamas to the Council on American-Islamic Relations (CAIR), the Islamic Society of North America (ISNA) and the North American Islamic Trust (NAIT).

Senator Jeff Sessions (R-AL) was chosen as attorney general. He is a cosponsor of the Muslim Brotherhood Terrorist Designation Act.

Rep. Mike Pompeo (R-KS) was chosen as director of the CIA. He was one of the original cosponsors of the bill.

President-Elect Trump chose General Michael Flynn for national security adviser. He is on the board of Brigitte Gabriel’s ACT For America activist organization, which advocated for passage of the Muslim Brotherhood Terrorist Designation Act.

ON the second (flip) side of the coin, not only will the domestic front be that much safer due to Trump’s appointments, but the knock-on effects to the foreign front will be exponentially in favor of American interests.

MORE specifically, under 8 years of HUSSEIN’s foreign wildfires, how many understand the many ways in which America’s mortal foes benefited from his administration’s anti-American thrusts?

INCONTESTABLY, what comes to the forefront is their sell-out to Iran’s mastermind terror mullahs via the so-called “binding” agreement. Mind you, the “House of Bribes” tells the horrific tale.

MOREOVER, along HUSSEIN’s continuous and treacherous terrain, both Sunni and Shia terror hydras have been gifted caches of U.S. weapons. As reported in September 2015:

Additional military prizes, courtesy of Obama, included numerous stacks of weaponscrates that were full of the latest and greatest small arms and explosives that will undoubtedly be used against America and our allies in the future.

The taking of Ramadi by the Islamic State group offers a huge military tactical advantage to complete what will likely be their next conquest — conquering Baghdad…..

WHICH brings us up to date, to November 13, 2016, to the never-ending hardware gifted to America’s implacable foes. Rest assured, said largess will cease under the stewardship of Trump’s appointees.

Dozens of US-made M-113 armored personnel carriers, with heavy antiaircraft guns attached to some of them, were displayed at a Hizballah military parade in Syria on November 13, the Washington Post said Wednesday. The parade in the city of al-Qusayr in northern Syria was also said to have included jeeps and all-terrain vehicles equipped with US-made TOW antitank missiles as well as hundreds of armed troops. The report was based on information and pictures posted on social media, including from the Syrian Observatory for Human Rights.

DEBKAfile’s military and intelligence sources say that it is highly likely that the US-made APCs and weapons came from Washington’s aid to the Lebanese military. During a ceremony in August at the port of Beirut to mark the delivery of an American weapons shipment, US ambassador Elizabeth Richard said that Washington is providing about $220 million worth of military aid to Lebanon in 2016.

ALAS, this is just one more reason why Islamic jihadis are going ape-sh-t…..yes, the unraveling of HUSSEIN’s wildfires!

TWO sides of the same coin. 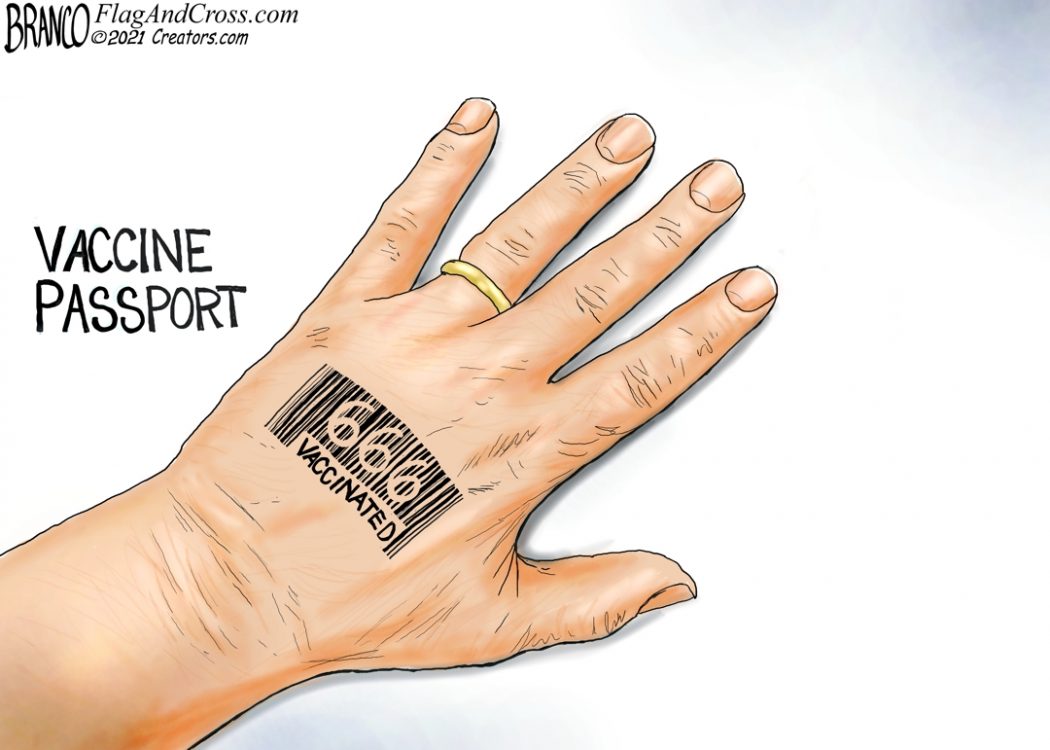