Philadelphia State Rep Brian Sims (Democrat) is a coward who likes to bully those with whom he disagrees – in specific, people who are pro-life. He is pro-choice. But he can’t let a little thing like disagreement stop him from bullying an elderly woman or a couple of teenagers praying at a Planned Parenthood clinic. On Friday, he was a no-show when hundreds of people showed up to rally against his bullying. He just couldn’t bully them all. 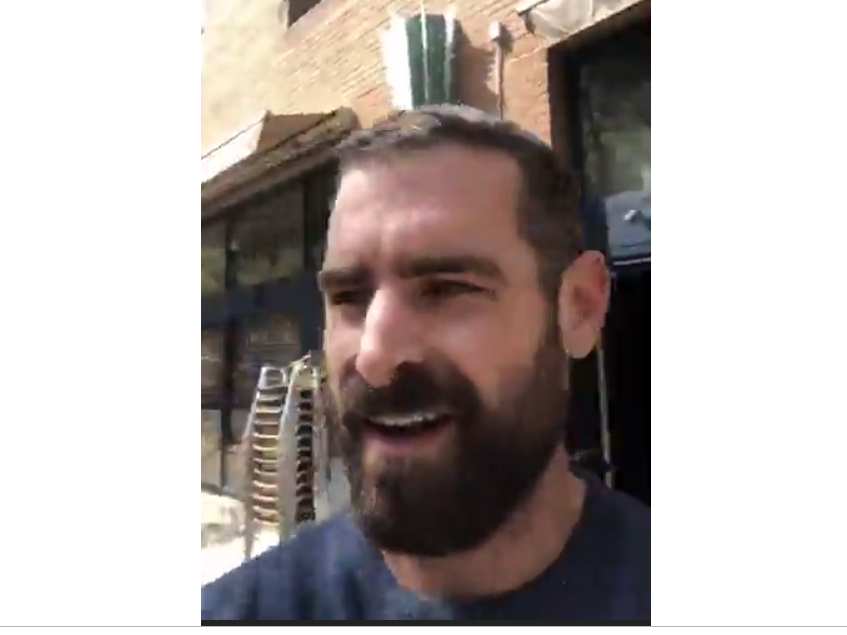 On April 18, Brian Sims filmed himself offering $100 to anyone who would dox two teenage girls – one 13 and one 15 – who were praying outside the clinic. And he arrogantly posted it on Facebook. It took them until May 7 to take it down. And that’s not the only one.

He did the same thing to an elderly woman who was quietly praying outside the clinic. He also asked for people to dox her. Since when is it OK for an elected representative to treat people like that?

“Shame on you! You have a problem protesting in public? Don’t protest in public! If you know who this woman is and you can give me her address, we’ll protest out in front of her home. Let’s go protest out of her house and tell her what’s right for her body.”

The lady finally asked him to get his camera out of her face. Then he responded:

“Today’s protester, now she is an old white lady who is going to try to avoid showing you her face. But the same laws, luckily, that protect her from being out here also protect me from showing you who she is. And so my hope is that you’ll donate $100 [to Planned Parenthood] for every extra hour that this woman is out here telling people what is right for their bodies.”

Keep in mind, this jackwagon does not represent the gay community nor the women of America. He’s an obnoxious jerk. And those “laws” that supposedly protect him may not after all. In his bigoted fervor if anyone gets actually harmed by his leftist antics, he would be liable for it.

But on Friday, a rally against bullying outside the same PP clinic garnered hundreds of pro-life protesters. Sims was a no-show because cowards only pick on people who can’t fight back. There were plenty of men in that crowd.

We have written about Brian Sims before when he flipped off the Vice President. He should step down or be recalled. But of course in today’s nasty environment, that’s not likely to happen.

Today I got to teach my kids that standing up for what you believe in and what is right…is what we do!! Proud to teach the next generation to fight for the unborn, freedom, and against the silencing of opposing views.#ResignBrianSims #ProLifePhilly #prolife pic.twitter.com/W7dK6joEV2

Days after @BrianSimsPA proudly posted video of himself bullying a lone woman praying these people showed up to pray at the #RallyAgainstBullying.

“If the [Pennsylvania] General Assembly does not act to stop this maniac, then the next thing coming down the pike is going to be feeding pro-lifers to zoo animals for entertainment. That’s where this is going. The open harassment of Christians must be stopped or it will end with blood at the hands of these hate-filled bigots without boundaries. He actually encourages everyone watching the video to go out and confront any protester they see at a Planned Parenthood abortion mill. Did he call for criminal harassment? It sure sounds like it.”

One of these days this idiot is going to bully the wrong person. Can hardly wait for that day.