This level of “wokeness” coming from a university professor shouldn’t be a surprise.

It’s especially not a shock when you realize that it’s coming from the same institution that “educated” the nescient Democrat Congresswoman from New York’s 14th District, Alexandria Ocasio-Cortez.

Boston University published a tweet thread on Wednesday in homage to the birth of the new era ushered in after the death of Leftist Saint George Floyd on the 2nd anniversary of what Nutty Nancy Pelosi called his “sacrifice for justice.”

Two years after the murder of George Floyd, several members of the BU community, from students to legal scholars, came together to reflect on what we have learned from the tragedy and what progress still needs to happen.

In this thread, listen and read what they have to say.🧵⬇️

One of the videos tweeted by the university was of Saida Grundy a “feminist scholar of race and ethnicity” who is an associate professor in BU’s Department of Sociology & Program in African American Studies. Grundy is also a contributor to The Atlantic and has praised neo-racist Ibram X. Kendi (aka. Ibram Henry Rogers, or as I call him “Hank”,) for being named one of Time’s “100 Most Influential People” in 2020 and starting the “Center for Antiracist Research” at Boston University.

In her video, Grundy dismissed the rioting, looting, and violence after the death of George Floyd and basically said that black people are exempt from the standards to which others are held accountable. She called the rioting and looting “community reactions” indicating that this is just one way that black people respond to tragedies.

Seems a bit racist, if you ask me.

“If we’re going to talk about George Floyd and really understand, then we need to understand community reactions,” she began.

Grundy then blasted politicians who were condemning the rioting and looting saying that “it’s really important for people who see reactions of communities to not judge and to not make assumptions about what is good and not good reactions.” She said that condemning the illegal behavior is “actually [re-victimizing] communities by saying there’s an acceptable and a not acceptable way to react.”

She also said that the “community” (ie. “black”) response of rioting and looting is just an extension of who black people are since they “historically have been property” and urging people to not damage property takes away “one of our greatest weapons against injustice was the looting of ourselves as property from the system of slavery. And what we see in communities is they are reacting to the very racism of what we call property.”

“Looting themselves”??? That’s… not how that works.

“I think it's very important for people who see reactions in communities not to judge or make assumptions about what is good and not good reactions. And not actually re-victimize communities by saying there's an acceptable and not acceptable way to react.”— @BU_CAS's Saida Grundy pic.twitter.com/FK85qVF3Xf

Here’s a transcript in case the tweet is removed.

GRUNDY: If we’re going to talk about George Floyd and really understand, then we need to understand community reactions to it. We often hear politicians, we hear civic leaders from inside black communities and from outside of them as well. We hear President Biden say, ‘You know, I understand your frustration, but don’t destroy property.” Well, when you say that to black people, who historically have been property, one of our greatest weapons against injustice was the looting of ourselves as property from the system of slavery. And what we see in communities is they are reacting to the very racism of what we call property, right? So that’s why I think it’s very important for people who see reactions in communities to not judge and to not make assumptions about what is good and not good reactions. And not to actually re-victimize communities by saying there’s an acceptable and not acceptable way to react. Listen to them, and then we can say what these communities need.

Axios had reported in 2020 that the damage from rioting during the “summer of love” was $1 billion.

By 2021, the number had ballooned to almost double.

In April 2021, Fox News published an article highlighting a New York Times piece criticizing a number of GOP state lawmakers for passing laws to prevent rioting, looting, and violence, that ignored significant levels of property damage and a number of deaths that occurred in the wake of the death of George Floyd.

“Protests and riots following the 2020 killing of Floyd resulted in at least 18 deaths, $350 million worth of property damage in the Minneapolis area and nearly $2 billion nationwide,” stated the Fox News article.

One billion, two billion… those are just numbers that are difficult for people to conceptualize.

Here’s something that isn’t difficult to understand — the small businesses that were destroyed because the left made it acceptable for rioters to vent their rage against innocent people and businesses.

And many of those that were damaged and looted were minority-owned businesses.

But none of that matters to Saida Grundy. She is clearly a bitter woman who apparently believes that black people are entitled to special privileges because of historical wrongs. And they’re the only group that deserves this treatment despite every group having been wronged throughout all of human history.

If Saida Grundy was white, she’d be called a vicious racist — and rightfully so.

Ironically, it’s people who think like Grundy that call black conservatives like Justice Clarence Thomas, Thomas Sowell, Larry Elder, Candace Owens, and Senator Tim Scott racist slurs like “Uncle Tom”, “race traitors”, or “slaves” simply because they hold different policy positions from the rabid Leftists. Someone might say that “they ain’t black” because they support the “wrong” guy, or that they’re just giving the GOP a “patina of diversity.”

And yet, suggesting that rioting is endemic to black communities as Grundy seems to do is somehow not racist.

How does that work?

Grundy’s excusing of rioting and looting is just as bad as when the same sorts of “woke” activists on the left like Stacey Abrams insist that black people are incapable of obtaining an ID to vote and any attempt to secure elections is reinstating Jim Crow. It’s one of the most bloody racist things imaginable and yet, it was pushed by the Regime Media as fact. It was also a lie as voter turnout in Georgia’s primaries showed.

But we shouldn’t be surprised that the new, trendy “antiracist” activists are pushing racism — that is its raisons d’être. Hank Kendi can’t even properly define what racism is — and that’s probably intentional. It’s easier to grift with a shroud of pseudo-intellectualism and avoid the hard facts that can destroy your life’s work.

These “antiracist” activists are the same people who are putting poor communities at risk — many of which were minority-majority communities — in their calls to “defund” or “abolish” police in order to combat “systemic racism.” But that’s not what voters want, they want more policing.

This “antiracism” is the new racism and everyone would be much better off if we called it what it is. 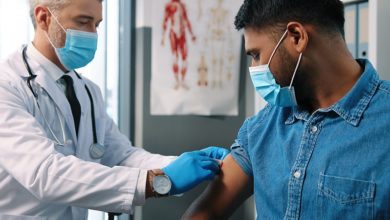 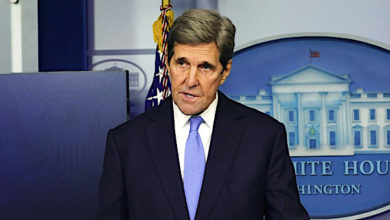