In what may have been an effort to gain some headlines and momentum in his trailing race for the Democratic presidential nomination, anti-gun New Jersey Sen. Cory Booker single-handedly proved Monday that the “gun lobby” is not paranoid after all.

For decades, the National Rifle Association, Citizens Committee for the Right to Keep and Bear Arms and other Second Amendment watchdog groups have been warning that gun control proponents are really gun prohibitionists who want to turn a right into a regulated privilege. Booker’s wide-ranging gun control proposals literally confirm what NRA, CCRKBA and others have been insisting for decades.

Quoted by the New York Times, CCRKBA Chairman Alan Gottlieb called Booker’s multi-level proposal “nothing more than a combination of every pie-in-the-sky idea on the gun control wish list.”

The newspaper said NRA had no comment, but Gottlieb certainly did. In a prepared statement, the veteran gun rights advocate asserted that Booker wants to throw the Second Amendment “into the trash.”

“Proposals like this underscore why American gun owners are increasingly distrustful of Democrats,” Gottlieb observed. “Booker’s plan is demagoguery on steroids, and it once again targets the wrong people. He doesn’t want to crack down on criminals, he wants to create new ones with the stroke of a pen.”

Yet, for many years, one Democrat after another has condescendingly told American gun owners, “Nobody wants to take your guns.”

Booker’s proposal says otherwise by including a ban on so-called “assault weapons,” and Gottlieb noted with some alarm that none of the other 21 Democrats who are also running for the nomination have denounced any part of his scheme.

“If they all agree with Booker,” Gottlieb suggested, “they need to admit it now so voters realize they are all willing to trample on the Bill of Rights.”

Just what is in Booker’s plan? Booker’s scheme calls for the federal licensing of all gun owners on a five-year basis. That’s not how other rights are treated.

He calls for Microstamping, a technology that has not prevented or solved any crime, and would make firearms prohibitively expensive for no discernable benefit.

He would resurrect the failed one-gun-a-month mandate that never prevented a single crime when it was tried, and later repealed, in South Carolina and Virginia.

So far, CCRKBA has emerged as the only national gun rights organization to publicly respond to Booker with scathing remarks.

“For a person hoping to be elected to the highest office in the land to advocate such an outrageous proposal isn’t just disappointing, it is disturbing,” Gottlieb observed. “Proposals like this underscore why American gun owners are increasingly distrustful of Democrats.” 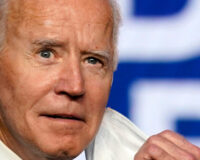 72 Child Sexual Assault Charges Have Been Filed In NC Against Illegal Aliens So Far This Month & July Isn’t Over Yet
July 23rd, 2021 Sons of Liberty Media 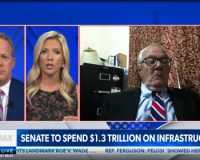