Book burning, whether it’s the physical books and articles, or digital versions of the same… always leads somewhere.

First the book are burned, then the people who read them and write them are burned.

Banned today by Twitter or new Democrat ideological purity laws coming in the first half of 2021… then burned alive tomorrow by the Democrat Party. It’s following the Nazi plan of 1933 provided by Joseph Goebbels exactly. This German history is well known to intellectual leaders, agents, provocateurs of the Democrat Party. And they embrace it.

Books which did not agree with the ideas of the Third Reich were burned.

Libertarians, pacifists, socialists, communists, medical and psychological books, many by Jewish authors were consigned to the bonfires.

In addition to the burning, Party leaders showed up and gave speeches about how important it is to eliminate free speech.

The book burning was announced one month earlier by the Nazi government-controlled Main Office for Press and Propaganda of the German Student Union. The student union ordered a countrywide “Action against the ‘Un-German Spirit’” which would culminate with a cleansing by fire.

Later on, not only the books, but the authors and readers of those books were “cleansed by fire”. Murdered

Cleansing Republicans by fire is exactly where the Democrats are moving now.
If the American people are disarmed, this will certainly happen.

If the viewpoint of the speaker or author is different from the Twitter, Google, Facebook people’s hard left ideology… then digital burning is in order.

The Democrat Party and their lying propagandists in the lying liberal media (read, CNN and MSNBC) has for four years demonized those who disagree with them.

The burning targets were anyone who is a constitutional Republican, Libertarian, or MAGA supporter.

The Democrat Party seeks to dehumanize their opposition by calling them “white supremacists”, “nazis”, “conspiracy theorists” and so on. The list is almost endless. And most recently “domestic terrorists”.

The Democrat Media Complex has been doing the same, in lockstep with the Democrat Party.

All this has one purpose: to get us ready for the fire. This is very real, and the alternative is to peacefully resist or to be led willingly into the Democrat gas chambers.

George Washington stated it this way:

On the State Level

Virginia Democrats proposed a law which allows any opinion different from that of the Democrat government to be criminalized.

On the National Level

Newly elected Democrat Cori Bush is proposing legislation to remove from congress Republicans who attempted to “overturn the election.”  Meaning anyone who stated that election fraud occurred would be subject to removal from congress.

Legislation is also being proposed by Democrats to criminalize speech which they deem to be “conspiracy theory” or “radical”.

This is a well trodden path that always ends in disaster, at first for those who are the targets of the book burners. Then later for those who burned the books.

On Amazon, it’s a guidebook in the fight for Free Speech:

In paperback and E-book. 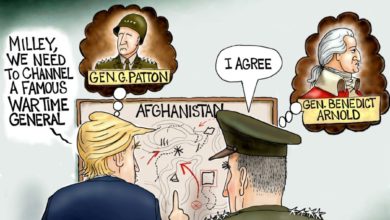 Cartoon of the Day: Chief of Shaft 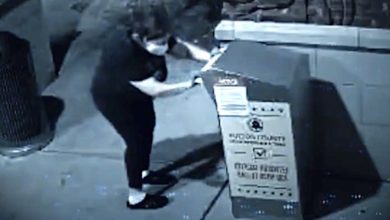 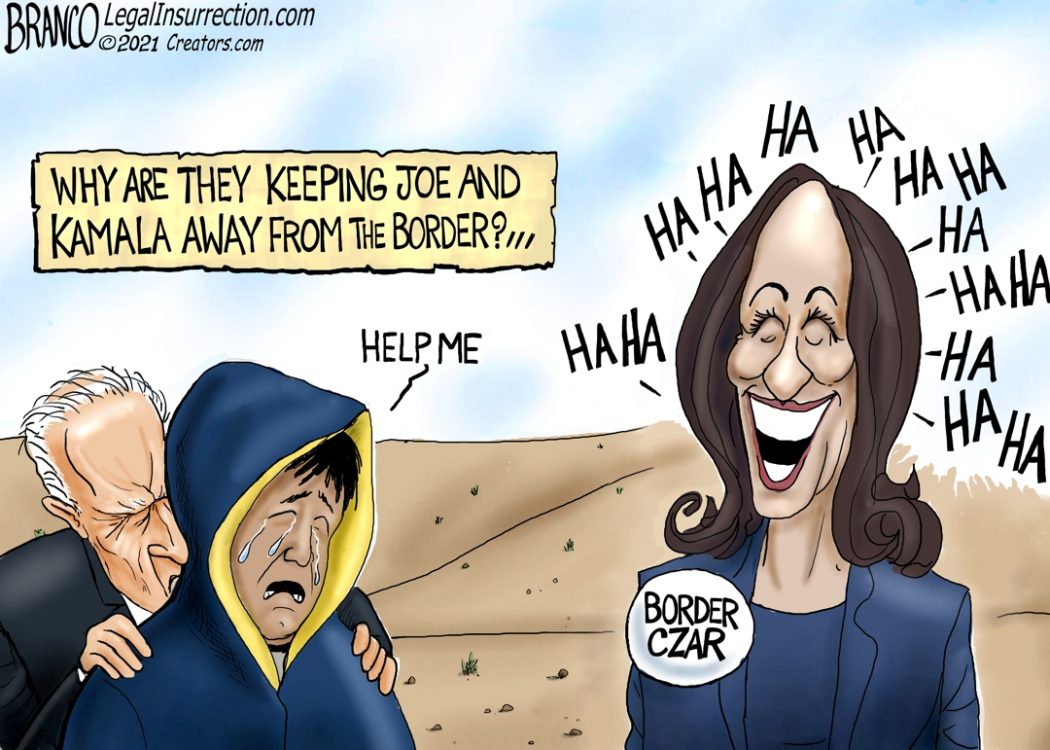 Cartoon of the Day: Border Clowns