Anti-gun billionaire Michael Bloomberg’s Johnny-come-lately presidential campaign is resorting to scare tactics, reportedly sounding the alarm that Sen. Bernie Sanders may soon “amass an unsurmountable delegate lead if the Democratic field stays split,” according to a report at Axios.com.

This comes at the same time the Wall Street Journal is reporting Bloomberg’s campaign “is hiring hundreds of workers in California to post regularly on their personal social-media accounts in support of the candidate and send text messages to their friends about him.”

Both stories broke hours before the former New York City mayor makes his presidential debate debut with the remaining Democrat front-runners in an appearance that will put Bloomberg in a spot he’s never before been: a nationally-televised forum where everyone is literally out to bring him down to size.

The Axios.com report asserts Sanders is “the indisputable—if underappreciated—frontrunner” in the Democrat race. The prospect of Sanders walking into the Democratic National Convention this summer to claim the nomination has some people in the party uneasy, if not downright terrified. And if he is in the lead and does not get the convention nod, the likelihood his faithful followers will abandon the election, if not the party, would be very bad news for Democrats.

Against this backdrop, Congress has its own problems, as a new Rasmussen survey shows 51 percent of likely voters think Congress is doing a poor job. Only 21 percent of survey respondents think Capitol Hill is doing good or “excellent.” How much of that has been influenced by the Democrats’ impeachment debacle isn’t known, but what is known is that 31 percent of all voters think their Congressional representative is “the best possible person for the job.” Only 37 percent think their district representative deserves re-election, and that can’t be good news for Democrats, who hold the House majority so there are more of them to fall into the category of unpopularity.

At the same time, however, 50 percent of Americans think President Donald Trump is doing a good job, while 49 percent disagree, so the more infighting Democrats do, the better the odds that the president will win reelection in November. That’s according to Rasmussen’s daily presidential tracking poll.

Bloomberg’s entry into the race has seen the billionaire spending tens of millions of dollars to raise his profile, but that’s not all a plus. Many Democrats, and especially Sanders supporters who favor his socialist-leaning agenda, don’t like Bloomberg for his wealth. They see him as trying to buy the nomination and then the election.

As if to underscore that, the Austin American-Statesman is reporting that Bloomberg’s Everytown for Gun Safety lobbying organization “expects to send $8 million in Texas before the November general election.” Everytown’s Action Fund earlier announced it would be spending at least $60 million to help elect Democrats nationwide, and one of those efforts is to flip Texas, which has been voting Republican, but has experienced an influx of people moving there from anti-gun states such as California.

Bloomberg has weaponized his vast wealth, say critics, to finance his gun control effort as well as his presidential campaign. His numbers have gone up, but how he fares in the Nevada debate and in the aftermath when pundits and critics start dissecting his performance could determine whether Bloomberg has a chance at the nomination, or if he’s just playing a rich man’s spoiler game. 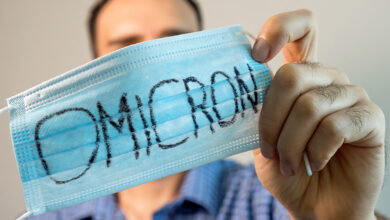