For just over four months, Wayne Bradley could be heard spreading the conservative message on Detroit’s 910AM Superstation. Then GOP nominee Donald Trump came to town, and things changed drastically.  In fact, he lost his non-paying radio program when station management informed him by email that he was on “hiatus.”  That was on a Friday.  By Monday, he learned that the show was canceled — for good.

Bradley is not only a talk show host, he’s a black conservative who happens to be the State Director of African American Engagement for the Republican National Committee.

When that happens, he told me on Friday, he generally doesn’t plug the station (which, in case you missed it, didn’t pay him anything anyway).

Keep in mind that Bradley had nothing to do with the campaign event, but he did meet and shake the candidate’s hand.

When The American Mirror contacted the Detroit radio station, a representative said, “He’s no longer on the air,” after being asked about Bradley.

Asked why that was, the station representative told The American Mirror “I really don’t know. It was a business decision on the back-end.”

Wayne said the radio station has long known that he worked with the Republican Party, but said Trump’s visit to Detroit is what set off the network to pull him from the air.

But the Detroit News reported this after not talking with Bradley:

But station owner Kevin Adell said Friday Bradley was fired “for violating corporate policy” and not because of his political stance.

“When I hired Wayne I knew his political views, I knew he was for Trump, it had nothing to do with that,” Adell said. “He violated corporate policy, that’s why he got fired. He was let go for insubordination.”

Which policy is that?  No one knows and no one at the station would talk to us.

We contacted 910AM and spoke to an administrative assistant who refused to provide her name. According to the person we spoke to, no one at the station was available for comment because they were, “very, very” busy with meetings about Bradley’s dismissal. (Which speaks volumes in itself).

The unnamed assistant told us that a statement would be released, but she was unsure when that might happen.

On Friday, the station posted this non-statement that explains absolutely nothing: 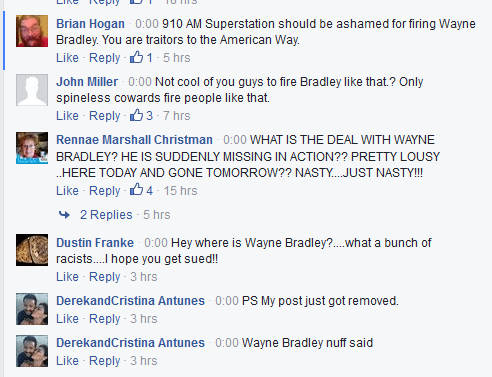 Regardless of the reason, Bradley said he appreciated the opportunity to have a dialogue with the community and was very grateful to have the air time.

Moreover, he said that he understands the left-wing political climate in Detroit and respects the owner’s decision.

While he respects the decision, he told us he was “disappointed” with management for “silencing the dialogue.”

Meanwhile, the Oakland County Republican Party has offered their support for Wayne Bradley and asked fellow Republicans to call Superstation 910AM at:

In my view, something doesn’t add up with Adell’s statement, which comes a week after Bradley was suddenly placed on “hiatus.” 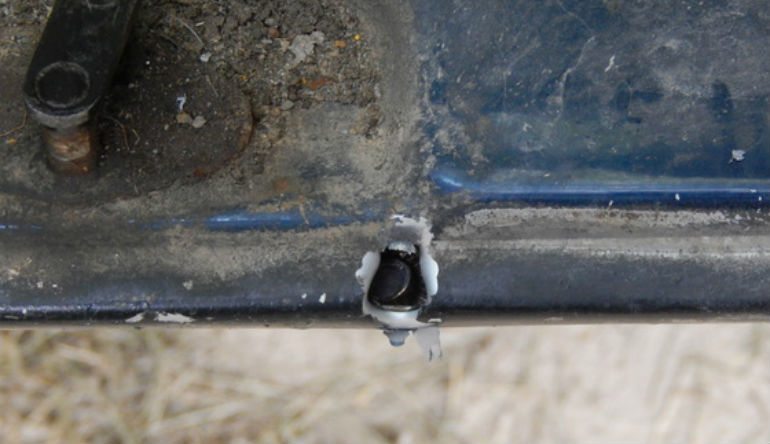